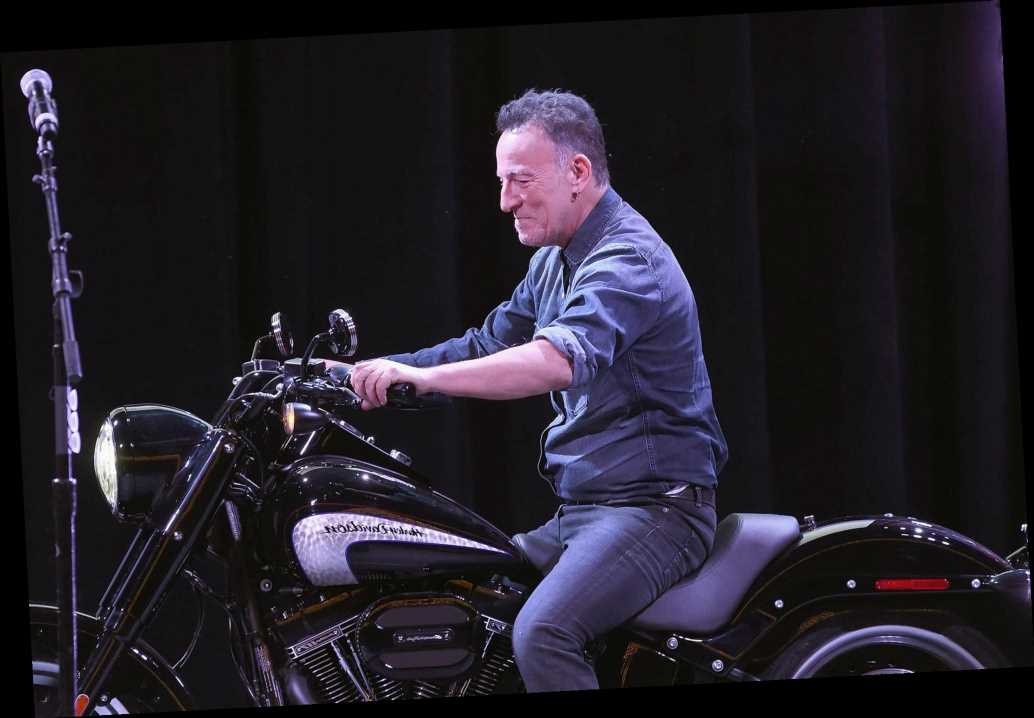 Blunder Road: Springsteen busted for DWI after a shot of tequila with fans

We’ve got it covered: How Springsteen’s DWI bust may grace The Post’s front page

Bruce Springsteen tried to act like “The Boss” during his DWI bust — by allegedly refusing to take a breathalyzer even though he reeked of alcohol, appeared drunk and had just poured the last shot out of a Patron bottle, according to sources and a police report.

The stunning new details have emerged in Springsteen’s Nov. 14 arrest at Gateway National Recreation Area in Sandy Hook, New Jersey, when the “Glory Days” singer was allegedly spotted by a park officer taking a shot of tequila with fans.

“The incident escalated because once the officer approached Bruce on his motorcycle he refused to take a breathalyzer test,” a source close to Springsteen said. “The cop got pissed off, took Bruce in, and made him do bloodwork.”

Springsteen also allegedly admitted to the park ranger, R.L. Hayes, that he’d downed two shots of tequila before trying to leave the picturesque federal park on his motorcycle.

Hayes wrote in a probable cause affidavit that he was on foot patrol when he spotted the 71-year-old rock legend downing a shot of Patron before getting on his bike and “start the engine.”

“The Patron bottle that the shot was poured out of was completely empty (750ml),” the ranger wrote in the affidavit. “I asked Springsteen if he was leaving and he confirmed that he was going to drive out of the park.”

The ranger said he advised Springsteen — who was near the park’s historic lighthouse — that drinking on park premises “is prohibited.”

He claimed in the report that the New Jersey native “smelt strongly of alcohol coming off his person and had glassy eyes” — and refused to take a breathalyzer “despite signs of intoxication.”

Springsteen allegedly “claimed that he had two shots of tequila in the last 20 minutes.”

Hayes said he “observed four out of six clues on the horizontal gaze nystagmus test.”

He wrote that Springsteen was “visibly swaying back and forth while I observed his eyes.”

“I observed five out of eight clues on the walk and turn test,” the ranger also noted. “Springsteen took 45 total steps during the walk and turn instead of the instructed 19. [He] refused to provide a sample on the preliminary breath test.”

The “Born to Run” crooner was apparently hauled in for bloodwork instead, with his blood-alcohol content clocking in at 0.02 — below New Jersey’s legal limit while driving of .08, the Asbury Park Press reported.

A source told Page Six late Wednesday that the musician was out riding his motorcycle when he was spotted by adoring fans “who asked him to pull over and take some pictures.”

“Bruce stopped, took the pictures, then a fan offered him a shot of liquor, which he took, while sitting on his bike, which was stationary,” the source said.

Springsteen is charged with DWI, reckless driving and consuming alcohol in a closed area.

He is expected to appear for a virtual court hearing sometime this month.

A clerk for Judge Anthony Mautone, who will oversee the case in federal enclave court, refused to provide documents to The Post.

As news of Springsteen’s arrest emerged, Jeep yanked an Super Bowl ad featuring the star, saying it was only “right that we pause our Big Game commercial until the actual facts can be established. Its message of community and unity is as relevant as ever. As is the message that drinking and driving can never be condoned.”