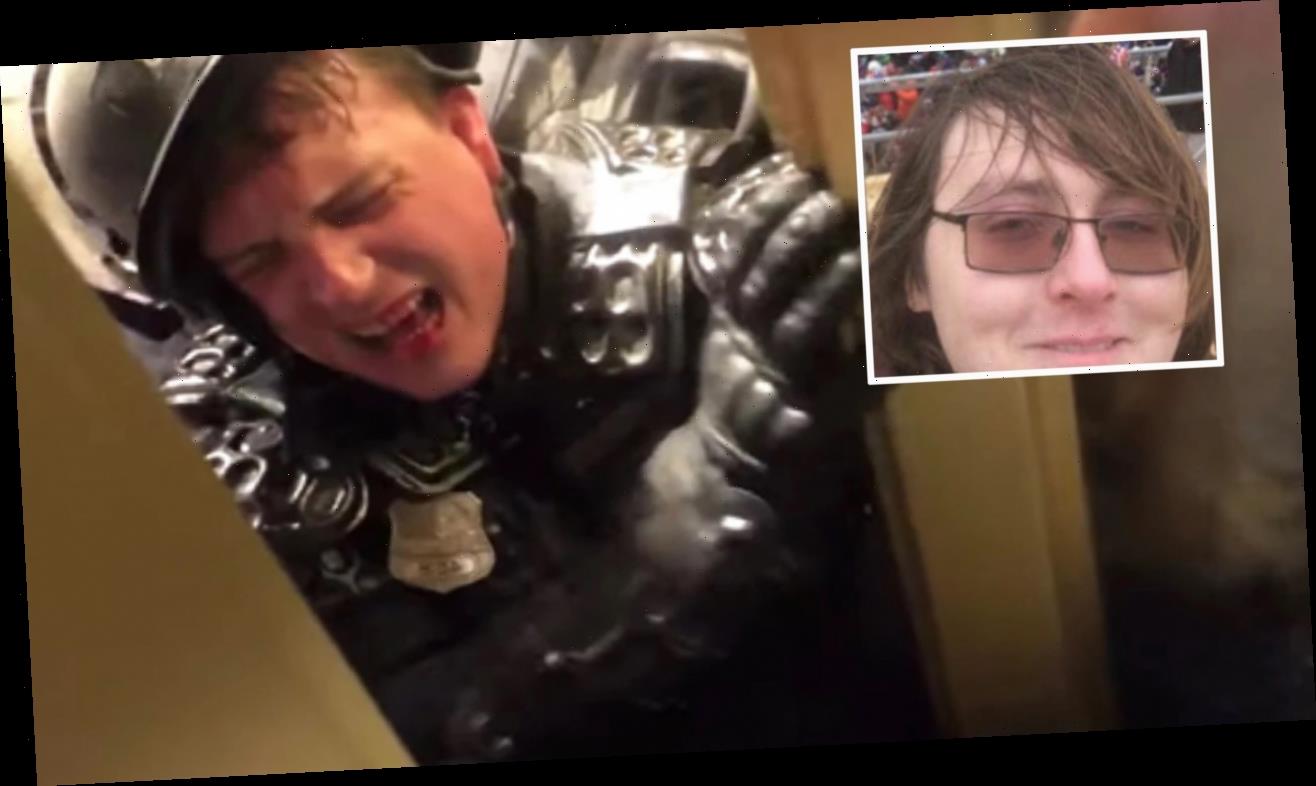 Capitol protester: I’m here because ‘President Trump told us we had something big to look forward to’

A Connecticut man has been accused of an assault on a Washington, D.C., police officer who is seen in a startling video howling and writhing in pain as he’s pushed against a doorframe during the Capitol riot earlier this month, officials said.

Patrick McCaughey III, 23, was arrested Tuesday in South Salem, N.Y., on charges including assaulting, resisting or impeding officers, violent entry or disorderly conduct, and entering a restricted building or grounds, according to a press release and a criminal complaint.

The Connecticut man was seen at the front of a group of people pushing into uniformed police at an entrance to the Capitol, including metropolitan police officer Daniel Hodges, according to an affidavit.

Approximately 20 minutes into the video, shared as part of the court papers, Hodges can be heard shouting in pain as McCaughey yells at him, “Just go home,” while he and the group continue to push into him.

“You see me. Just go home. Talk to your buddies and go home,” McCaughey says to the officer in the video, according to court papers. “Don’t try to use that stick on me. I am not hurting you.”

As the video continues, another rioter punches Hodges’ helmet and lifts it over his head to reveal the officer’s bloodied mouth. Meanwhile, McCaughey can be seen pushing against the police shield — and into Hodges, court papers state.

About 21 and a half minutes into the video, McCaughey allegedly taps the officer behind Hodges and appears to taunt him by saying, “Hey you, hey you, this guy isn’t doing too well.”

About 30 seconds later, he appears to state: “Get the f— out of here, move,” though it’s not clear if he’s speaking to Hodges. 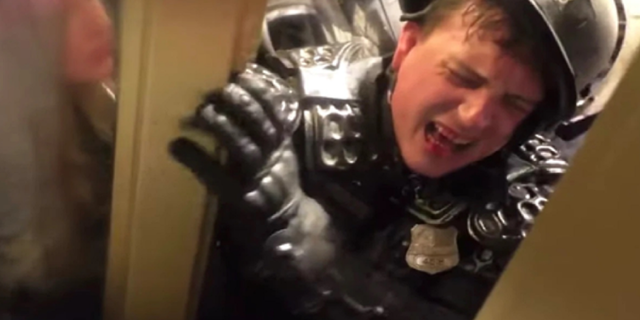 At one point during the Capitol attack, McCaughey told another person, “I’m not doing anything. I’m just a regular person like everybody else,” the marshal said, citing a cellphone video. McCaughey then said, “This is our building.”

A federal magistrate judge in New York ordered McCaughey detained without bail Wednesday afternoon, saying his actions were disturbing and that he presented a threat to the community. McCaughey’s case is being transferred to Washington, D.C. and he will remained detained pending proceedings there early next month.

Police asked for the public’s help in identifying the attackers and released photos of a man later identified as McCaughey seen in the Capitol during the violence on Jan. 6. A witness came forward identifying McCaughey as the person in the photos.

“What this case is really about is a man who on Jan. 6 of this year struck at the heart of American democracy, that is the U.S. Capitol, both literally and figuratively, as part of a mob that was apparently attempting to overturn a legitimate election,” Assistant U.S. Attorney Benjamin Gianforte said during Wednesday’s court hearing, which was held by video conference.

McCaughey’s public defender, Jason Ser, asked for bail to be set at $150,000, saying his client was not as “maniacal and dangerous” as federal prosecutors were portraying him to be. Ser said other people were pushing McCaughey, and other parts of the video show McCaughey trying to help Hodges by lowering the officer’s face shield and telling another officer that Hodges was injured.

McCaughey, who has both U.S. and German citizenship, is unemployed and lives with his mother in Ridgefield, an affluent town along the New York border, Ser said. He was arrested at his father’s second home, where he was quarantining. 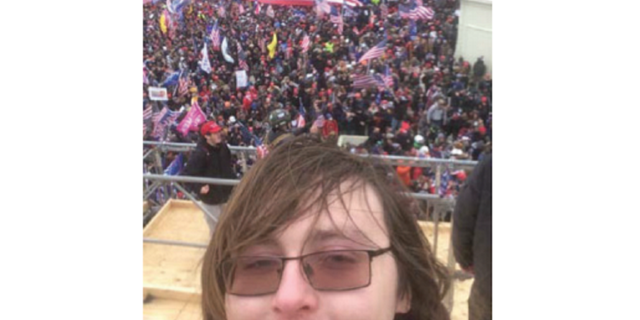 “The image I think that’s being fostered here, created here, by focusing only on parts of the video certainly, I think, do a disservice to Mr. McCaughey,” Ser said. “The government is emphasizing two and a half minutes of out of essentially 23 years of Mr. McCaughey’s life.”

McCaughey is a high school graduate who got good grades, made the honor roll and has no criminal record, Ser said.

More than 150 rioters at the U.S. Capitol have been arrested. The attack came as Congress met to certify the results of the presidential election. Five people died during the riot, including one Capitol Police officer.