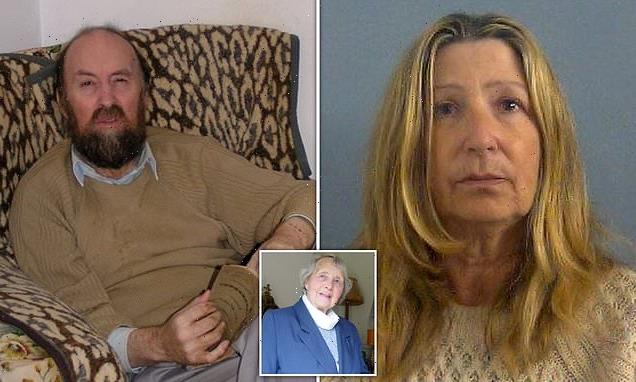 Carer, 62, who forged elderly woman’s will then starved her vulnerable live-in landlord son to death in bid to inherit £1.5m estate is jailed for 28 years – as husband, 66, who failed to stop her is locked up for more than 10 years

A carer who forged an elderly woman’s will before starving her vulnerable live-in landlord son to death in a bid to inherit his £1.5 million estate has been jailed for 28 years today.

Lynda Rickard, 62, was found guilty of murder after the jury heard she deliberately deprived landlord James ‘Anthony’ Sootheran, 59, of food, drink, and medical care to the point that he starved to death.

She then placed the skeletal body of father-of-one Mr Sootheran next to a plate of chocolate bars, a doughnut and a bag of McDonalds that looked ‘fresher than him’ at his Oxfordshire farmhouse.

Rickard’s husband, former US Air Force engineer Wayne, was today jailed for 10-and-a-half years for allowing the death of a vulnerable person.

The Rickards moved into a beautiful farm house set on 60 acres owned by Mr Sootheran in 2006, with the deal being that 62-year-old Lynda would care for his aging mother, Joy.

But despite receiving £47,000 a year in her caring role, she started using Joy’s money as her own and forged her will so that she stood to get the bulk of her million pound estate.

When issues arose regarding the validity of Joy’s will after her death, mother-of-three Lynda turned to forging Mr Sootheran’s will to benefit from his fortune.

The jury heard how Mr Sootheran led a ‘reclusive’ life, and Rickard took advantage of his vulnerabilities, isolating him and keeping family and friends at arm’s length.

Behind closed doors and out of sight of loved ones, the carer was able to deliberately deprive Anthony of food, drink, and medical care to the point that he starved to death.

Just 18 months after elderly Joy died having suffered with dementia, the skeletal body of her son was discovered.

In his younger years, retired auctioneers clerk Mr Sootheran weighed 17 stone but the frail body discovered on March 18 2014 was almost half the size of his former self – weighing a meager nine stone. 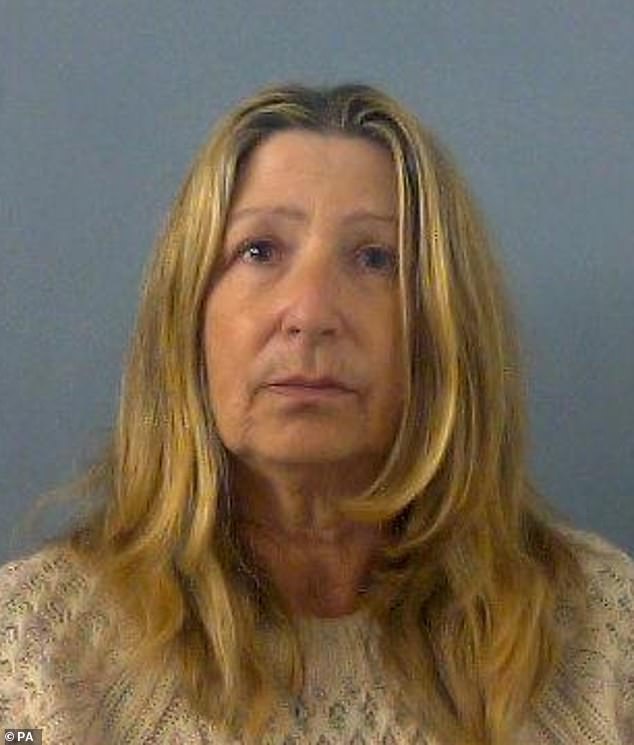 Carer Lynda Rickard, who deliberately starved her live-in landlord to death to inherit a slice of his multimillion-pound estate, was convicted of murder today after his skeletal body was found next to a plate of McDonald’s 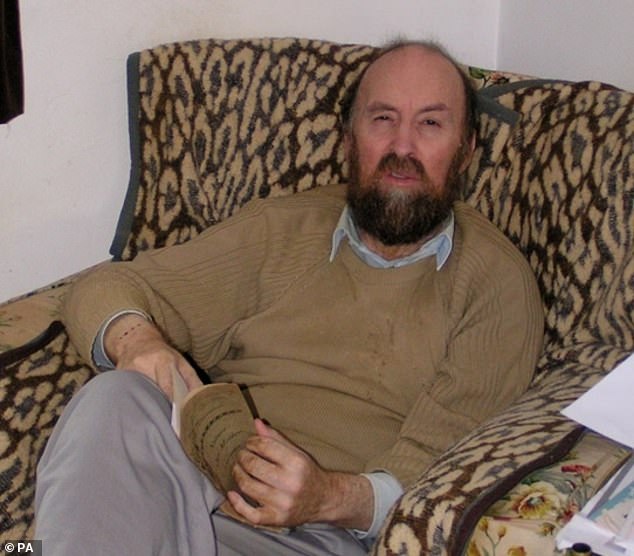 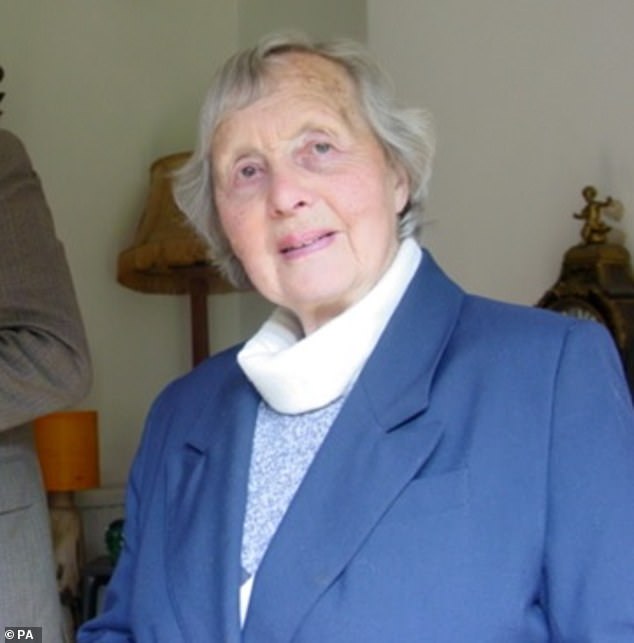 The 62-year-old cared for his aging mother Joy Sootheran (pictured) , but despite receiving £47,000 a year in her role, she soon started using the woman’s money as her own. Mother-of-three Lynda had previously admitted forging the will of Ms Sootheran, in an attempt to gain half of her £1.5million estate

Mother-of-three Lynda had previously admitted forging the will of Ms Sootheran, in an attempt to gain half of her £1.5million estate.

She also admitted to manufacturing the will of Mr Sootheran, the pensioner’s only son.

She claimed that Mr Sootheran’s death was entirely coincidental to her having forged his will, saying it was the consequence of his own self-neglect.

However, on Friday a jury convicted her of murder. Her husband was convicted of causing or allowing the death of a vulnerable adult and one count of fraud and perverting the course of justice.

Senior Crown Prosecutor Robbie Weber said: ‘While living rent-free with her husband at High Havens Farm, Lynda Rickard helped herself to tens of thousands of pounds of the Sootherans’ money.

‘But that wasn’t enough. As we have proved, she was prepared to go as far as deliberately starving Anthony to death so she could inherit a significant amount of his fortune.

‘Lynda Rickard has consistently attempted to cover her tracks with a web of lies fed to friends, family, emergency service workers and financial professionals. 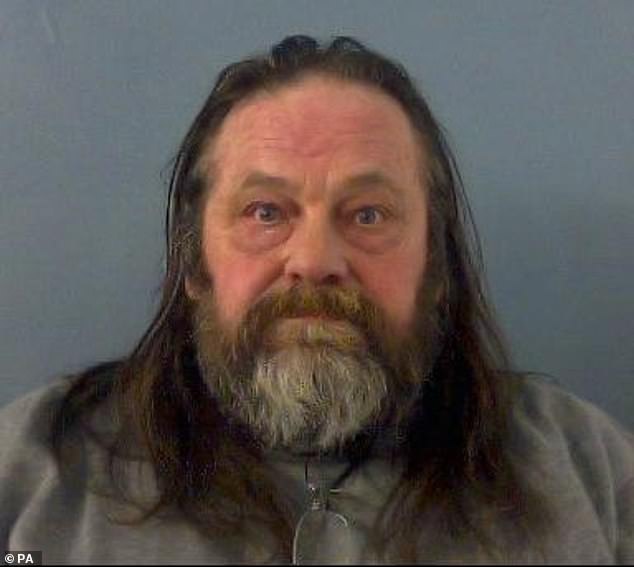 Wayne Rickard, 66, who had frequent contact with Mr Sootheran and would have been aware how seriously ill he was in the days before his death, failed to intervene and get him help 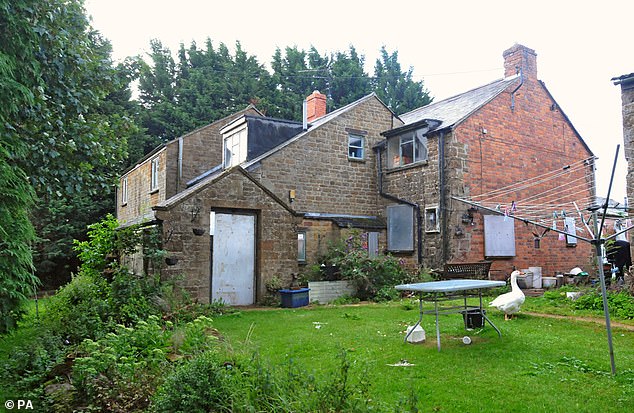 ‘We are pleased the jury has convicted the Rickards of their crimes, in what we understand is a landmark case, and we hope that this brings some sense of justice to Joy and Anthony Sootheran’s loved ones.’

To bring the case to court, the Crown Prosecution Service reviewed more than 20,000 pages of evidence, submitted detailed medical, financial and handwriting evidence, and relied on the accounts of several hundred witnesses.

Medical evidence played a vital part in proving that Mr Sootheran had been severely neglected in the weeks leading to his death, and that he had starved to death.

Mr Weber explained: ‘Medical experts confirmed that, in the weeks before his death, Anthony would have been immobile and therefore totally reliant on Lynda Rickard for food, drink and sanitation.

‘But she deliberately neglected him, and his health rapidly declined.

‘She made no attempt to get help for him in the last days of his life when medical treatment would have saved his life.

‘This is because, having forged his will, she needed him to die so that she could claim their inheritance for her family. 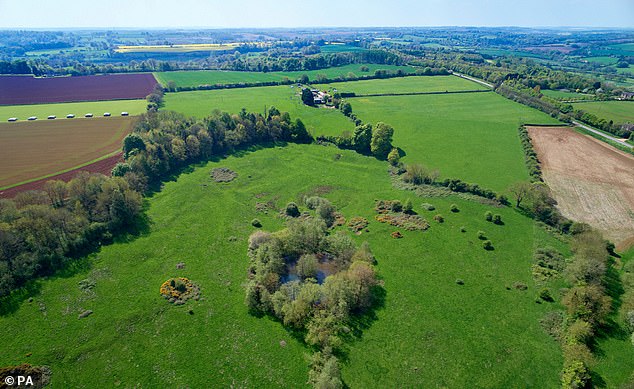 Behind closed doors and out of sight of loved ones, Lynda Rickard was then able to deliberately deprive Mr Sootheran of food, drink, and medical care to the point that he starved to death 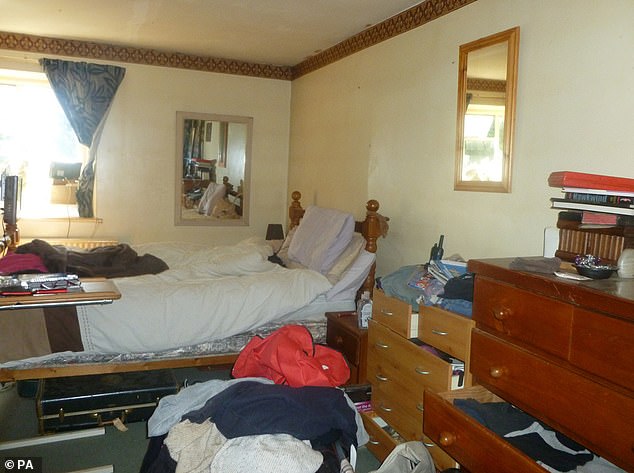 Just 18 months after his mother died having suffered with dementia, the skeletal body of the father-of-one was discovered placed next to a plate of chocolate bars, a donut and a bag of McDonald’s that looked ‘fresher than him,’ a jury heard. Pictured: Mr Sootheran’s bedroom

‘In the case of Wayne Rickard, we were able to prove he played a part in Anthony’s death, because despite living in the same house as Anthony, he failed to take steps to protect him when it would have been obvious that his wife was putting his life at risk.’

Ahead of the trial, Lynda Rickard admitted to several charges relating to her use of the Sootherans’ money as well as forged wills and tenancy agreements, after evidence considered by financial and handwriting experts revealed the extent of her lengthy campaign of fraud while living at High Haven Farm.

Her friend, June Alsford, admitted to fraudulently signing the wills Mrs Rickard had forged and trying to pass them off as genuine, charges which the jury found another friend Shanda Robinson guilty of at trial.

In addition, the jury convicted both Lynda and Wayne Rickard for fraudulently using Joy Sootheran’s money to buy a Mitsubishi Shogun worth around £30,000, and Wayne Rickard of perverting the course of justice.