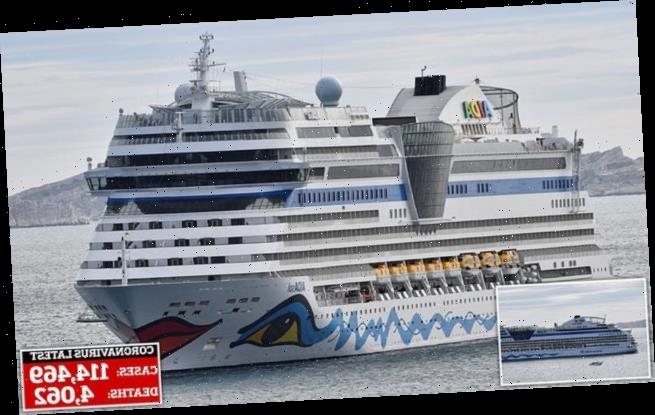 A cruise ship off the French coast has become the latest to have its journey disrupted by coronavirus after it was denied permission to dock in Marseilles today.

Two passengers on the German-owned vessel Aidasol were hauled off the ship over fears they had been infected with the virus.

The ship is now idling in the Mediterranean while the passengers are tested in hospital on the mainland, according to public service broadcaster France Bleu.

The rest of the passengers are being held on the ship with the test results expected this afternoon, it is believed. 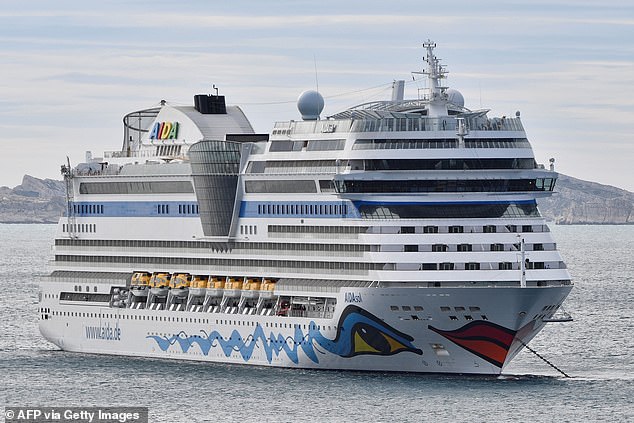 The French reports say that a speedboat was dispatched to send emergency workers to the ship and retrieve the suspected virus patients.

The Aidasol had been due to have a stopover in Marseilles today, but French authorities have apparently refused permission.

The local health authority confirmed that two people were taken to Marseille and were being tested in the port city.

The ship is now off the coast of l’Estaque on the Mediterranean coast while passengers wait for the test results, expected around 3pm French time.

The seven-day cruise, entitled Pearls of the Mediterranean, is meant to stop at Marseilles after arriving from Mallorca and Barcelona, according to the company’s website.

It is then intended to continue to Italy, stopping in Livorno and Rome before ending up back in Mallorca.

The ship is owned by AIDA Cruises, a German subsidiary of cruise ship giant Carnival Corporation. 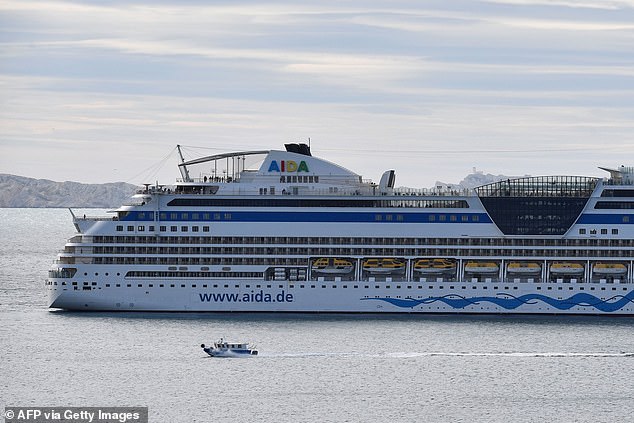 Health authorities around the world have been keeping a watchful eye on cruise ships after a series of voyages were wrecked by virus fears in recent weeks.

The Diamond Princess became one of the world’s largest clusters of virus cases when more than 700 people tested positive during a two-week quarantine in Japan.

A sister ship, the Grand Princess, has been held off the US coast for days after a former passenger died of the virus.

Another vessel, the MS Westerdam, was turned away by five governments in a sign of official panic over cruise ships despite no cases being confirmed on board.

Several other ships have had their journeys disrupted by the virus after passengers required urgent tests or countries refused them permission to dock.

Experts have highlighted a number of reasons why cruise ships are vulnerable to the spread of disease, including the large number of elderly passengers in a confined space.

Some passengers have started to cancel cruise ship bookings or abandon plans to make them as the virus continues to spread around the world.

Cruise ships have also taken preventative measures themselves, with Royal Caribbean turning away guests with passports from China, Hong Kong and Macau and guarding against arrivals from Italy, Iran and South Korea.