BORIS Johnson's pregnant wife Carrie Symonds announced that she received her second Covid jab and urged mums-to-be to do the same.

Taking to social media, Carrie, who is expecting her second child with the PM, said that she was "feeling great". 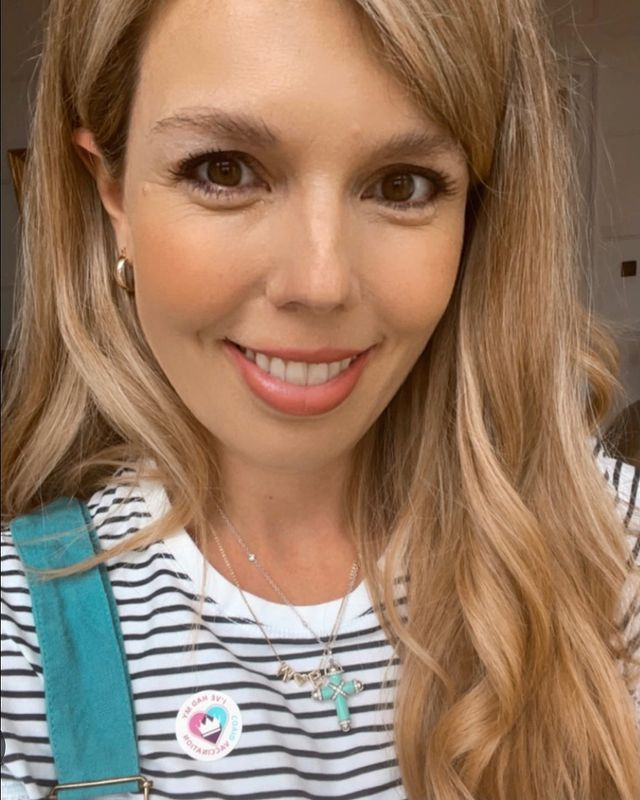 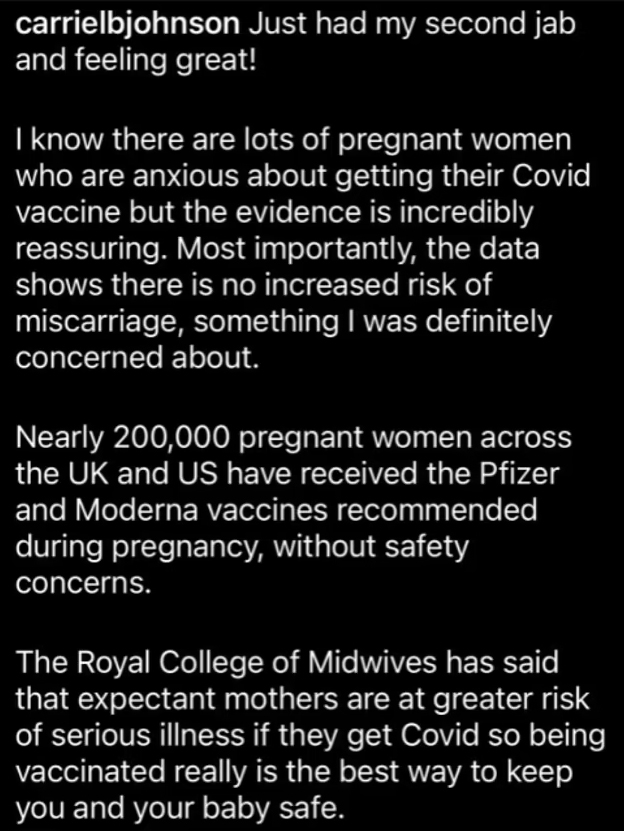 The 33-year-old expectant mother revealed she was expecting a baby before Christmas after losing a child earlier this year.

On Instagram, Carrie wrote: "Just had my second jab and feeling great!

"I know there are lots of pregnant women who are anxious about getting their Covid vaccine but the evidence is incredibly reassuring."

Carrie went on to say that she was concerned about taking the vaccine in case it increased the risk of a miscarriage.

But she said: "The data shows there is no increased risk of miscarriage."

Posting a picture of herself with a Covid-19 vaccine sticker she added: "Nearly 200,000 pregnant women across the UK and US have received the Pfizer and Moderna vaccines recommended during pregnancy, without safety concerns.

"The Royal College of Midwives has said that expectant mothers are at greater risk of serious illness if they get COVID so being vaccinated really is the best way to keep you and your baby safe."

In July health chiefs launched a campaign to urge pregnant women to get the vaccine after Public Health England data found that no pregnant women that had both doses were hospitalised with the virus.

The pair welcomed their firstborn, little Wilfred Lawrie Nicholas Johnson, into the world on April 29 2020 – and he was named after doctors who saved the PM's life.

The proud parents showed off their son on May 2 – with his middle name Nicholas in tribute to the medics who treated Boris as he fought coronavirus.

Carrie gave birth to Wilfred just 16 days after Boris fought for his life in intensive care with coronavirus in the midst of the first lockdown last year.