County Court judge Trevor Wraight sentenced Pusey on Wednesday after he pleaded guilty to the rare charge of outraging public decency for filming the aftermath of the crash on April 22 last year, along with other charges, after the four officers were hit and killed by a truck in Kew. 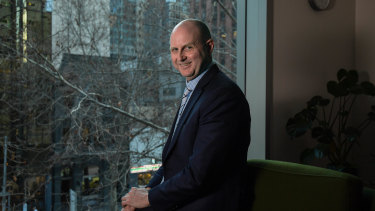 “Mr Pusey was never charged with, or convicted of, the tragic deaths of the four police officers. It is important to remember that Mr Pusey did not stand to be sentenced for their deaths.”

Chief Judge Kidd said denunciation of wrongful conduct in the sentencing process is important, but sentencing is a dispassionate exercise and carried out objectively.

“Justice would not be served if retribution were to prevail over the balanced application of the law. It is a difficult and challenging exercise, but it is what the rule of law demands,” he said.

He encouraged people to read the sentencing remarks of Judge Wraight to understand the factors that were weighed in handing down the judgment.

Outside the court after the sentencing on Wednesday, Stuart Schulze, the husband of Leading Senior Constable Lynette Taylor, said he believed Pusey’s sentence was inadequate.

“It is difficult to comprehend that the court did not seem to understand that when the evidence of an outrageous behaviour is put before it, it is its duty to set the appropriate standard,” he said.

“It’s a sad reflection of this court finding that … this sentence is totally inappropriate of this offending.”

In sentencing Pusey, Judge Wraight said: “Your conduct in recording the police officers in their dying moments, together with the words you used as you recorded, was not only derogatory and horrible … but it was also callous and reprehensible conduct. 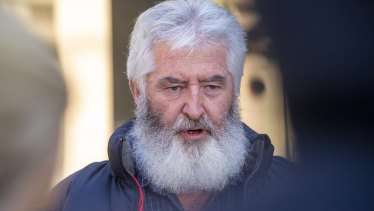 Family members, including Leading Senior Constable Lynette Taylor’s husband Stuart Schulze, were at the County Court on Wednesday for the sentencing.Credit:Wayne Taylor

“While your complex personality disorder may go some way to explaining your behaviour, it is nonetheless behaviour correctly identified as conduct that outrages public decency and in my view represents a serious example.”

He added the conduct was “heartless, cruel and disgraceful”.

Leading Senior Constable Lynette Taylor, Senior Constable Kevin King and constables Glen Humphris and Josh Prestney were hit and killed when a truck driven by Mohinder Singh, addled by drug use and fatigue, veered into the emergency lane at 5.36pm.

The officers had pulled Pusey over minutes earlier for speeding at 149km/h and were discussing impounding his Porsche when they were hit. He was urinating on the side of the road when Singh’s truck hit the officers and the stationary cars.

Police union secretary Wayne Gatt said on Wednesday that he stood by comments he made last year that four upstanding heroes died and one coward lived on the day of the crash.

“It’s perhaps the only thing I’ll ever agree with Mr Pusey on, and that is I share his view about his self-worth, he is a worthless individual that lacks any human traits that would be and should be and is a feature of the Victorian community at large,” he said.

“Judgment for people like this, it doesn’t happen at court. But it will happen. And each and every one of us will face a mortality one day. When his day comes, I hope that he faces the same coldness and the same callousness with which he provided my members when they faced this.”

Pusey watched the sentencing, expressionless, via a video link from prison.

Singh was this month jailed for 22 years after pleading guilty to four charges of culpable driving causing death, and other offences.