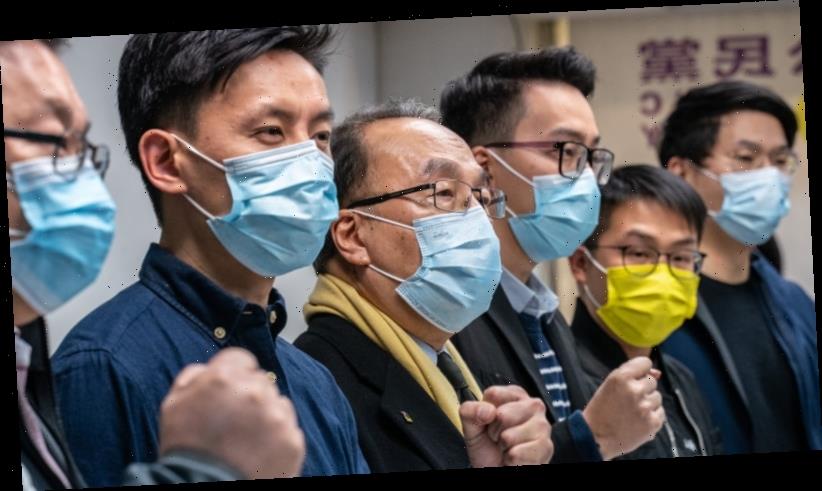 London: Britain says the mass arrest of politicians and activists in Hong Kong shows China "deliberately misled" the world over the true intentions of its National Security Law.

Police rounded up more than 50 of Hong Kong's prominent pro-democracy campaigners, accusing them of trying to overthrow Hong Kong's government. 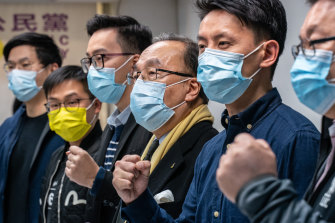 Pro-democracy activists gesture during a press conference on January 6 in Hong Kong after 50 opposition figures were arrested under the national security law.Credit:Getty Images

More than 1000 officers took part in the dawn raids that have stunned Hong-Kongers.

"The mass arrest of politicians and activists in Hong Kong is a grievous attack on Hong Kong's rights and freedoms as protected under the Joint Declaration," he said.

"These arrests demonstrate that the Hong Kong and Chinese authorities deliberately misled the world about the true purpose of the National Security Law, which is being used to crush dissent and opposing political views. 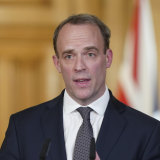 "The UK will not turn our backs on the people of Hong Kong and will continue to offer British Nationals (Overseas) the right to live and work in the UK," he said in a statement.

British Prime Minister Boris Johnson discussed the arrests in a telephone call on Thursday morning AEDT with Canadian Prime Minister Justin Trudeau, and later described the situation as "deeply concerning". Canada Foreign Minister Francois-Philippe Champagne said the arrests demonstrated a total disregard for Hong Kong’s laws and a further erosion of the “One country two systems” framework set up in 1997.

The UK has offered hundreds of thousands of British overseas nationals a pathway to citizenship.

But China has continued to ignore Britain and other international condemnation as it tightens its grip on the peninsula.

The Inter-Parliamentary on Alliance on China, comprising 200 MPs from 20 democratic legislatures including Australia and Britain, said the international community needed to act.

"Mere words are not enough," the IPAC said.

"We call on democratic countries to take immediate action at the United Nations and to consider what joint, punitive economic action can be taken to ensure the Chinese government reconsiders its actions."

Pro-democracy activist Nathan Law, who fled to London after the National Security Law was imposed, said Europe should walk away from the investment deal it recently signed with China.

"In response to Hong Kong's political crackdown, I urge the European Parliament to halt the EU-China investment deal and EU to sanction China and Hong Kong officials who are responsible for the arrests," he said.

"Liberal democracies around the world must continue to speak out against the brutal destruction of a free society.

"We should not be seeking to contain China but to constrain the Chinese Communist Party,” Patten said.

Germany's Chancellor Angela Merkel has come under sustained attack for forging the deal.

Germany's Foreign Minister Heiko Maas criticised China on Thursday and called on China to live up to its international obligations.

"China is deviating further from the commitments it made to Hong Kongers and the international community," he said.

"We call on the Chinese government to live up to its obligations with respect to Hong Kong and uphold the rule of law commitments that are enshrined in its Basic Law."