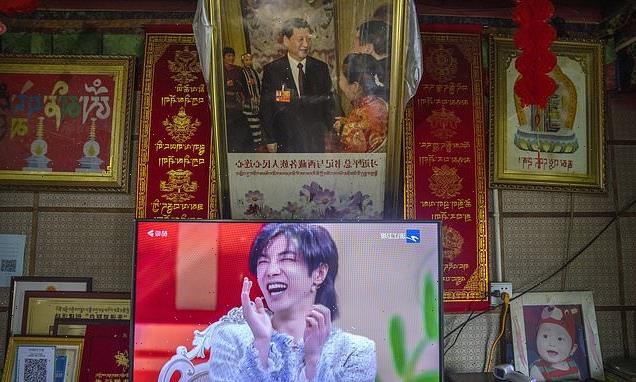 President Xi Jinping has called for a ‘national rejuvenation,’ with tighter Communist Party control of business, education, culture and religion.

The government banned effeminate men on TV and told broadcasters on Thursday to promote ‘revolutionary culture,’ broadening a campaign to tighten control over business and society and enforce official morality. 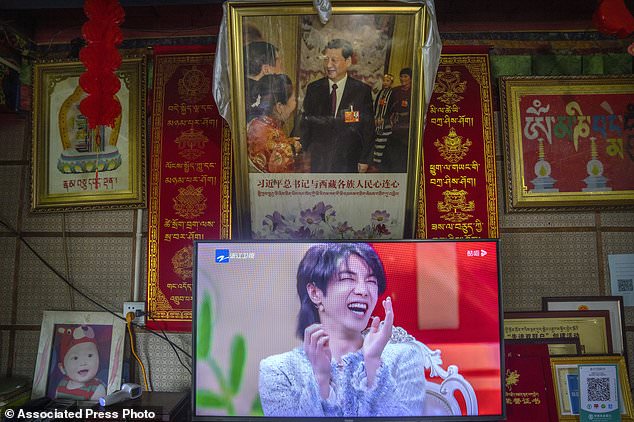 Companies and the public are under increasing pressure to align with its vision for a more powerful China and healthier society.

The party has reduced children’s access to online games and is trying to discourage what it sees as unhealthy attention to celebrities.

Broadcasters must ‘resolutely put an end to sissy men and other abnormal esthetics,’ the TV regulator said.

That reflects official concern that Chinese pop stars, influenced by the sleek, girlish look of some South Korean and Japanese singers and actors, are failing to encourage China’s young men to be masculine enough.

Broadcasters should avoid promoting ‘vulgar internet celebrities’ and admiration of wealth and celebrity, the regulator said. 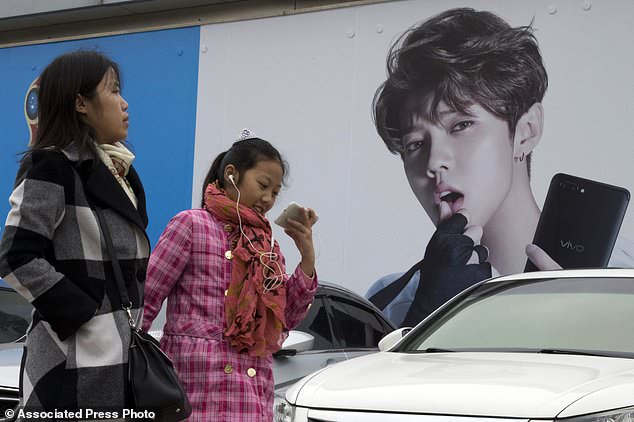 It has launched anti-monopoly, data security and other enforcement actions at companies including games and social media provider Tencent Holding.

It also launched them at e-commerce giant Alibaba Group, who the ruling party worries are too big and independent.

Rules that took effect Wednesday limit anyone under 18 to three hours per week of online games and prohibit play on school days.

Game developers already were required to submit new titles for government approval before they could be released. Officials have called on them to add nationalistic themes.

The party also is tightening control over celebrities, and is going to war over scandal-hit celebrities who it deems as ‘social tumours’.

Broadcasters should avoid performers who ‘violate public order’ or have ‘lost morality,’ the regulator said. Programs about the children of celebrities also are banned.

A popular actress, Zhao Wei, has disappeared from streaming platforms without explanation. Her name has been removed from credits of movies and TV programs.

Thursday’s order told broadcasters to limit pay for performers and to avoid contract terms that might help them evade taxes.

Another actress, Zheng Shuang, was fined 299 million yuan ($46 million) last week on tax evasion charges on Friday in a warning to celebrities to be positive role models.

Experts say President Xi Jinping is launching an attack on post-Mao liberalisation, which along with capitalist free markets, opened people up to Western influences: a celebrity culture which promotes individualism rather than collectivism.

‘From the economic realm, the financial sector to the cultural circle, and to the political field, a profound transformation, or a profound revolution, is taking place,’ wrote nationalistic blogger Li Guangman.

Actresses Zheng Shuang (left) and Zhao Wei. Billionaire actress Zhao Wei was wiped from the internet last week, with films and TV shows she starred in being removed from streaming services, without the government providing any reason. She is the latest star to find herself in Communist crosshairs, with actress Zheng Shuang fined $46 million for tax evasion on Friday.

A list of ‘misbehaving celebrities’ who have allegedly been blacklisted by Beijing was circulated on social media last week.

The rare orchestrated move by all of the major propaganda outlets comes as Beijing attempts to crackdown not just on the Western values which a celebrity culture promotes, but the power wielded by a wealthy elite, which includes the billionaire owners of Chinese tech firms.

Zhao, 45, and Zheng, 30, were both on the list, along with Chinese-Canadian pop star Kris Wu, who was arrested on suspicion of rape this month. 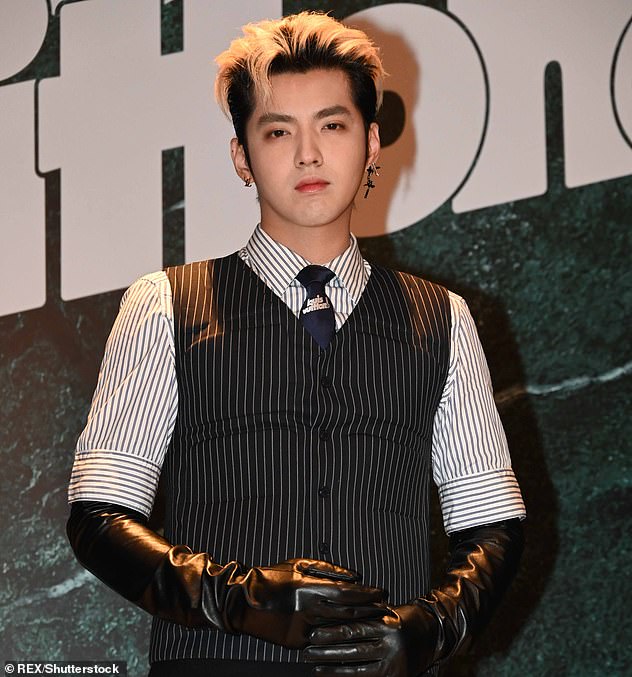 A list of ‘misbehaving celebrities’ who are allegedly blacklisted by the Communist Party was circulated, including Chinese Canadian pop star Kris Wu (pictured), who was arrested on suspicion of rape this month

It comes after Jack Ma, the billionaire owner of Alibaba, disappeared for three months and had his firms restructured.

His latest venture, Ant Group, had been trying to revolutionise Chinese banking and Ma had criticised the country’s traditional financial system.

In addition to Alibaba, DiDi (‘Chinese Uber’) was pulled from app stores for courting foreign investment, while video game developer Tencent was accused of poisoning children with ‘spiritual opium.’

The tech sector accounts for almost a third of China’s economy – but the government crackdown on big tech has wiped an estimated $1.2trillion off the market.

Children were this week banned from playing online games for more than three hours a week, in a further blow to the colossal video game companies which dominate China’s tech sector.

On Monday, the Communist Party’s top disciplinary committee heard evidence that capitalism was seeking ‘to manipulate’ young people, ‘to plunder economic benefits and even to influence the society’s thoughts and cultures.’ 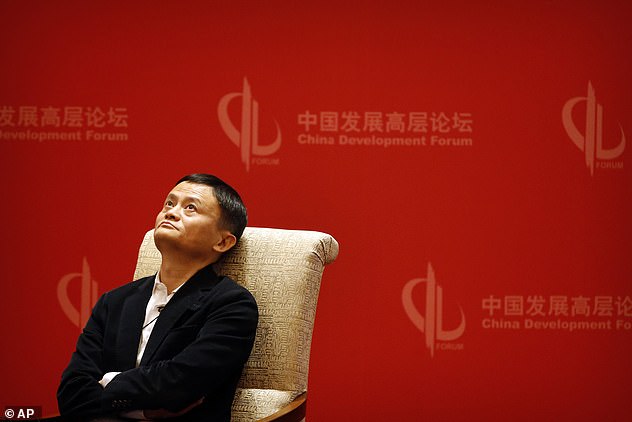 Jiang Yu, a researcher for the Development Research Center of the State Council, told the committee: ‘If capitalism should be allowed to expand unchecked in the cultural realm, art and culture will lose the function of serving the people and serving socialism and the Chinese nation will lose its spiritual home.’

In addition to its crackdown on the tech world and celebrities, Beijing has banned private tutoring and ordered public schools to improve.

On Wednesday, the government pledged to stabilise house prices and make homes affordable for young people.

These policies are part of Xi’s goal of ‘common prosperity’ through which a more socialist country can be achieved.