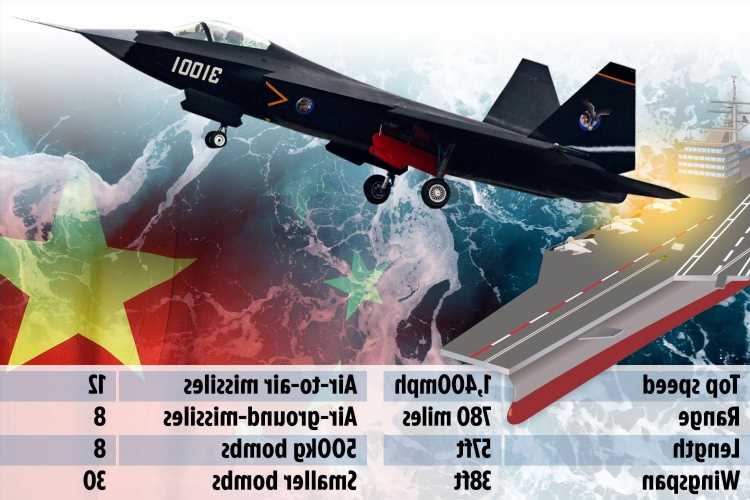 CHINA is thought to be launching a new stealth fighter from Beijing’s biggest ever aircraft carrier, in a warning shot to the West.

It comes as the country is expanding its military to match the US, with the ambition to overtake it by 2049. 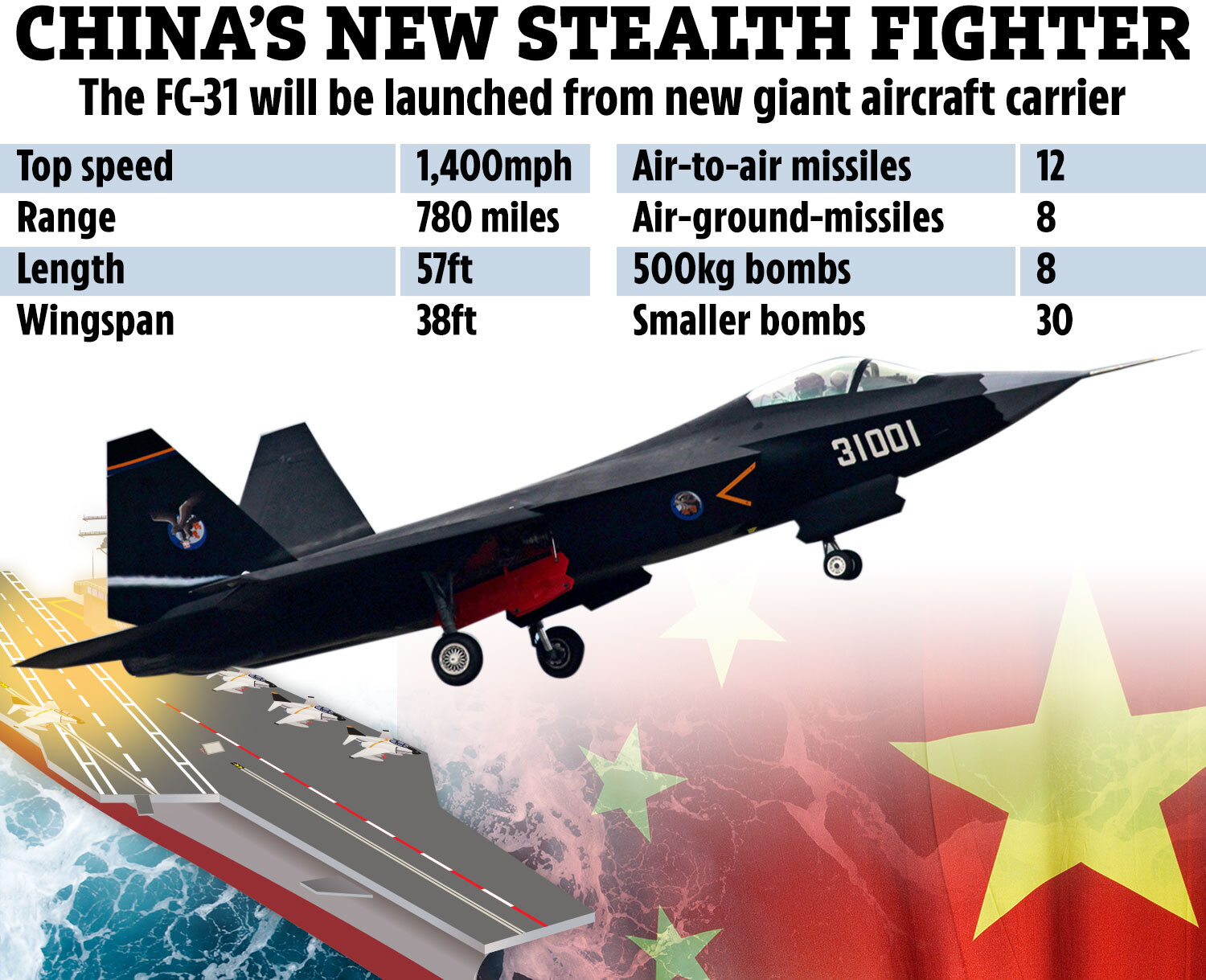 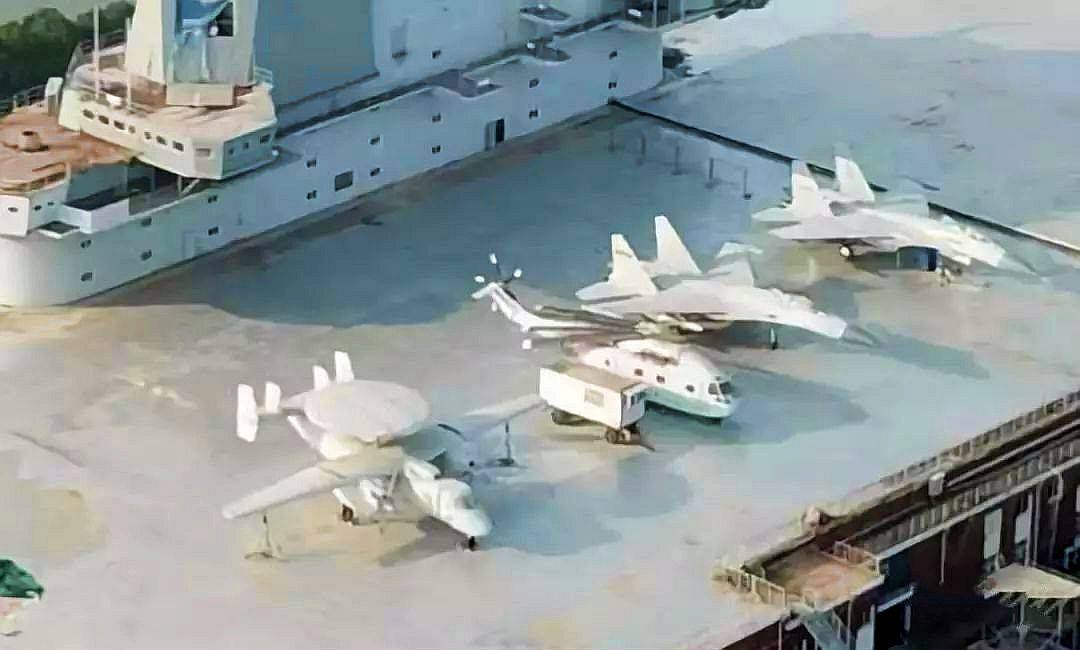 Images circulating on social media show a mock-up of the FC-31 show the jet being used at a test facility for China’s first domestically designed aircraft carrier, the Type 003.

The model, which closely resembled an FC-31, was snapped in unverified photos showing it on a full-size mock aircraft carrier, the Global Times reported.

The carrier, located in Wuhan, was allegedly being used to evaluate the country’s carrier development, and assess aircrafts for potential use at sea.

Meanwhile, the FC-31 was said to be a top candidate to become the country’s next-generation aircraft carrier-based fighter jet, after receiving upgrades, military observers have said.

Fu Qianshao, a Chinese military aviation expert, said putting a full-size aircraft model on the mock aircraft-carrier test platform indicated that the aircraft could be an option for carrier usage.

This procedure could be used to test the aircraft’s size, Qianshao told the Global Times. 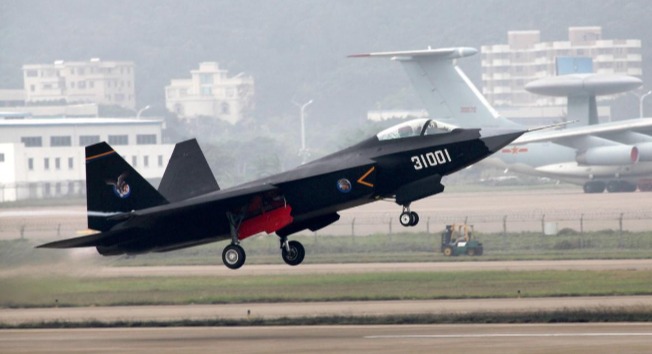 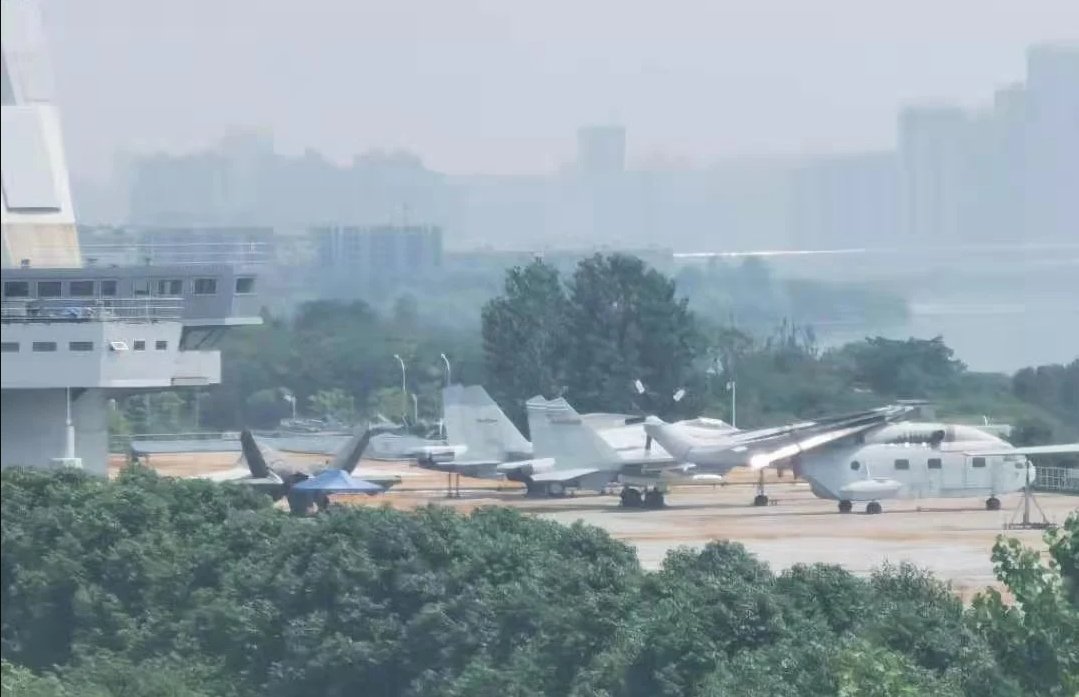 This meant that the FC-31, once it was upgraded to suit the needs of carrier operations, could be a prime pick for China’s next-generation carrier-based fighter jet, Fu predicted.

The FC-31 was a medium-sized stealth aircraft and was therefore unlikely to replace the heavy, but non-stealth J-15.

Rather, the two would compliment each other for the foreseeable future, similar to the relationship between the US' F-35C and F/A-18.

This would elevate China’s carrier-based fighter jet combination, enabling it to compete with the world’s most advanced plane.

China already has two aircraft carriers that are based on aging designs dating from the era of the Soviet Union, both weighing 60,000 tons.

But the new ship is expected to be a 80,000 ton ‘supercarrier’ more resembling those in service with the US Navy and fitted with modern technology.

As well as its aviation force, China has prioritised updating its naval fleet over the past 12 months as part of a £220 billion military spending programme.

That number is expected to double in four to five years. 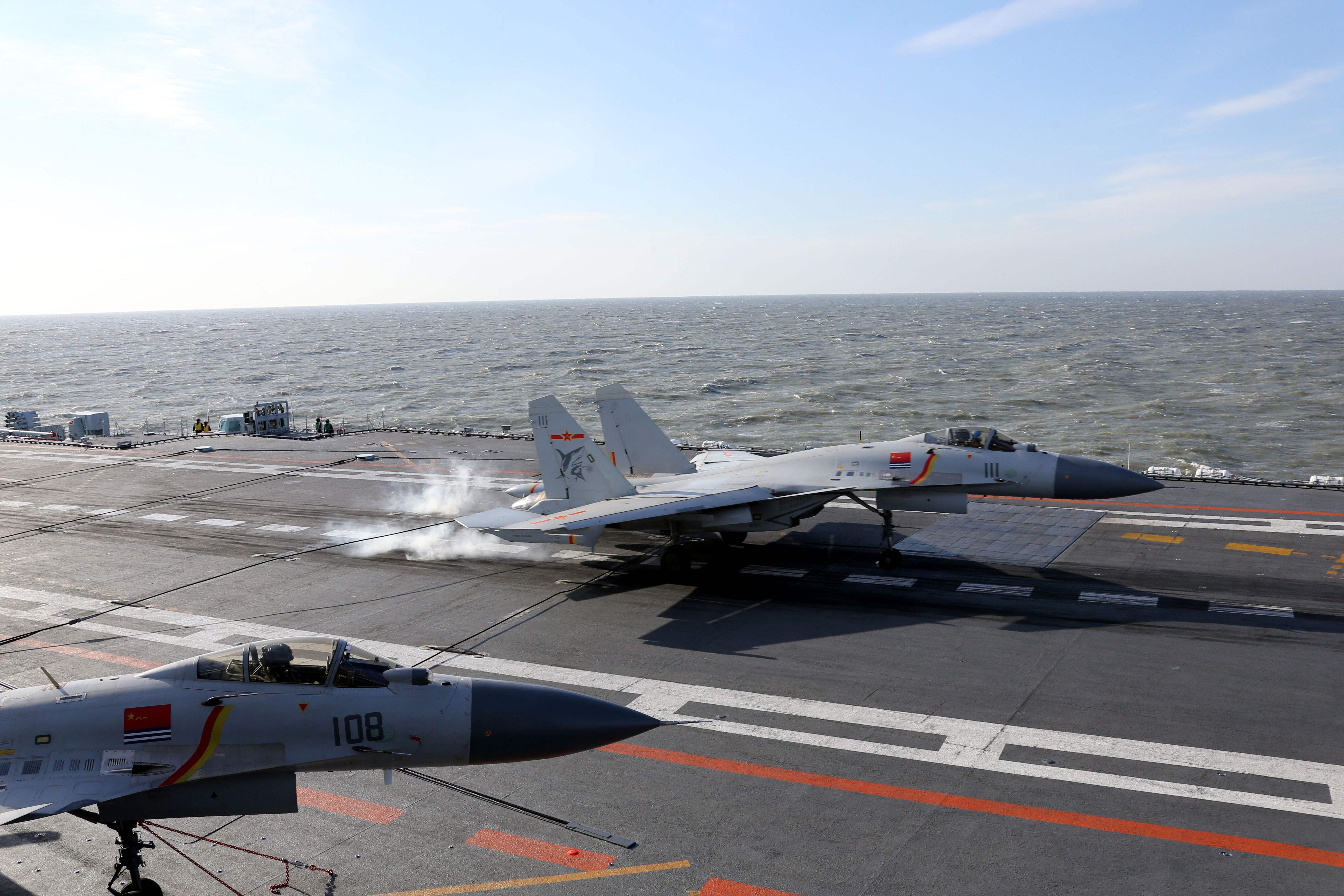 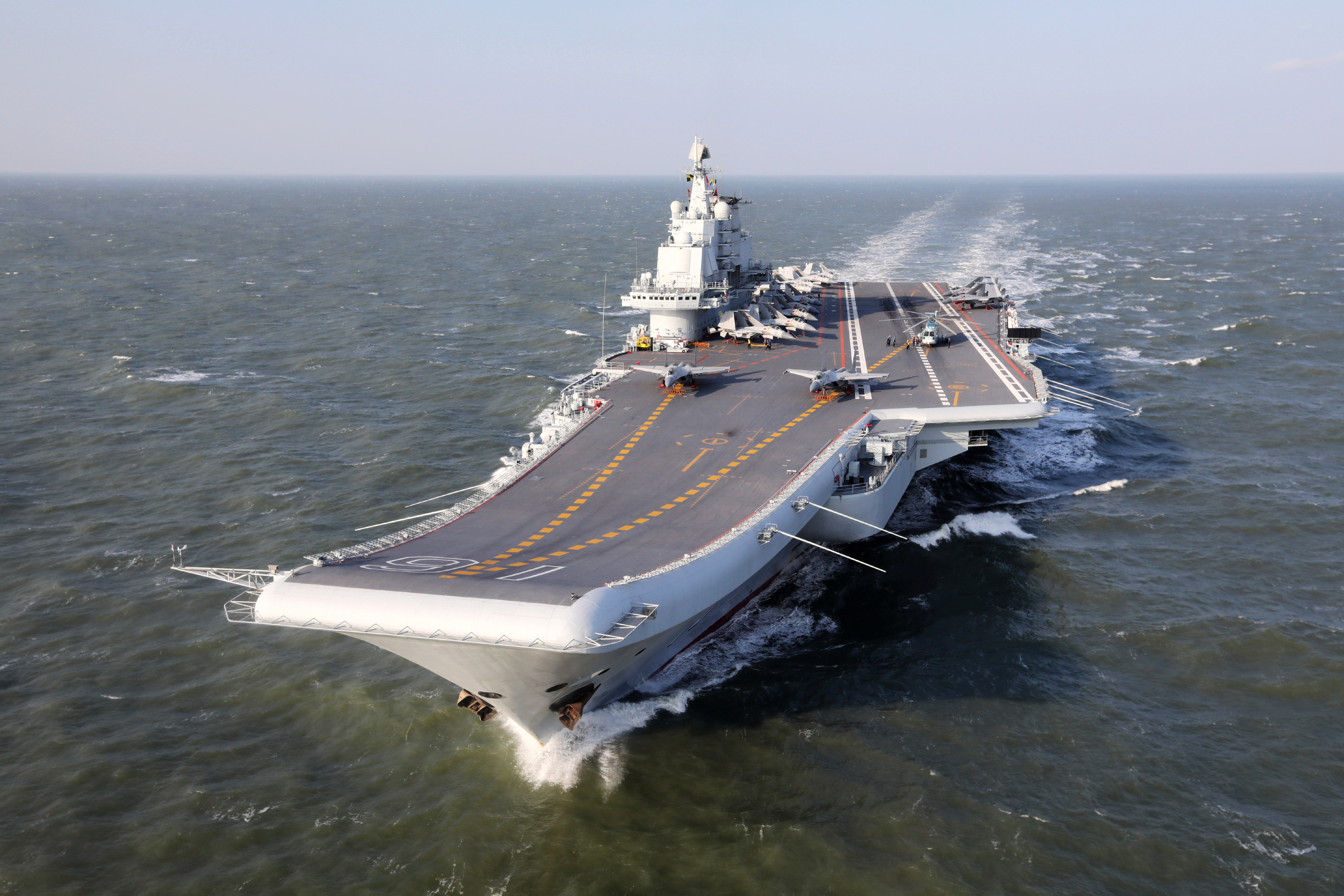 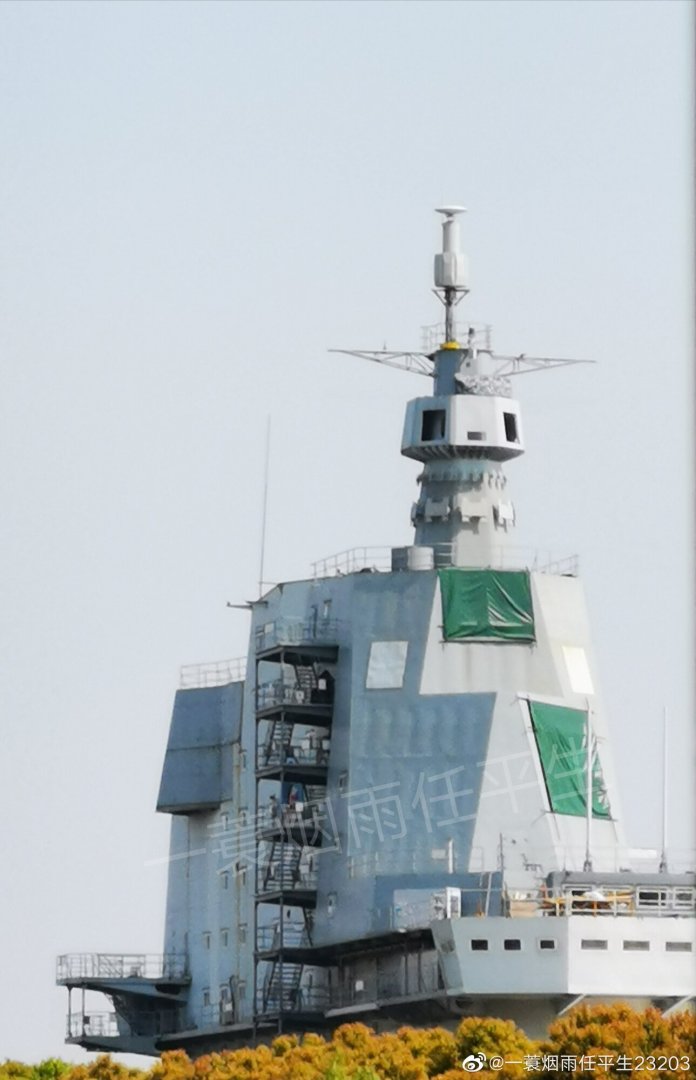