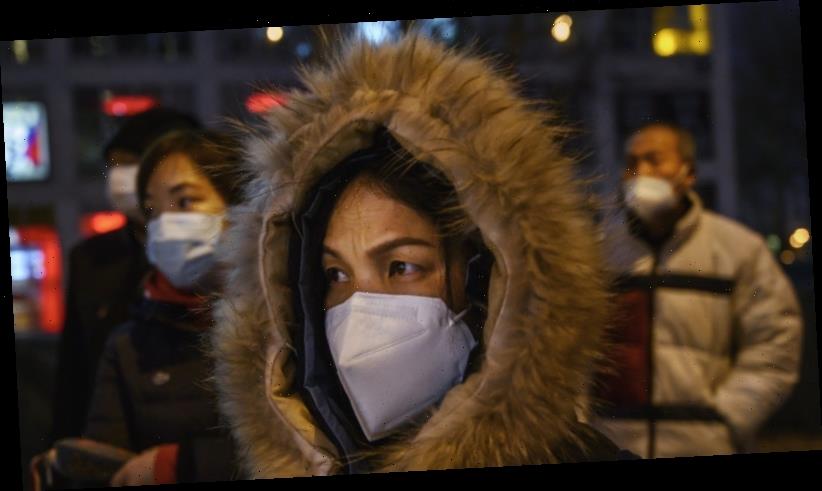 China has reported another drop in new coronavirus cases on Wednesday as the epidemic shifted increasingly westward toward the Middle East, Europe and the United States and governments took emergency steps to ease shortages of front-line doctors and nurses.

China's National Health Commission said 119 cases were recorded on Tuesday, down slightly from 125 the previous day, in a broad trend that has seen numbers of new cases fall from the middle of February.

Chinese authorities are now looking to limit exposure to the virus from abroad, as South Korea, Iran and Italy continue to experience a surge in new cases.

In South Korea, where total infections passed 5000 on Wednesday, drive-through testing was expanded hundreds of new cases confirmed. And in Spain's Basque region, at least five doctors and nurses were infected and nearly 100 health care workers were being held in isolation. 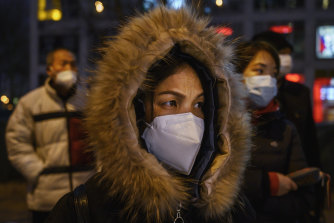 There are signs the coronavirus outbreak may have peaked in China.Credit:Getty Images

Italy and Iran were the third and fourth worst-hit countries respectively. Johns Hopkins University research showed close to 2500 infections in both nations on Wednesday evening.

Deaths in Italy surged to 79, making it the deadliest reported outbreak outside China. Twenty-three members of Iran's Parliament and the head of the country's emergency services were reported infected.

In the US, health officials told President Donald Trump it will take at least a year to develop a coronavirus vaccine after he urged scientists and drug companies to accelerate their work to halt the spread of the epidemic.

"The whole process is going to take a year, year-and-a-half at least," said Dr Anthony Fauci, director of the National Institute of Allergy and Infectious Diseases.

Speaking with reporters after a presidential tour of labs at the National Institutes of Health, Fauci said vaccines are being developed and will soon be ready for testing, but "I don't want to overpromise."

About 3.4 per cent of people confirmed to have contracted COVID-19, the disease caused by coronavirus, have died, the the World Health Organisation (WHO) reported. The death rate is higher that the seasonal flu's fatality rate of less than 1 per cent.

Speaking on Wednesday morning Australian time, WHO director-general Tedros Adhanom Ghebreyesus said there was still an opportunity to contain the virus, but warned of global shortages of medical equipment.

He urged countries to prepare for patients with the virus turning up in their hospitals and ensure that health workers are protected.

"We are concerned that countries' abilities to respond are being compromised by the severe and increasing disruption to the global supply of personal protective equipment, caused by rising demand, hoarding and misuse," he said.

"We can't stop COVID-19 without protecting our health workers."

Meanwhile, the US Federal Reserve cut interest rates on Tuesday in an emergency move to try to prevent a global recession and the World Bank announced $12 billion to help countries fight the coronavirus, which has taken a heavy toll on air travel, tourism and other industries, threatening global economic growth prospects.

‘The Masked Singer’ Triple Reveal Shares Identities of Hummingbird, Pi-Rat and Panther: Heres Who They Are