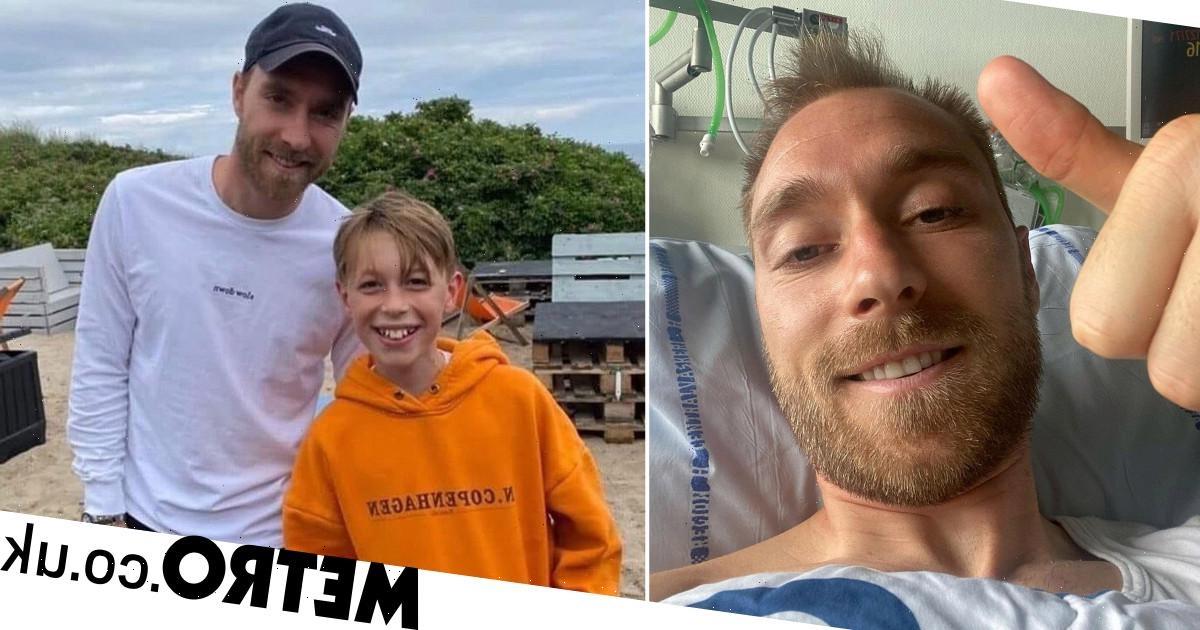 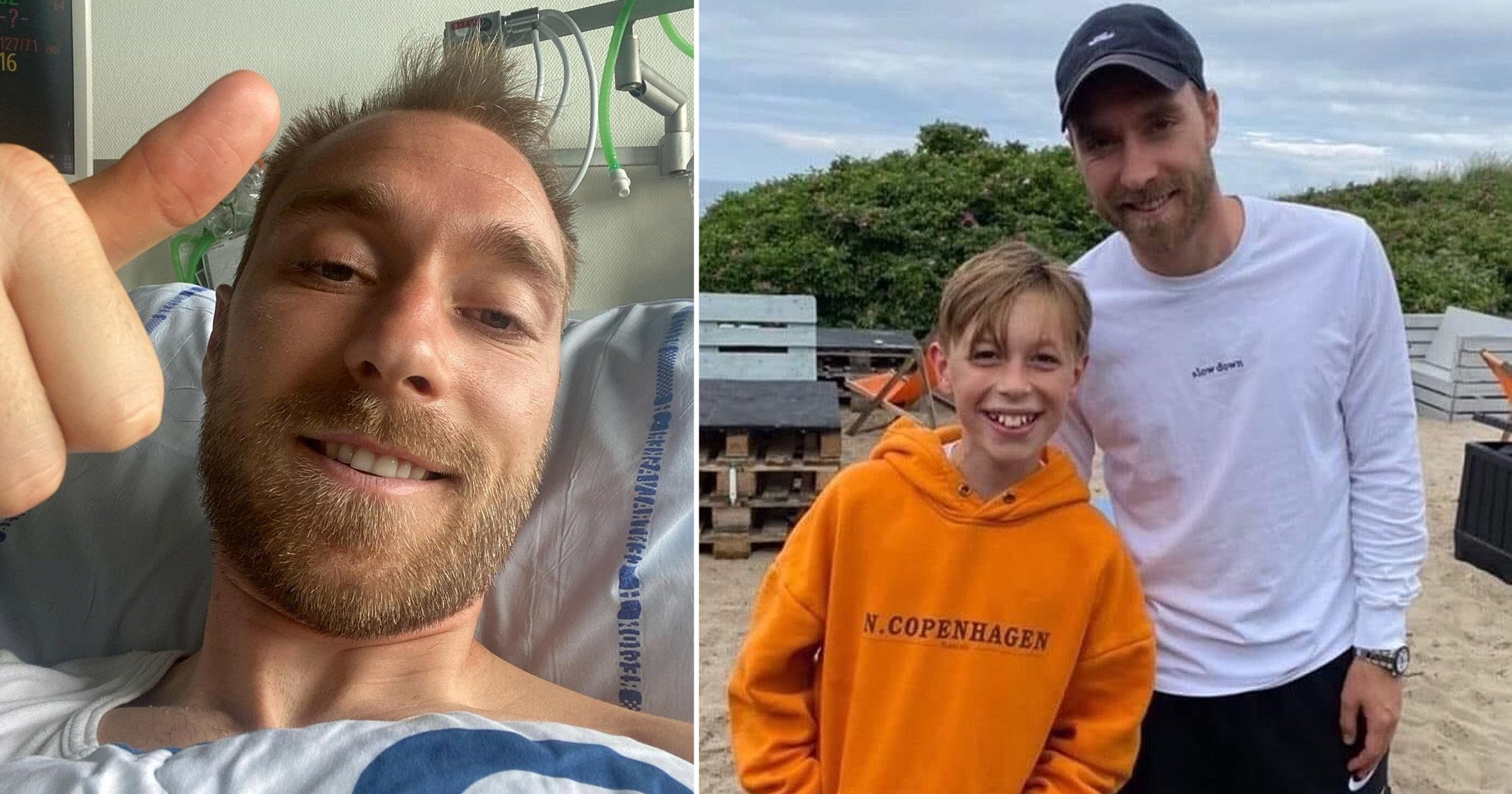 The midfielder had to be resuscitated with a defibrillator in front of the crowd during his country’s opening Euro 2020 match against Finland on June 12.

Eriksen, 29, was rushed to hospital in Copenhagen and was allowed home six days later after a successful operation to have a cardioverter defibrillator implanted.

The Inter Milan player hasn’t posted anything on social media since uploading a picture of himself two and a half weeks ago.

He has been recovering in the city of Odense, but was pictured yesterday at Tisvilde Strand beach, smiling and posing for the camera with a supporter.

The young fan, Bjorn Bindzus, looked overjoyed to be rubbing shoulders with his football hero.

He told Danish newspaper BT: ‘I was nervous and completely speechless when I had to ask about the picture. But I’m proud that I did it and I’m very happy today.

‘We were at a photoshoot for a commercial when I suddenly saw him while we were having lunch. So I waited to ask him until he had finished talking to his girlfriend. And he said yes right away.

‘I didn’t see the incident against Finland, but he looked healthy. It was really nice to see.’

Eriksen has been to see his Danish teammates, who secured their place in the semi-finals today by beating Czech Republic 2-1.

Kasper Schmeichel said meeting him after his discharge from hospital helped players move on from the horrific incident.

He said: ‘It was great to see him. That helped a lot of the guys I think just to see him and erase the last image we had of him on the pitch.

‘To see him in real life and to see that he was okay…it was really important.’