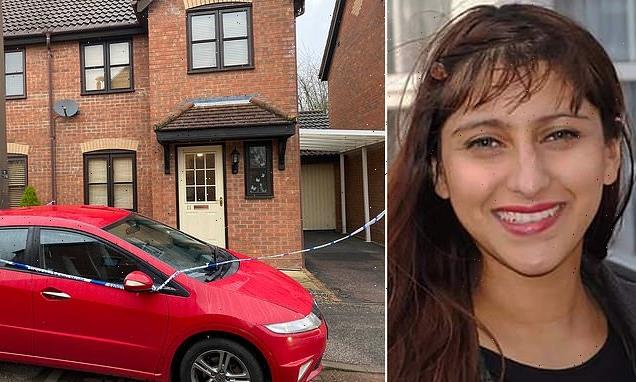 Anil Gill, 47, stabbed his wife Ranjit in the living room of their Milton Keynes home before wrapping her body in a duvet and hiding it in their garage.

Four deep stab wounds to her chest were what caused her death.

The killing, in January of this year, came as the couple’s relationship was floundering and dogged by heavy drinking, constant rows and drug-taking.

Over the years Gill had regularly shouted at his wife, hit or slapped her and, on one occasion, had struck her around her head.

Once he had kicked her ankle and there had been another time when he hit her across her back with a plank. 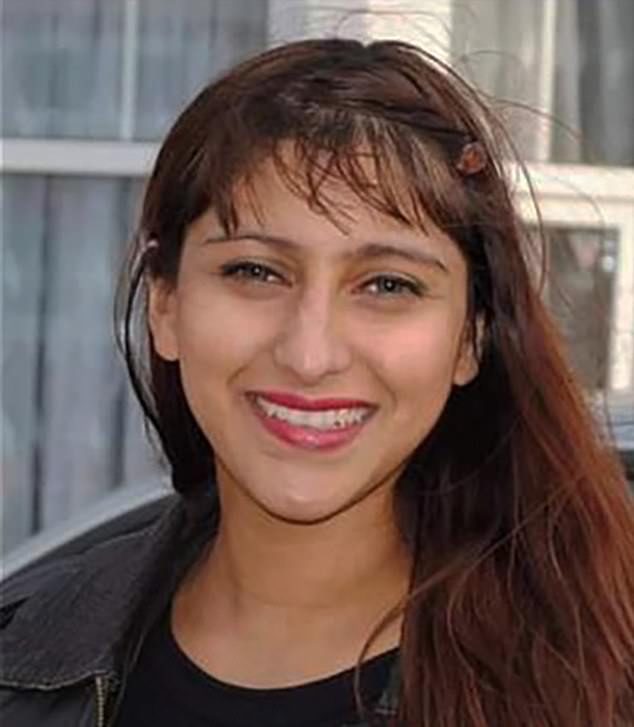 Anil Gill, 47, stabbed his wife Ranjit (pictured) in the living room of their Milton Keynes home before wrapping her body in a duvet and hiding it in their garage

He had threatened her with a knife and had pushed her down the stairs. On another occasion he was said to have threatened Ranjit with a Japanese sword and held a knife to her neck.

During the month long trial, Luton crown court heard that when Ranjit’s sister advised her to leave her husband, she told her sibling that if she did, she feared ‘he would hunt her down and kill her.’

In the early hours of January 31 this year the couple were at home in Beresford Close, Emerson Valley, Milton Keynes after an evening spent taking cocaine and drinking.

Around 1am in the early hours of the Sunday morning a woman neighbour had gone to bed when she had heard the sound of a woman screaming followed by a ‘thumping or pounding sound.’

After killing his wife, Gill spent the next few hours cleaning up and wrapping up his wife’s body in a duvet and black bin liners, which he then dragged to the garage. 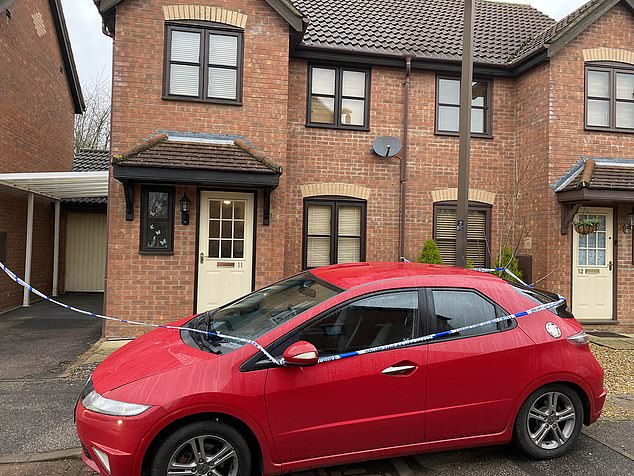 The killing, in January of this year, came as the couple’s relationship was floundering and dogged by heavy drinking, constant rows and drug-taking. Pictured: The couple’s home after Ranjit’s murder

He cleaned the carpet in the living room using bleach and the two knives were put in a bin bag, having been cleaned. Around 10 am that morning he finally called the police.

Gill was found guilty of his wife’s murder this morning after the jury rejected his claims during the trial that he had lost self control and acted in a frenzy after she had taunted him about an affair she had had. He had earlier admitted his wife ‘s manslaughter.

By law anyone convicted of murder has to receive a life sentence.

During the trial the court heard at first the couple’s marriage was a happy one, but after he lost his well paid job in IT in 2011 and she had health problems, things changed.

In 2018 the police had attended the couple’s home following an incident between them, but when she refused to tell officers what had happened, no action was taken.

From then on, the jury was told, she began drinking heavily to cope with the abuse and in the summer of 2020 she had an affair with a man who would supply her with drugs.

Towards the end of the year Ranjit had called a domestic violence charity hotline and the husband was also looking into starting possible divorce proceedings.

Mr Ward-Jackson said in the weeks leading up to the killing both were drinking to excess and taking cocaine bought from the man Ranjit had been seeing.

The court heard that having been arrested and taken into custody, Mr Gill was seen by a psychiatric nurse and told him how he didn’t drink and never took drugs, which was a lie.

He claimed he had agreed to take alcohol and cocaine the previous night and the combination had ‘turned him into a killer.’

But the prosecution said a sample of the husband’s hair was taken for analysis and revealed traces of cocaine in it, showing he had to have been taking the drug from late December of 2020 to late January of 2021 and not just the night before.