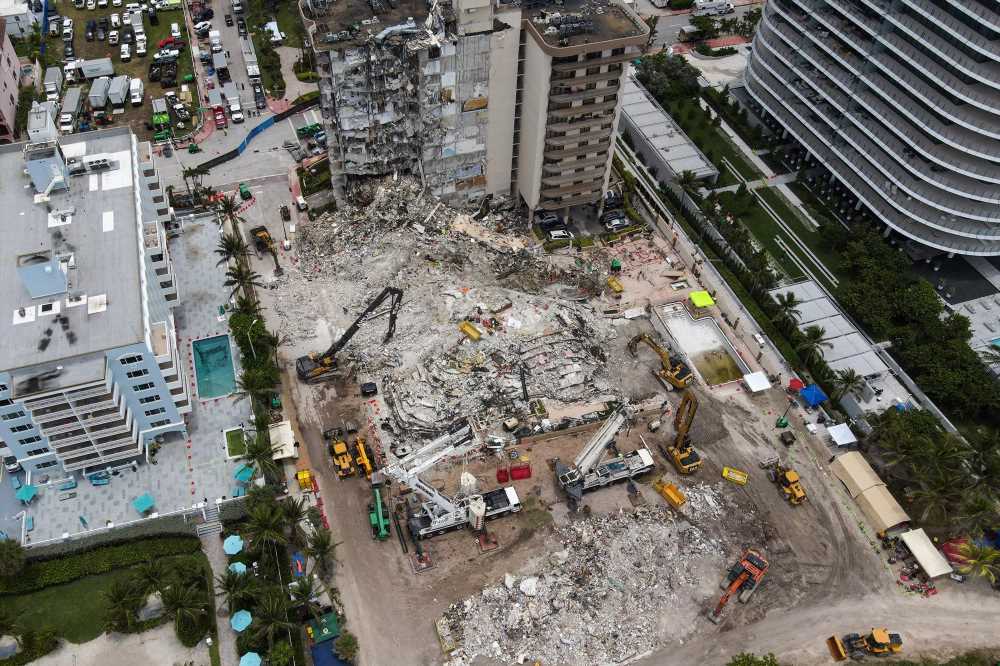 Surfside building department was under review before condo collapse

Bickering over repair costs on the condo board of the Florida building that collapsed last week prompted most members to quit in 2019 — and delayed the needed renovation work for years.

Five members of the board at Champlain Towers South, including the president, resigned that year as “ego battles” consumed the condo association over a $15 million proposal to address structural concerns, the Washington Post said in a report.

“This pattern has repeated itself over and over, ego battles, undermining the roles of fellow board members, circulation of gossip and mistruths,” then-board president Anette Goldstein said in her September 2019 resignation letter, the outlet reported.

“I am not presenting a very pretty picture of the functioning of our board and many before us, but it describes a board that works very hard but cannot for the reasons above accomplish the goals we set out to accomplish,” Goldstein wrote.

The feuding stemmed from a 2018 engineers report that found the 12-story beachfront building had “major structural problems.”

Engineer Frank Morabito put the costs of the repairs at $9 million, with the work to bring the building up to code for its 40-year certification — but the cost ballooned to $15 million as the volunteer board continued to get pushback.

It wasn’t until April of this year that the board voted to approve the project.

“The question is, why did it take three years to get to this point?” ex-board member Max Friedman told the Washington Post. “It took a lot of time to get the ball rolling, and of course there was sticker shock.”

“Nobody truly believed the building was in imminent danger,” said Friedman, who had left the board before the dispute over the repairs flared up.

Preliminary work on the building had just begun with roof repairs on June 24, when the building collapsed shortly before 1:30 a.m., killing at least 18 people with 145 missing.

The 2018 report warned of water damage and structural issues stemming from a pool deck above the building’s garage. Officials have not determined the cause of last week’s collapse and it is unclear if that is what caused it.

Nonetheless, current condo board president Joan Wodnicki had been urging building residents for months to move forward on the repairs — which meant an $80,000 bill for each of the building’s condo owners, the report said.

“I want you to know that the numbers we are hearing so far are much higher than the original Morabito estimate,” Wodnicki wrote to condo owners in October.

“However, the project is also much larger,” she wrote. “The concrete damage is more extensive than it was when first looked at in 2018, and prices have gone up.”

“A lot of this work could have been done or planned for in years gone by,” she wrote on April 9. “But this is where we are now.”

Just minutes before the building collapsed, a pair of tourists heard a loud sound coming from the building, and shot footage of water gushing into the building‘s garage.

Wodnicki and the condo board members who resigned over the repairs did not return calls from the Washington Post seeking comment.