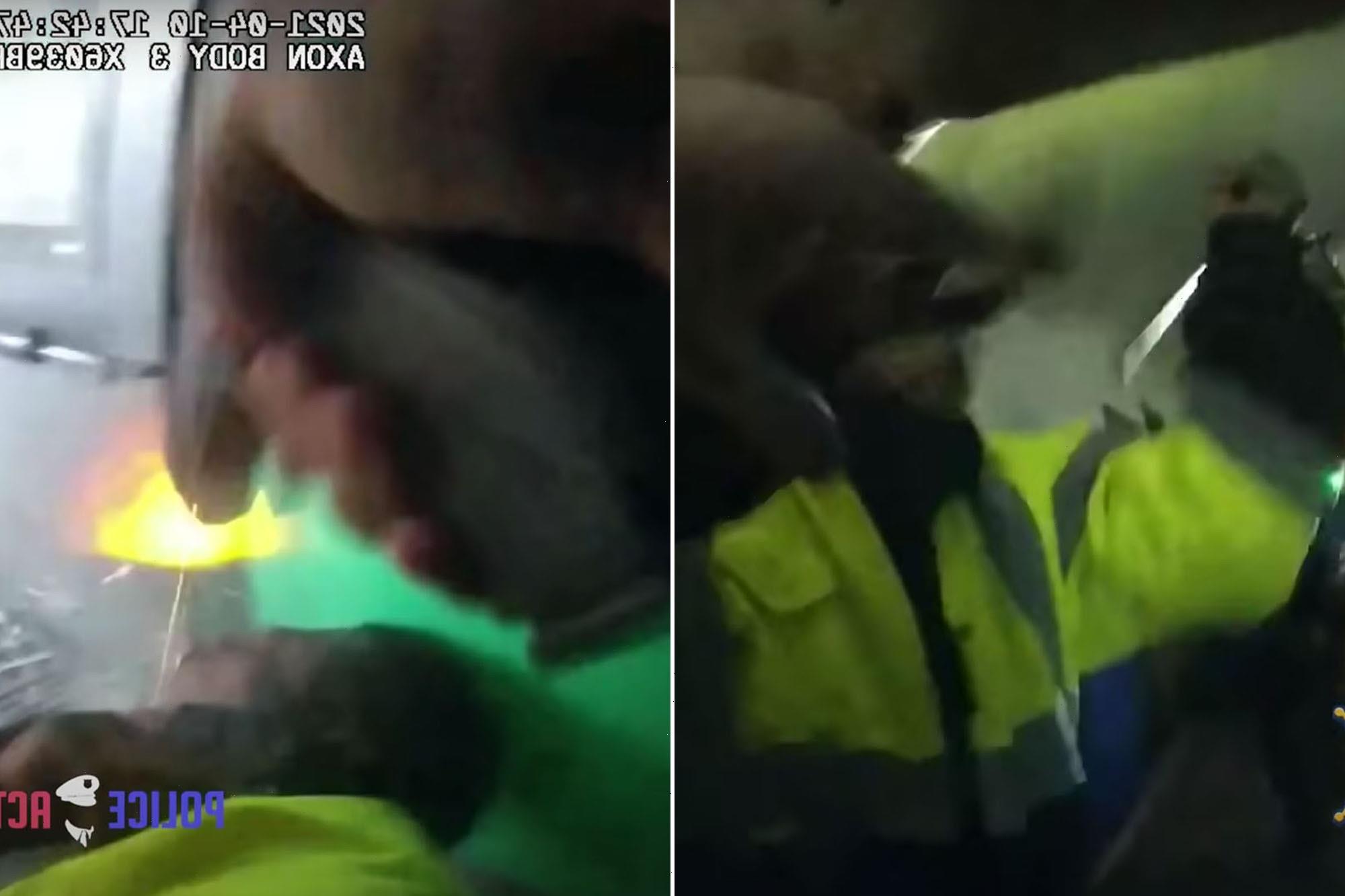 BLM protesters rally for ‘victim,’ leave after learning he was white

An Illinois man accused of beating his wife was fatally shot by cops as he hit a deputy in the head with a metal pipe, harrowing bodycam video shows.

The footage, released Monday by the Winnebago County Sheriff’s Office, shows multiple deputies ordering Faustin Guetigo, 27, to drop the metal pipe as he walked up a set of stairs at the couple’s Rockford home on April 10.

Guetigo — whose wife had accused him of punching her at least twice in the head and face — ignored the commands and kept coming at a deputy atop the stairs, hitting him with the pipe and sending him to the ground, the clip shows. Cops said later the deputy, identified by KREX as Sgt. Joe Broullard, was knocked unconscious.

Winnebago County Sheriff Gary Caruana said in a video statement that deputies started rescue efforts on Faustin following the police-involved shooting, but he later died from his injuries.

Broullard was treated and released at a hospital and has been referred to a specialist for follow-up care, Caruana said.

Guetigo’s wife, Rose Ndoroum, was outside of the home she shared with the Central African Republic immigrant at the time of the shooting, along with their 2-year-old child and her 6-year-old, the Rockford Register Star reported.

The shooting remains under investigation by the Winnebago-Boone County Task Force, which looks into police-involved use-of-force incidents. An internal administrative review will also follow that probe, Caruana said.

“In an effort to be transparent with our community and keep them safe, I’ve decided to release the video from the body-worn camera,” the sheriff said. “It helps preserve the integrity of the incident.”

An online fundraiser has been created in Guetigo’s memory to help offset his funeral costs, as well as for “day to day living for Rose” and their children. It had eclipsed $4,400 as of Tuesday.

“They have witnessed and experience a traumatic incident and shouldn’t have to worry about finances during this difficult time,” the website reads. “We thank you in advance.”