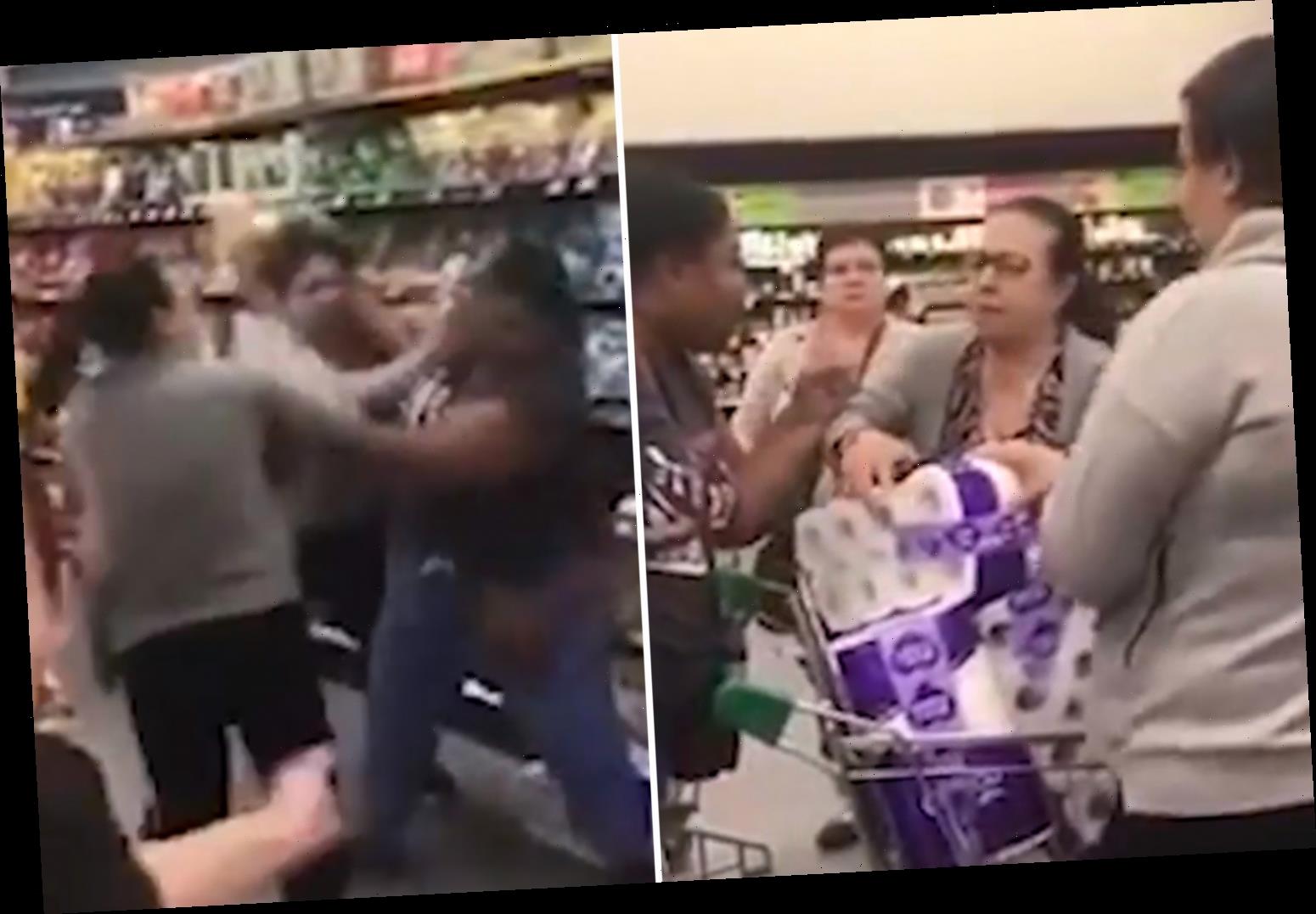 A BRUTAL brawl broke out in an Australian supermarket aisle after a pair of panicking shoppers cleared the shelves of loo roll.

Three women were filmed slugging it out inside a Woolworths store in Chullora near Sydney as the coronavirus meltdown takes grip. 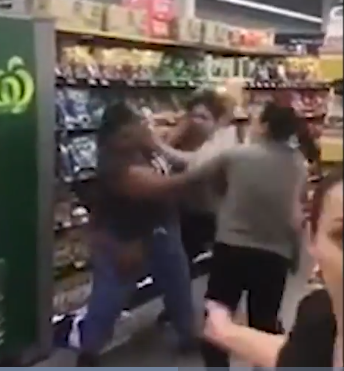 It's reported the fight was sparked when a mother and daughter were spotted grabbing the last rolls in stock.

The shocking clip shows one woman pulling the hair of another during the heated bust up.

One yells: “I just want one packet.”

Another, gripping tightly to a shopping trolley packed with toilet paper, then replies "no, not one packet” before two supermarket workers step in to break up the women.

“We just ask that people don’t panic like this when they go out shopping,” said NSW police acting inspector Andrew New. 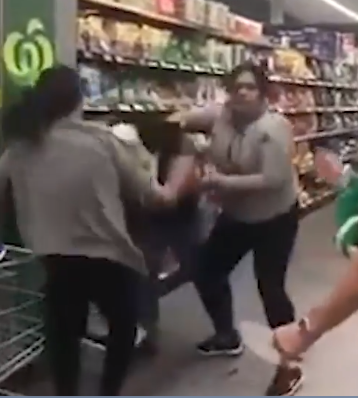 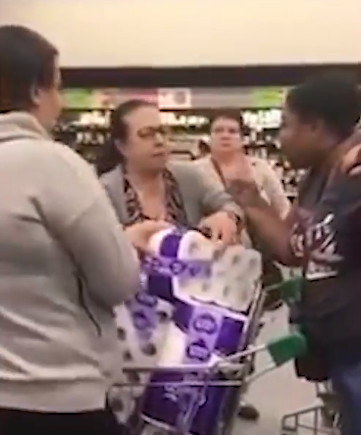 “There is no need for it. It isn’t the Thunderdome, it isn’t Mad Max, we don’t need to do that.

“Violence of this nature will not be tolerated and anyone involved in this behaviour may be committing an offence and find themselves before the court.

“There is no need for people to go out and panic buy at supermarkets, paracetamol and canned food or toilet paper.”

Bankstown Police said they are trying to identify two of the women, having already spoken to a 49-year-old woman about the incident.

The fight came as tens of thousands of Australians are forced into isolation over coronavirus fears, prompting many to stockpile essentials. 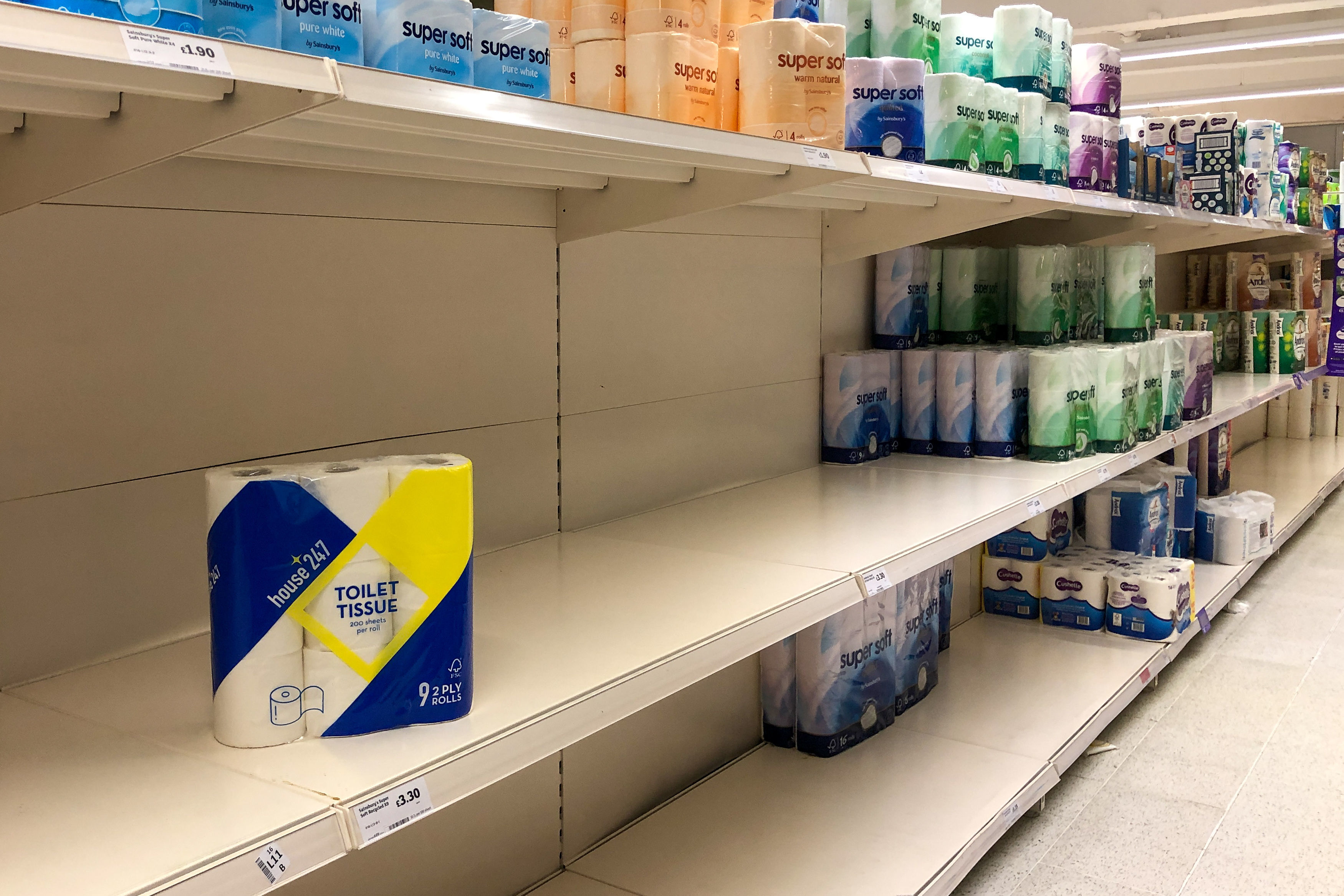 On Wednesday, Woolworths became the first store in Australia to ration toilet paper amid the ongoing crisis.

Woolworths said the four-pack limit would protect stock levels in the face of "higher than usual demand."

"Woolworths has today moved to apply a quantity limit on toilet paper packs to ensure more customers have access to these products," the company said in a statement.

"The purchase limit of four packs per customer transaction applies in-store and online."

Earlier this week we reported how a shopper in Woolworths allegedly pulled out a knife on another customer during an argument about toilet paper.

Sydney Police were called to the supermarket on Wednesday at around 1.30pm after a fight broke out over loo roll, as panicked shoppers ransack supermarkets due to coronavirus fears.

Six police officers rushed to the scene at Westfield Parramatta after one of the supermarket workers reported that a customer was carrying a blade.