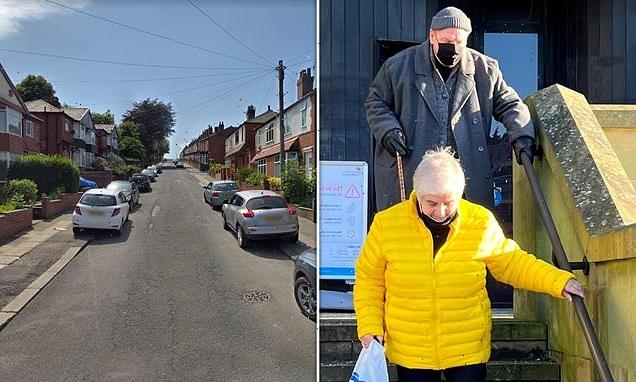 Elderly couple, both 75, who tried to attack neighbours with a BASEBALL BAT in row over snowball that was thrown at their window are fined and handed restraining order

An elderly couple have been given a restraining order after trying to attack their neighbours with a baseball bat in a row over a snowball that was thrown at their house.

Grenville Moore, armed with a baseball bat which he swung towards his neighbours, and his wife Patricia launched an attack on the two women in January last year.

The couple, both aged 75, have lived in their home in Melbourne Road, Deane, ‘for many years’, but a court was told problems began when their neighbours Dawn Haliwell and her partner Jade Edwards moved into a rented house next door with their two children.

Bolton Magistrates Court heard trouble flared again in May after children were playing with wood in the street and Mr Moore objected to the mess they were making.

From the street, he shouted abuse towards his neighbours before hurling the pieces of wood onto their path.

In a video shown to the court, Ms Edwards can be heard telling Moore she would clear up the mess when the children finished playing.

She told him: ‘Shut up and go in. You’re embarrassing.’ 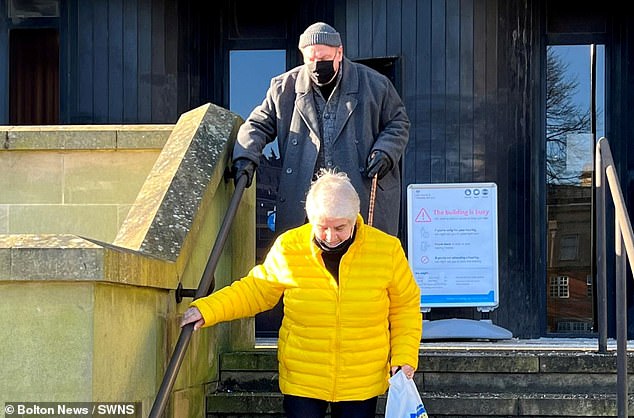 The pair were sentenced to a conditional discharge for nine months and must each pay £75 in prosecution costs plus £22 towards running victim services.

A restraining order was made banning them from having contact with Ms Halliwell or Ms Edwards.

Andrew Sinker, prosecuting, said the Moores initially denied the offences during police interview and claimed their neighbours had been acting in an ‘inappropriate’ way.

Adam Whittaker, defending, stressed the Moores are of previous good character and have never been in trouble with the law before.

He said: ‘This case could have and should have been resolved in an entirely different way.

‘There have been a lot of issues here, caused primarily by the frustration of these two at what they felt was inactivity in relation to public nuisance.’

He said the Moores live in their own ‘immaculate’ home and there were no problems before Ms Edwards moved in 10 years ago and her partner arrived four years later.

Mr Whittaker added: ‘There were initial problems but over the last couple of years things have become very, very strained.

He said the Moores became frustrated because their own CCTV footage showing incidents with their neighbours was automatically deleted before they had attempted to show police.

Mr Whittaker told the court there had been ‘antagonism on both sides’.

He added: ‘Numerous correspondence has been sent to the police regarding anti-social behaviour, banging on walls, loud music, drinking in the front garden and drinking in the street outside.

‘You don’t get a 75-year-old man of good character behaving like that without provocation.’ 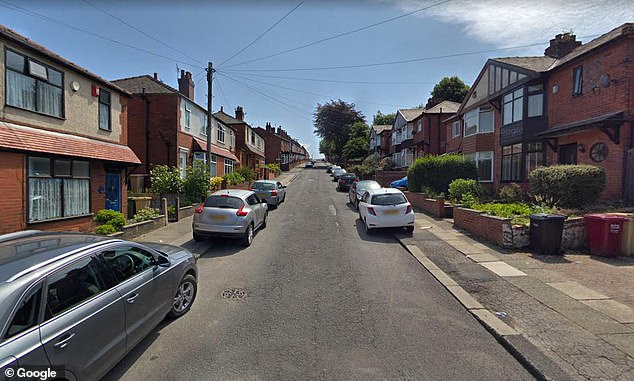 The couple, both aged 75, have lived in their home Melbourne Road, Deane (pictured), ‘for many years’, but a court was told problems began when their neighbours Dawn Haliwell and her partner Jade Edwards moved into a rented house next door with their two children (file picture)

Mr Whittaker stated that the Moores’ home is their ‘pride and joy’ and they had become upset about mess in the neighbouring garden, which was eventually cleared up.

The court heard the catalyst for the Moores’ behaviour in January was a snowball thrown at their window and Grenville Moore lost his temper.

Mr Whittaker stated that Moore was pushed over and struggled to get up and Patricia Moore shouted because she was angry about what had happened to her husband.

Magistrates were told there has been no further trouble between the neighbours in the last seven months.

Chairman of the bench, Lindsay Charidemou told the pensioners: ‘It is a shame when you have lived in your house for so long and then you have got neighbour disputes.’