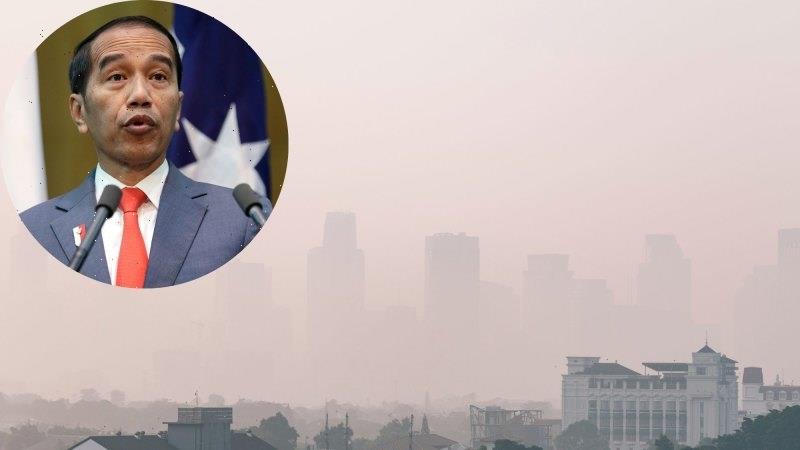 Singapore: An Indonesian court has ruled President Joko Widodo and six other government leaders failed to tackle Jakarta’s chronic air pollution, in a victory for a group of citizens who brought a landmark lawsuit.

The panel of judges at the Central Jakarta District Court found against Joko and the other defendants, saying they had neglected to do enough to improve the notoriously poor air quality in the metropolis of 10 million people. 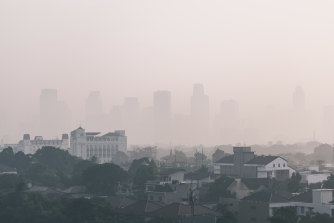 A picture of Jakarta in 2019, when it topped the list of cities with the worst air pollution.Credit:Dominic Hall

The court ruled Joko must tighten the national ambient air quality standard to safeguard people’s health and the environment.

But the judges rejected the claim of those who brought the lawsuit that the negligence represented a human rights breach.

“We are happy that our lawsuit was accepted, although partially, at the same time we are sad too that our point about human rights abuse with regards to the air pollution was rejected by the panel of judges,” said Ayu Eza Tiara, a lawyer for the plaintiffs.

“We hope that the defendants will not file for an appeal because it will prolong the process to tackle the air pollution problems. It takes two years for us to get to this verdict. I don’t know how long it will take if they appeal.” 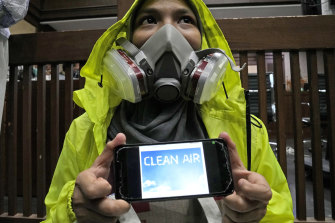 An activist wearing a face mask to represent those affected by air pollution during a protest before the judges announced their decision.Credit:AP

Among the plaintiffs were activists, teachers, students, a motorcycle-taxi rider and people suffering from pollution-related ailments.

Aside from Joko, the defendants included the ministers for Environment and Forestry, Health and Home Affairs and the governors of Jakarta, Banten and West Java.

While the court made individual findings against ministers and governors and ordered them to take further measures to mitigate air pollution, Joko was singled out in the verdict because he was responsible for monitoring the work of his cabinet.

After the hearing Ayu said Joko was “the primary party responsible in the carrying out of the regulations, so the President contributes to the uncontrollable air pollution”. 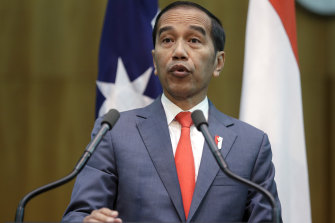 Indonesia’s President Joko Widodo was sued by Jakarta residents along with ministers responsible for air quality and health.Credit:AP

Jakarta was rated by air quality index monitor IQAir as the world’s most polluted city in the lead-up to the case being filed in 2019.

Its air quality index reading reached as high 240 that year, well into the “very unhealthy” range which warns the entire population is more than likely to be affected.

Conditions have improved since then, aided by curbs imposed during the COVID-19 pandemic. Jakarta’s most recent score of 82 leaves it as the 17th worst globally on a list that ranks Lima, Peru as having the lowest air quality and includes the likes of Johannesburg, Karachi and Wuhan in the “top five”. 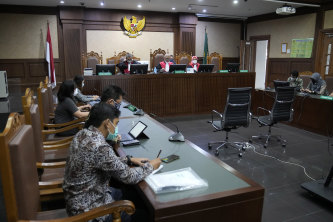 The 32 plaintiffs were not seeking a financial payout but took legal action hoping a judgment in their favour would find governments had acted insufficiently to control air pollution and force leaders into taking more substantive action.

One of them, Istu Prayogi, reported he had been told by his doctor to wear a mask wherever he went after the discovery of spots in his lungs after 30 years working in the outskirts of Jakarta.

The verdict quoted from witnesses who claimed that Jakarta Governor Anies Baswedan never seriously sanctioned companies who contributed to air pollution in the capital and his administration did not introduce enough air quality index stations in the city.

Hearings were held from January to May last year, with witnesses appearing for both sides, but the outcome was delayed by the spread of the virus, which the presiding judge himself caught.

The verdict was then postponed eight times over the past four months before a result was finally announced on Thursday.

The defendants have 14 days to appeal.