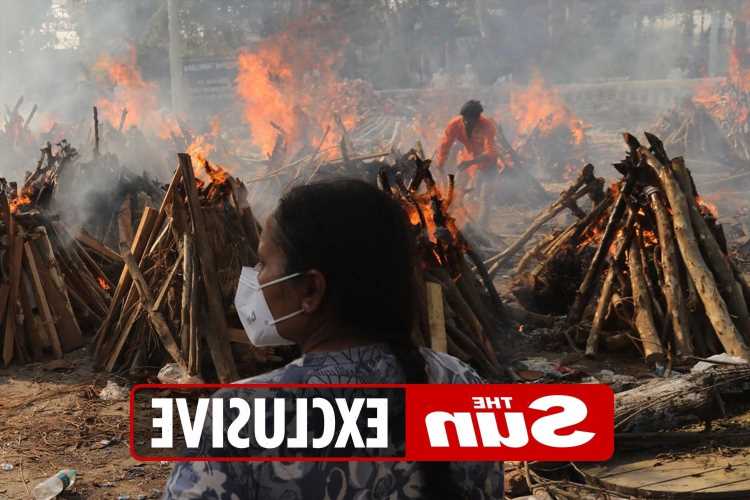 COVID mutant variants spawning from out of control outbreaks like in India and Brazil mean "no one is safe" unless vaccine rollouts are widened, it has been warned.

The People's Vaccine Alliance (PVA) – a global coalition of 50 organizations-told The Sun Online about the critical danger the new strains pose if more support isn't given to help vaccinate people worldwide. 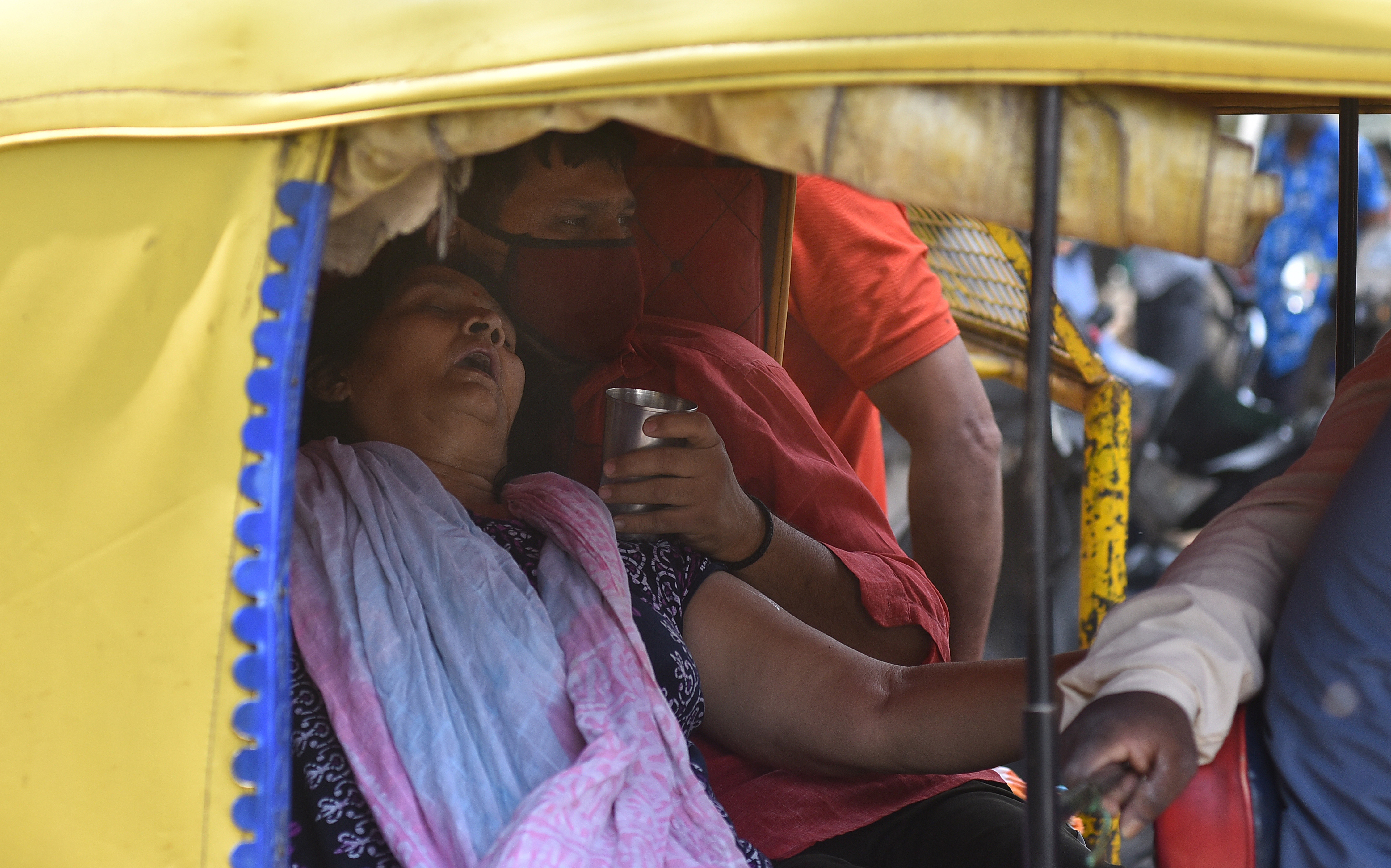 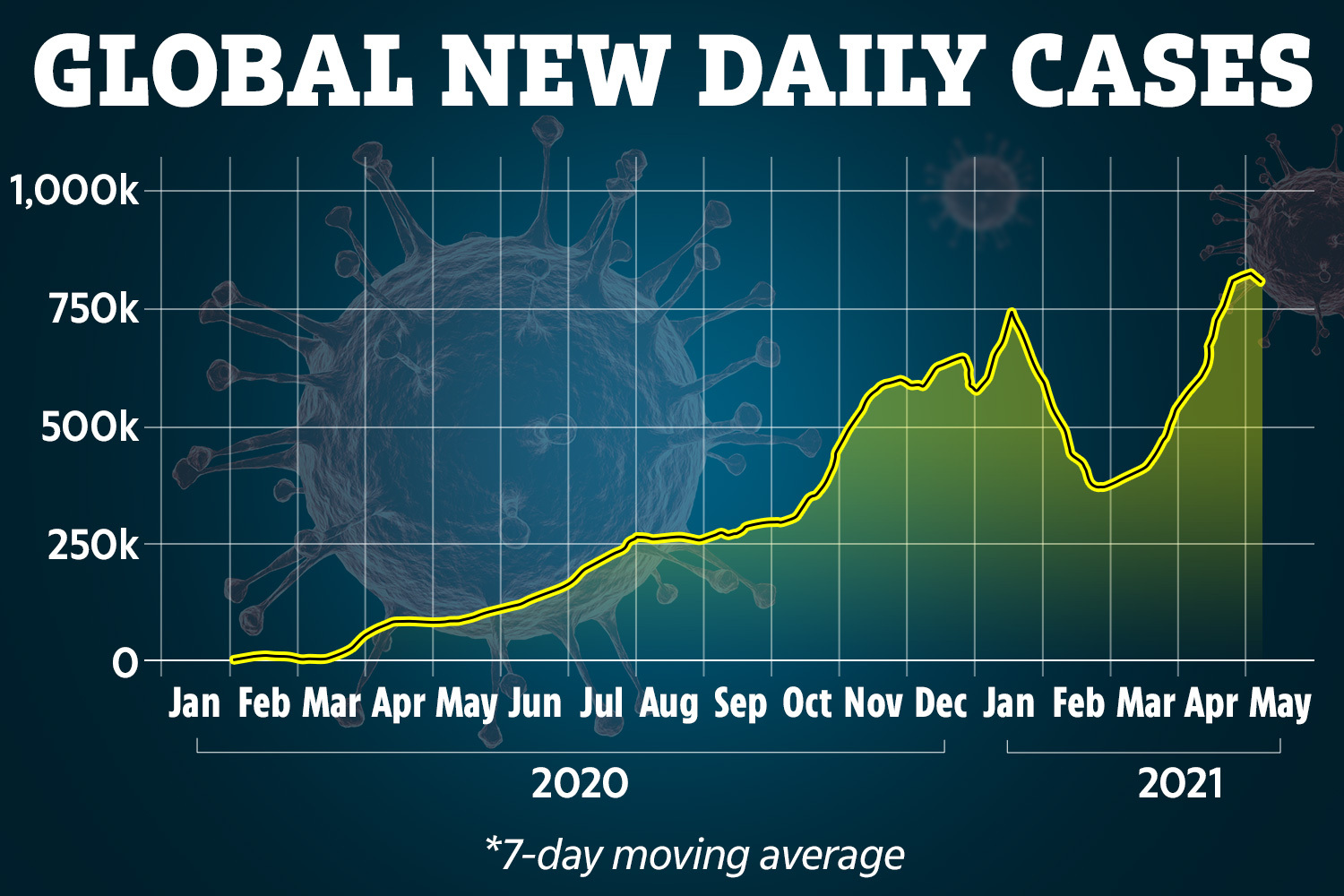 It warned under current estimations many developing countries will not hit the necessary levels of vaccination to end the pandemic until 2024.

With a connected world, any new outbreaks or variants could spread to countries which have already vaccinated – and the new mutations may be able to dodge the antibodies given by the jabs.

"This failure puts us all at risk," Anna Marriott, health policy manager at Oxfam, told The Sun Online.

The warning comes as Britain begins to draw up plans to open up our borders to some nations.

Hopes have revived for a return of safe foreign holidays as the Prime Minister is expected to lay out plans for a "traffic light" system ahead of May 17.

Ms Marriott told The Sun Online: "No one is safe until everyone is safe and our best chance of all staying safe is to ensure a Covid-19 vaccine is available for all.

"The failure to tackle global vaccine inequality is increasing the risk of further mutations and endangering all our safety."

The PVA said some 88 per cent of epidemiologists it surveyed warned that low vaccine coverage makes it more likely for more mutations.

And it is estimated by the end of 2021 its likely on 10 per cent of people in poor countries will have been received their vaccine.

India has hit horrific totals of more than 400,000 new daily infections as it detected a new "triple mutant" strain – with more than 2million cases in the last week.

And meanwhile Brazil just weeks ago was recording nearly 100,000 cases daily- which has now dipped to around 30,000.

Vaccines are the most important tool we have to stop people dying, control the virus and stop the threat of mutations but they don’t work if people can’t access them

Iran and Turkey also continue to record tens of thousands of new cases, and the virus continues to spread across the US and parts of Europe, even as the daily infection totals have now started to decline.

The Sun Online previously warned that lack of survllience on virus variants is a matter of global concern – with the world's "most mutated" strain being discovered in Tanzania.

And it has been warned super mutations could become more deadly and beat vaccines if the virus is allowed to let rip before enough people have had their jabs.

The PVA have also previously warned that the first generation of vaccines could be rendered ineffective by the end of the year by the rampant levels of mutation. 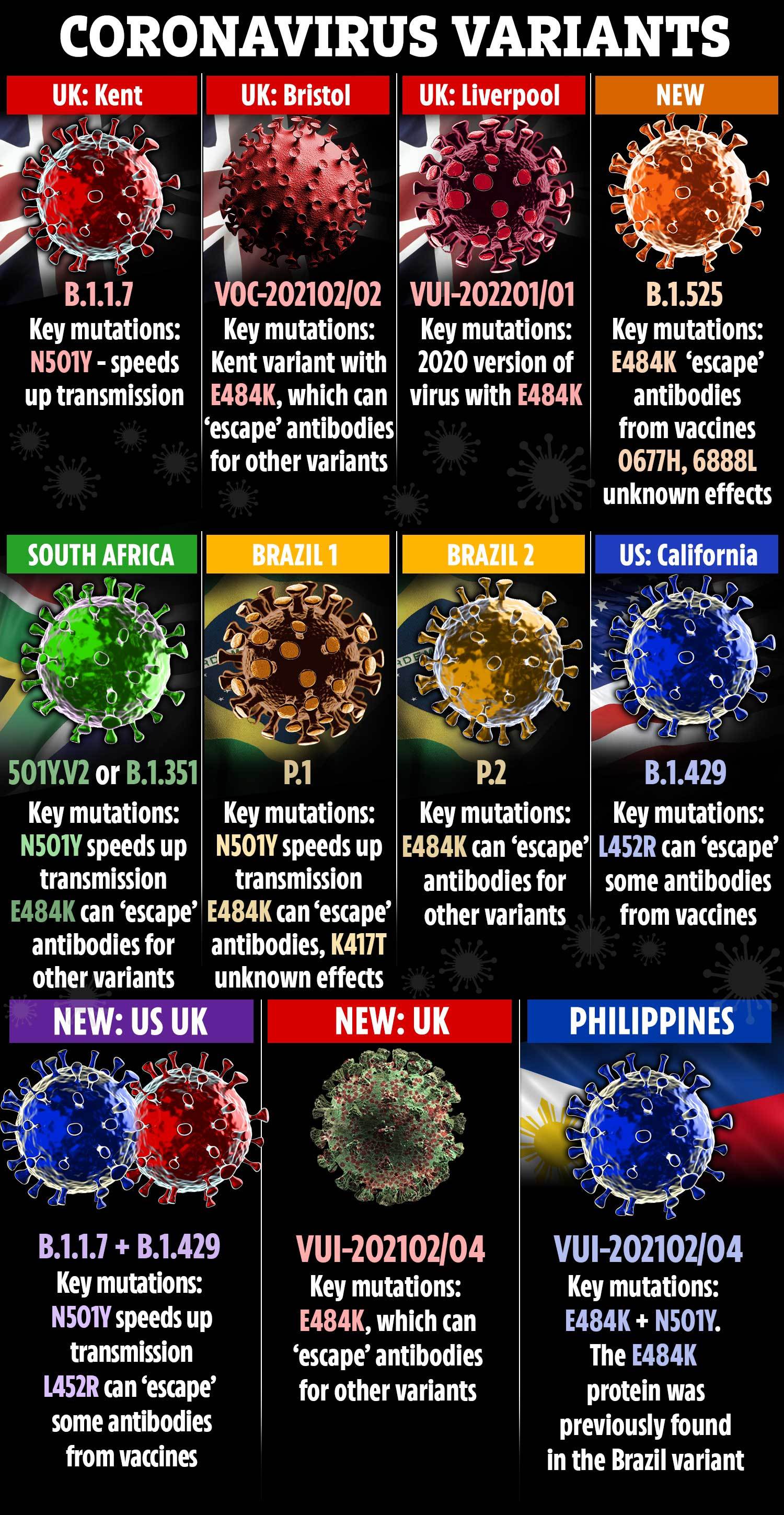 New mutations on the coronavirus can make it harder for the body's immune system, which has been primed to look out for the "original" strain either through vaccination or prior infection, to recognise it.

Antibodies – proteins produced by the immune system to fight the virus – may be weaker against new strains.

The threat of new coronavirus strains also means masks and social distancing could be needed for years to come, despite the vaccine rollout, and it is not clear when border controls will be relaxed.

And its feared should a new variant take hold, further lockdowns may needed to clamp down and stop the spread.

Ms Marriott told The Sun Online: "Variants present a huge risk to all of our safety, especially if they are more transmissible, if they result in more severe symptoms and if they show resistance to existing vaccines or immune responses from previous infection."

She added: "A rise in infections anywhere is a risk everywhere which is why it is self-defeating for governments to only focus on vaccination at home with no replicable plan at the global level to get this virus under control and stop the threat of more variants.

"The huge rise in infections and deaths in countries like Brazil, India, and Peru is so alarming and urgent coordinated action is needed to implement more effective public health measures backed by assistance to households to save lives and stop the rise of poverty and hunger as a result of lock-downs.

"Vaccines are the most important tool we have to stop people dying, control the virus and stop the threat of mutations but they don’t work if people can’t access them. " 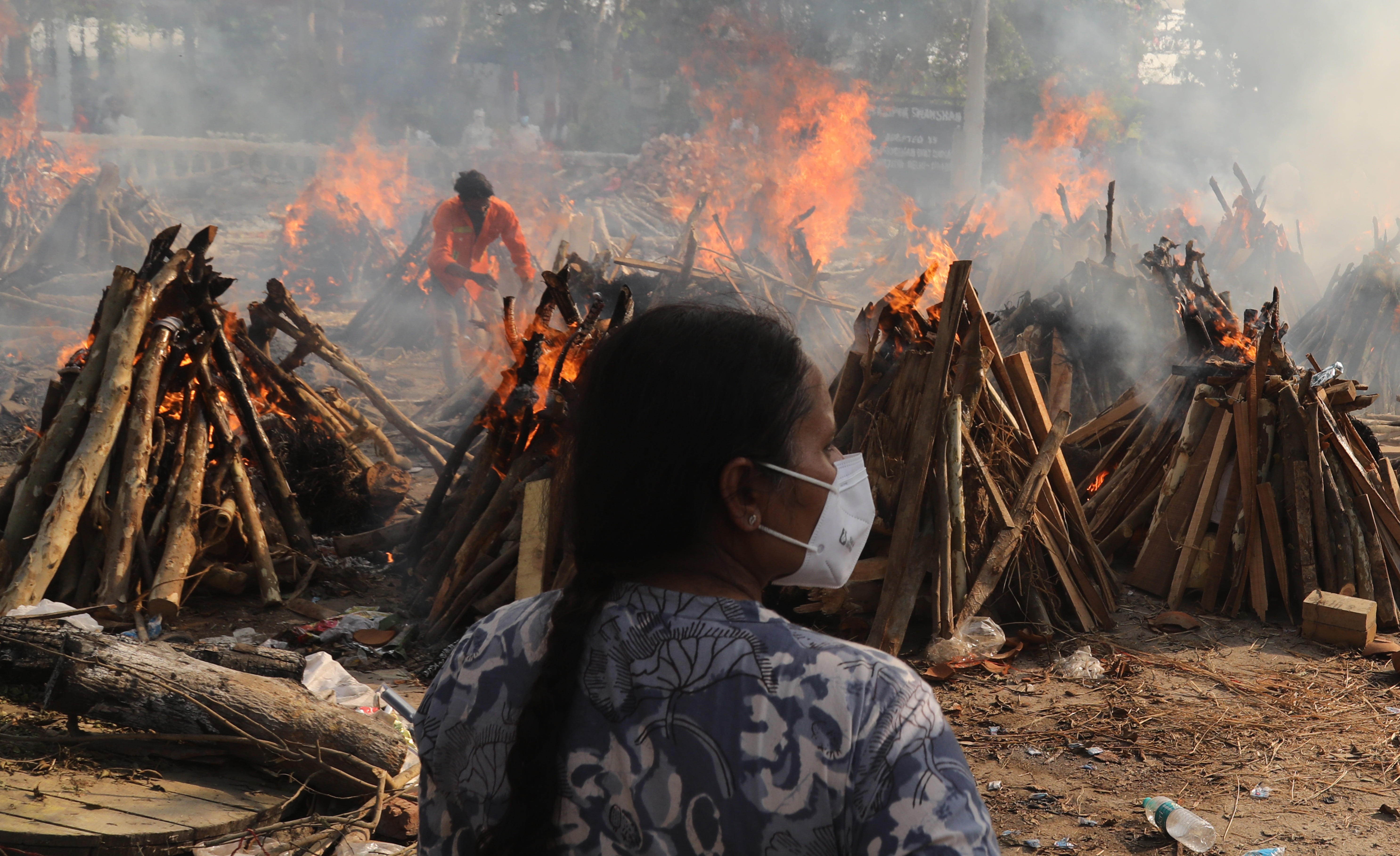 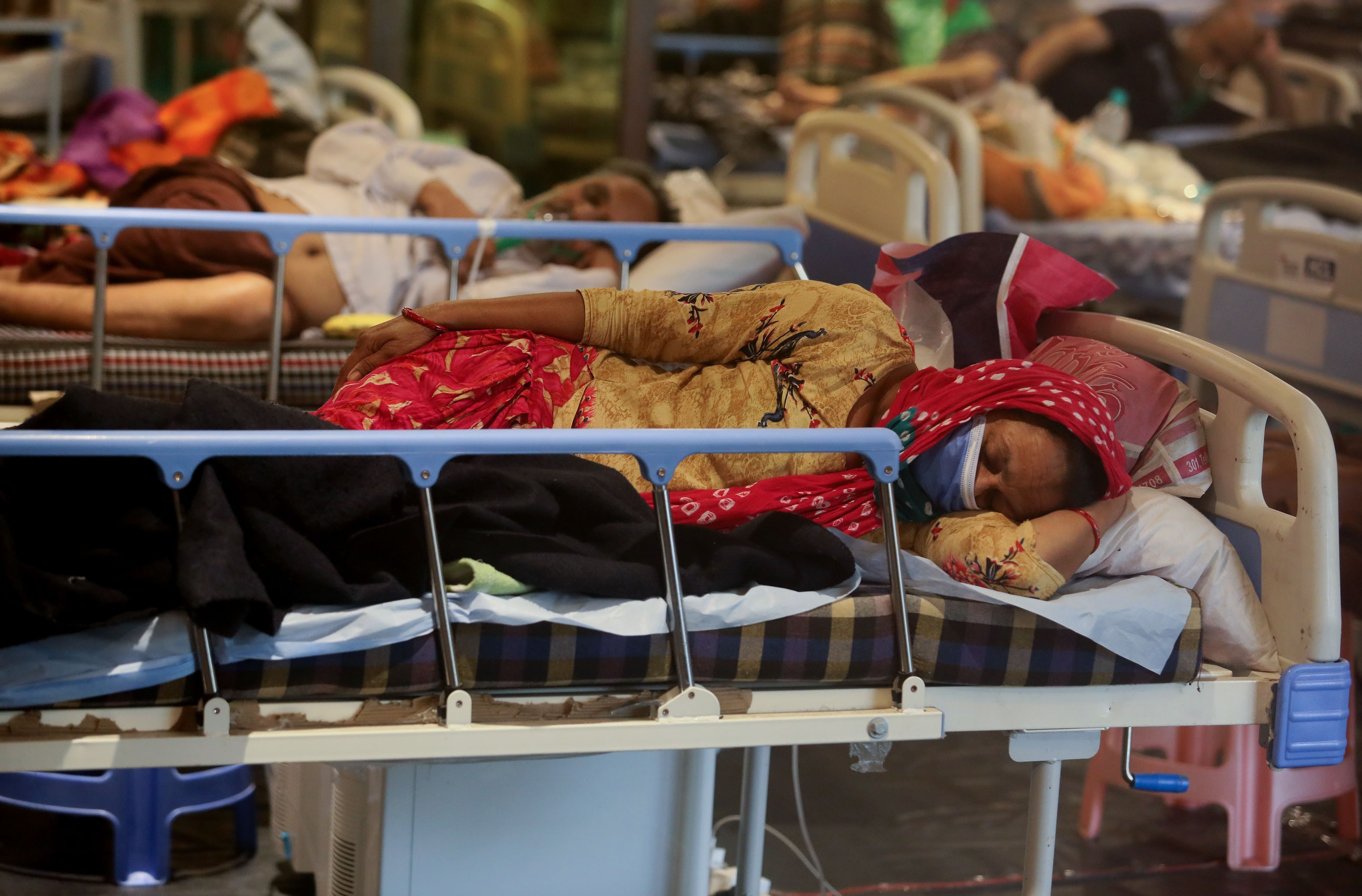 The PVA is urging the UK and other wealth nations to suspend intellectual property rules to allow the vaccines to be mass produced by firms worldwide.

It warns current barriers may lead to the the prolonging of the pandemic as the vaccines cannot to get to places they need – with many nations on pace to not be fully jabbed until 2024.

"The current approach to the global production and distribution of Covid-19 vaccines is falling far short of what is needed.

"We need a people’s vaccine, not only to protect people in the world’s poorest countries, but to ensure that people all over the world who’ve already been vaccinated aren’t put at risk again."

She added: "The failure of governments so far to remove the artificial barriers standing in the way of a massive scale up in vaccine production could prolong this pandemic for years to come."

Dr Tony Lockett, from King’s College London’s Institute of Pharmaceutical Science, previously told The Sun Online about the prospect of a devastating new mutation emerging from the rampant spread worldwide.

He said: "The effect – well it could be devastating – much worse than the original as younger people could become sicker and those who have had the virus get reinfected with the new strain. Its really very scary."