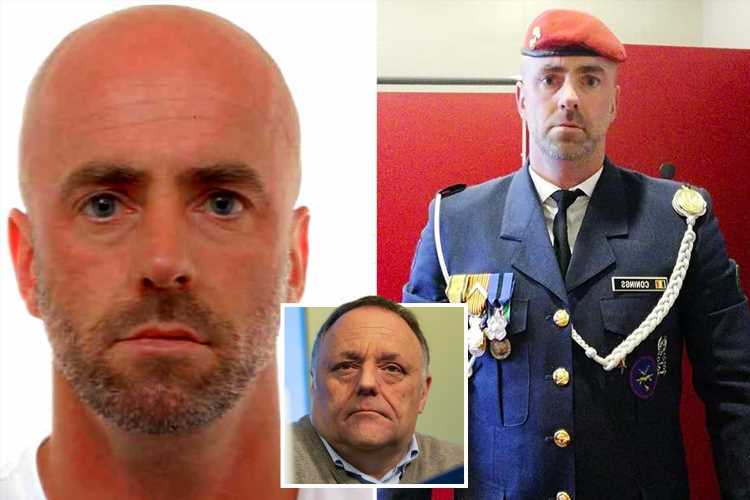 A COVID scientist has been forcing into hiding as anti-lockdown sniper known as the "Belgian Rambo" remains at large.

Neo-nazi soldier Jurgen Conings is on the run reportedly armed with a rocket launcher, a machine gun and a ten man "hit list". 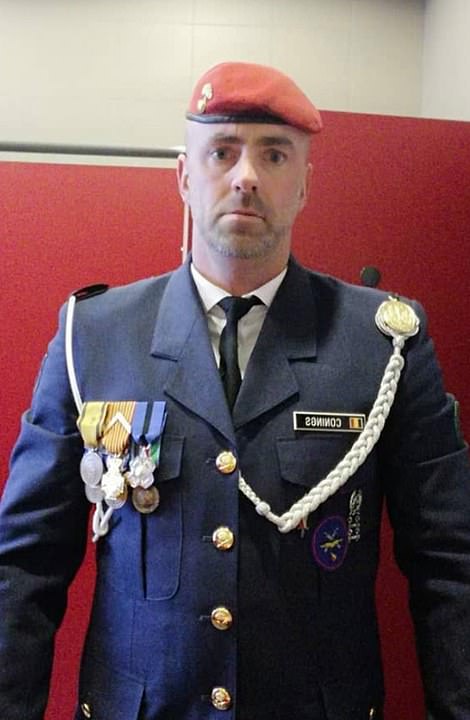 Conings, 46, disappeared from his barracks three weeks ago and declared a twisted personal war on virologists and the "political elite" over lockdowns.

Belgium's most senior expert Professor Marc van Ranst is feared to be one of his number one targets and so has been placed in a police safe house.

The prof is the European nation's answer to Britain's Professor Chris Whitty, or the US's Dr Anthony Fauci – a senior medical figure who has been thrust into the spotlight by the pandemic.

"Unfortunately, he’s a trained sniper with heavy armour, military-grade material and weapons," he told the BBC.

"So, these are the kind of people that you would prefer not to have hunting you."

He revealed that shortly before he was forced into hiding, he actually spotted the "heavily armed" Conings outside his home.

The sniper was seemingly lying in wait for him to return from work, but thankfully van Ranst – along with his wife and son – were already home.

Urged to stay away from the windows, not to go outside and to stay at the secret location, van Ranst described the situation as "surreal".

"We’re not scared, we’re just being careful. It is pretty surreal, but knowing is better than not knowing, because at least I can take these precautions," the professor said.

He added: "“If you’re on television a couple of times every day for months on end, people get sick and tired of you. That’s unavoidable.

"There are a group of people that hate science and hate scientists. Very often they are scared and uncertain." 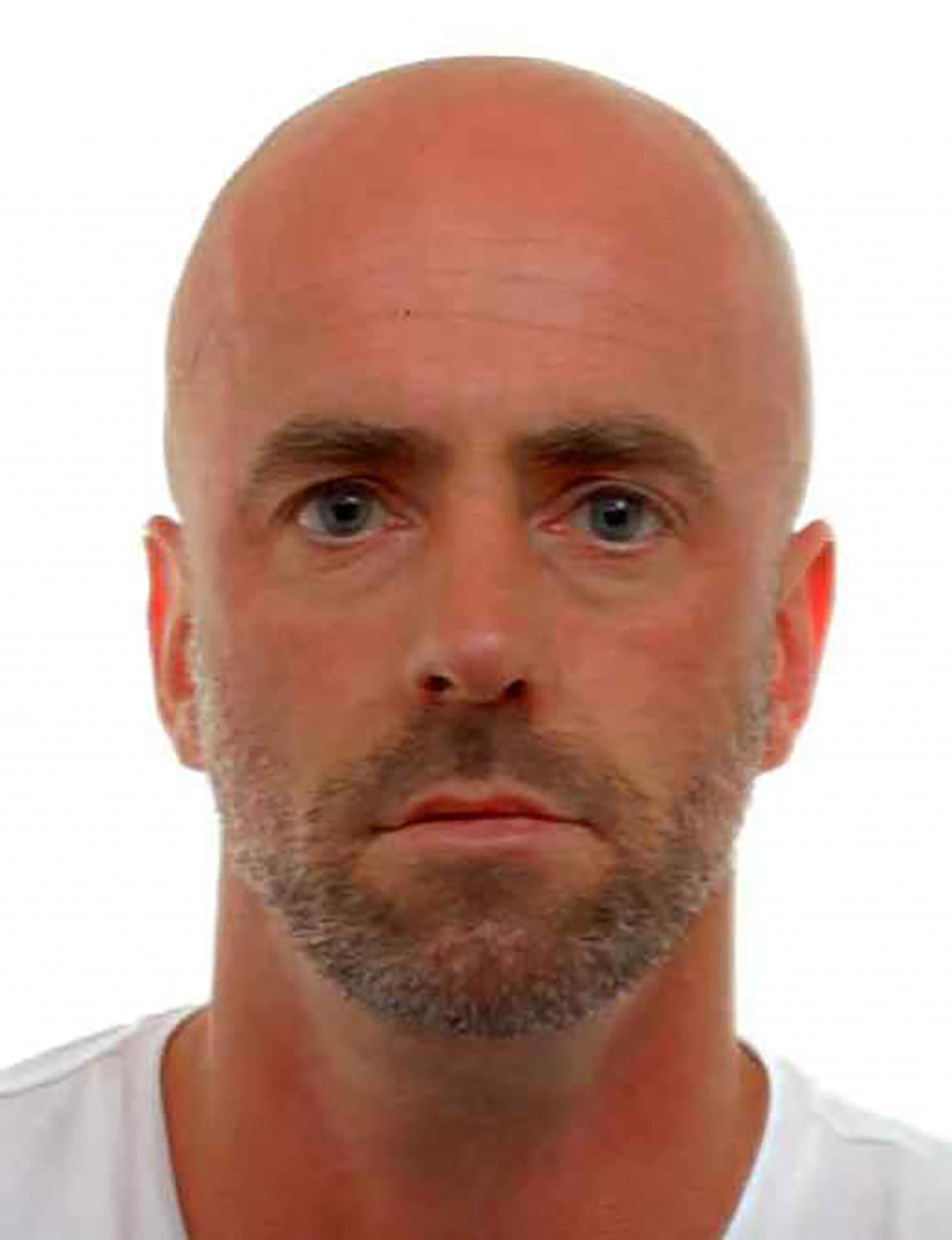 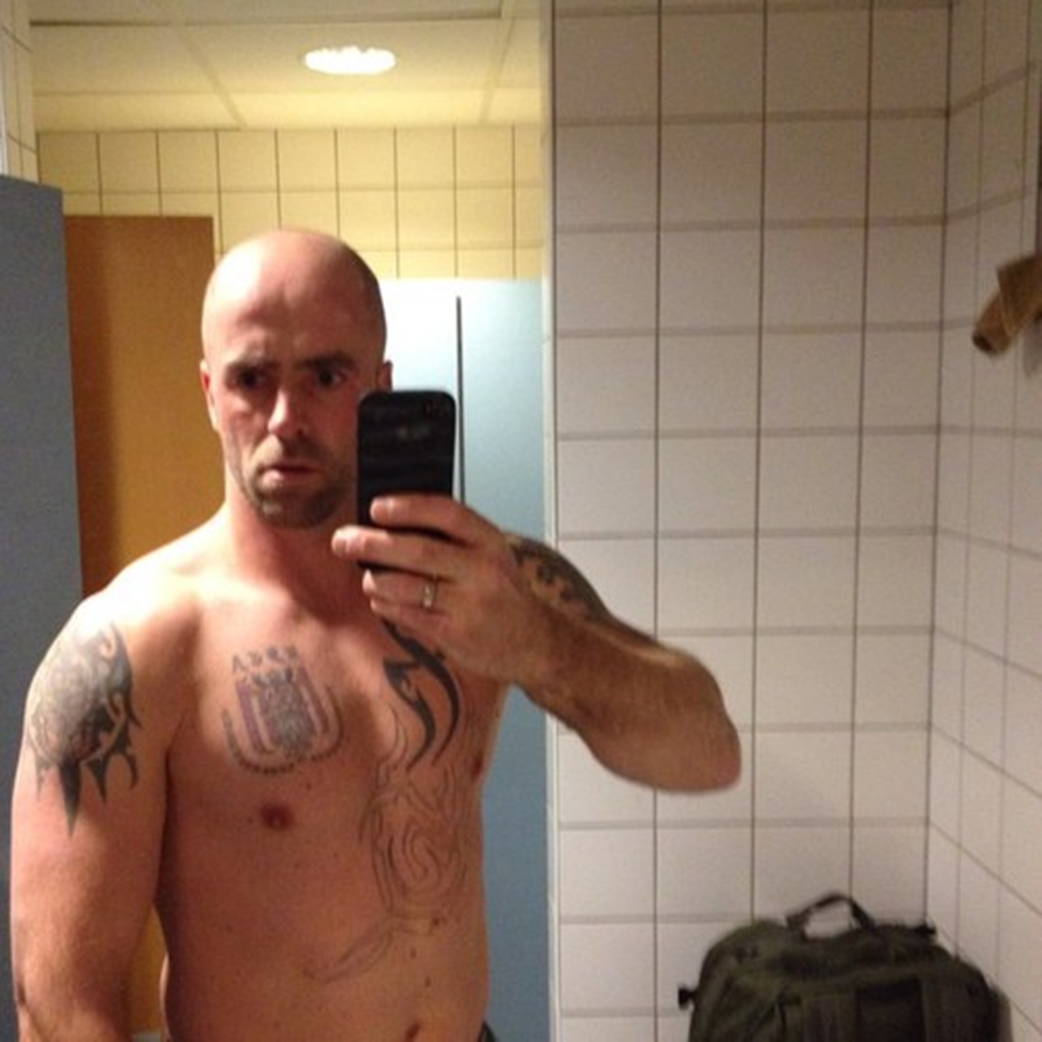 Conings is the violent realisation of many anti-lockdown campaigners, anti-vaxxers and conspiracy theorists who claim Covid is a wide-ranging hoax.

Belgian authorities have described him as extremely dangerous man who had been for years been monitored on terror watch lists.

He emptied his bank account before vanishing with him, taking an unknown amount of ammo along with anti-tank missiles.

His car has been found abandoned, and he is presumed to be preparing a terrorist attack or assassination.

Soldiers have hunted for him in Belgium's forests, in scenes similar to Sylvester Stallone movie classic First Blood – earning the extremist the moniker of "Belgian Rambo".

He left behind letters denouncing lockdown restrictions and saying he was prepared to die to fight them.

Security services are now facing questions about why action was not taken against Conings sooner, and how he was allowed to carryon his role as arms training officier. 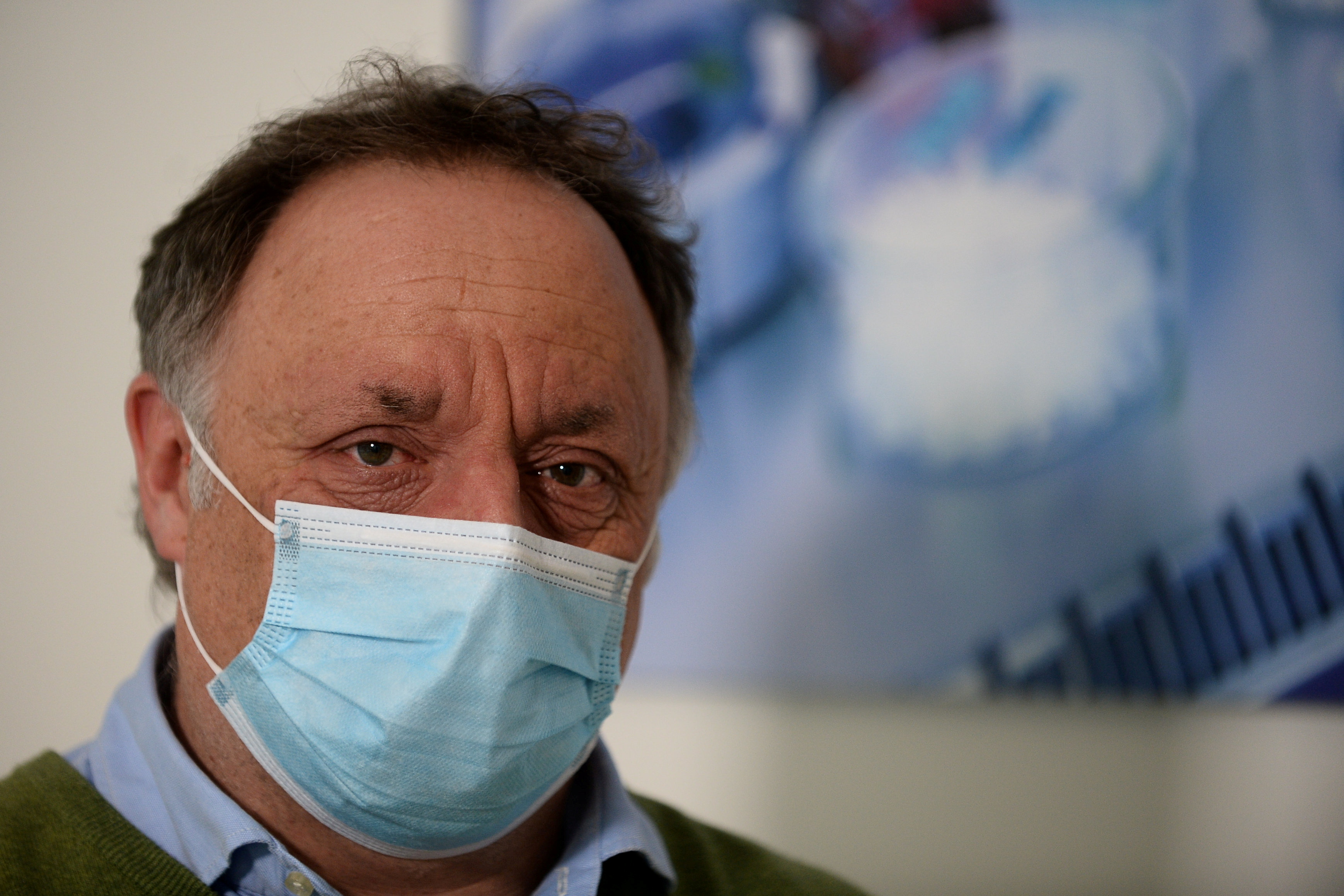 Conings is also feared to have accomplices who may be aiding him and was a member of a fascist militia known as the Flemish Legion.

He had been actively under investigation since August 2020 after he was found to have been attempting to discover Professor van Ranst's address.

And he was marked as a "potentially violent extremism" at the beginning of 2021.

The potential terrorist had formerly served in Afghanistan and Libya, and had been a member of the Belgian army since he was 18.

Rising far right extremism is a matter of serious concern across the world, particularly after the attack on the US Capitol on January 6.

In the note he left after his disappearance, Conings ranted: "The so-called political elite and now also the virologists decide how you and I should live.

"They sow hatred and frustration. I cannot live with the lies." 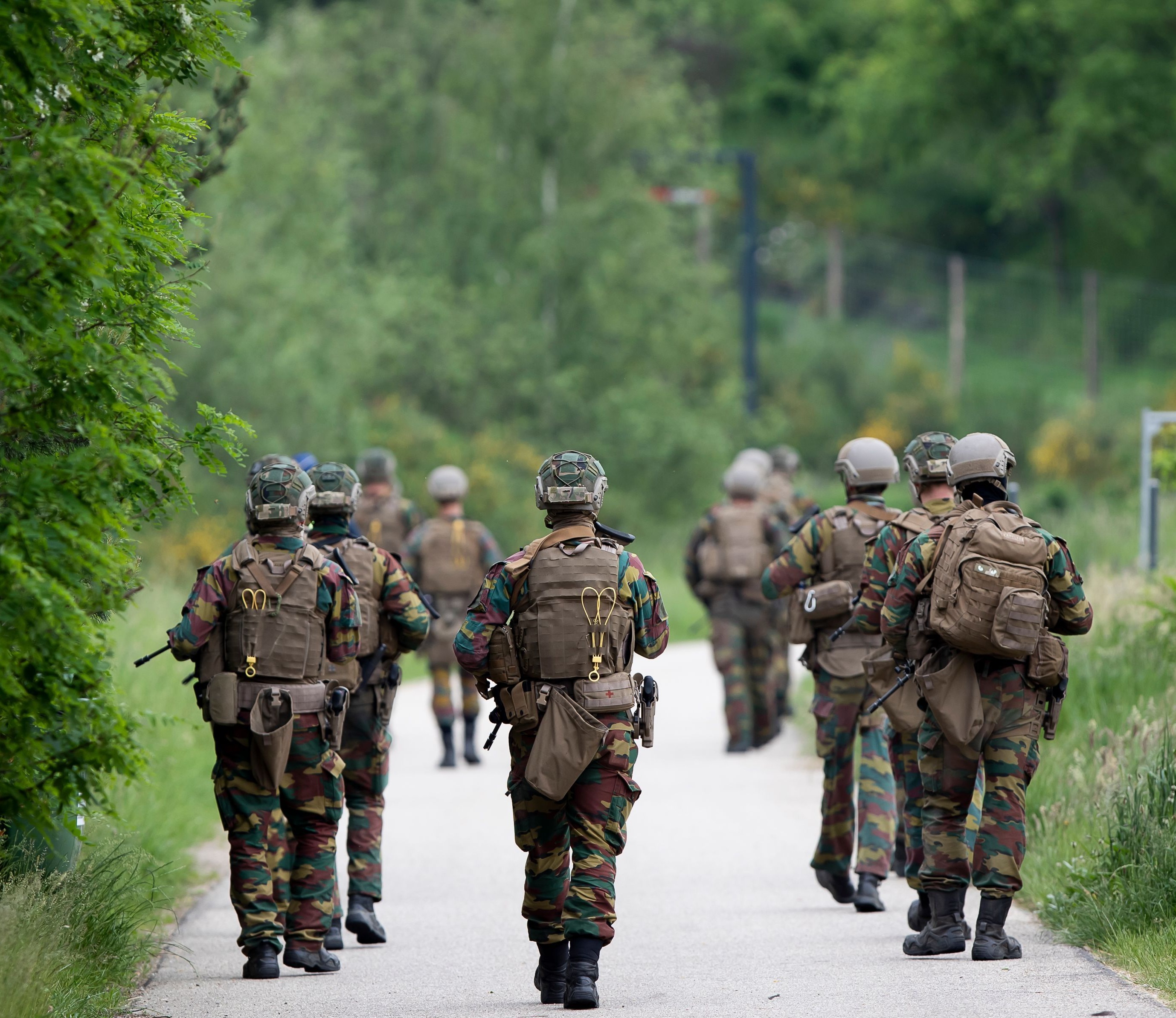 Prof van Ranst added what has been more troubling for him is the support which Conings has got online, with one group on Facebook gathering 50,000 members.

He said: "These are real people, who really think this man is a hero and that I deserve to die.

"They are people, living in your neighbourhood, who wage bets on exactly when and with how many bullets he will murder me.”

Asked if he has a message for Conings, he said: “Why would I want to have a conversation with a person that hates me and wants to kill me?”

Hundreds of special forces soldiers searched woodland in the Hoge Kempen park near where his car was found abandoned on Thursday.

It followed a military operation involving some 600 troops – including from The Netherlands and Germany – as they failed to find him.

Prosecutors believe the longer he fails to appear, the higher the likelihood that he is dead.

However, investigators are taking no chances and are working on the assumption that he is alive an an active threat.