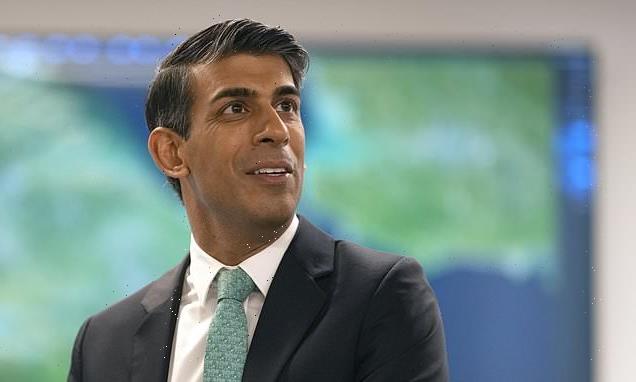 In his pitch to become Tory leader, Rishi Sunak promised to begin tackling the Channel migrants crisis within his first 100 days in office.

So the Daily Mail is delighted the Prime Minister seems to mean business. His Commons statement on how he aims to fulfil his pledge of stemming the tide of dinghies bringing economic migrants from France was impressively pugnacious.

Finally, the Government seems to have woken up to the fact that its lamentable failure to stop record numbers reaching our shores illegally has led to frustrated voters deserting the Conservatives in droves.

At first blush some of the initiatives announced yesterday, such as establishing a new small boats taskforce, may appear to merely tinker around the edges of the problem. But Mr Sunak’s vow to clear the asylum backlog by next year, remove thousands of Albanians back to their safe country and make it tougher to abuse modern slavery laws is hugely welcome. 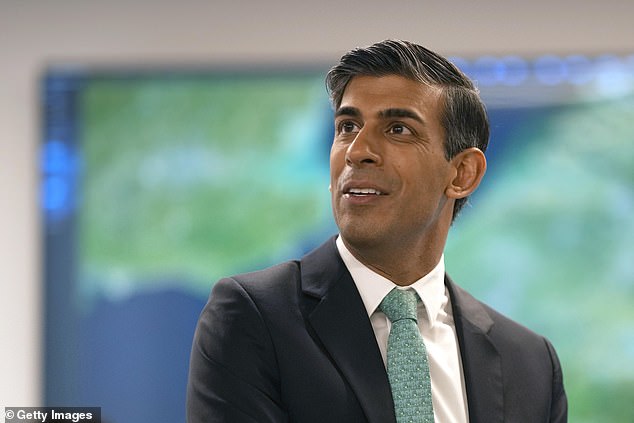 In his bid to become Tory leader, Rishi Sunak promised to begin tackling the Channel migrants crisis within his first 100 days in office, and the Daily Mail is delighted the Prime Minister seems to mean business

The real game-changer, though, may be his pledge to introduce sweeping powers to detain and swiftly deport illegal entrants.

Yes, this is contentious. It effectively signals Britain’s withdrawal from the global asylum system, which Mr Sunak rightly condemned as ‘obsolete’. It may involve rewriting our broken human rights laws.

And, of course, Labour, the Home Office ‘blob’ and shroud-waving lawyers who use dodgy appeals to thwart deportations, will use all means to try to block his policies.

But Mr Sunak is correct to say: ‘Enough is enough.’ If his words translate into successful action, it could make his political career – and transform Tory fortunes at the next election.

Rail union baron Mick Lynch likes to portray himself as a calm and reasonable man. But beneath the surface lies just another petulant, abrasive, bullying class warrior.

Yesterday, this Trotskyite reverted to type during a series of ill-tempered interviews as strikes by the RMT brought the train network to a standstill.

When asked perfectly fair questions about dwindling support for the walkouts, how much money his members are losing due to picketing and why he was ruining Christmas, he threw a tantrum.

First, the firebrand accused Radio 4’s Mishal Husain of ‘parroting Right-wing propaganda’. Really? Mr Lynch must be the only person who thinks the broadcaster has anything other than Left-wing sympathies.

Then he clashed with ITV’s Richard Madeley. The presenter is to be commended for doing the job seemingly vacated by ministers – speaking up forcefully on behalf of the long-suffering travelling public.

The truth is, Lynch the Grinch is rattled. People are increasingly angered that his rejection of a 9 per cent pay deal (a fraction below the rate of inflation) is not out of concern for rail workers’ well-being.

It’s because he’s clearly itching for a punch-up with the Tory Government – irrespective of the damage it does to his members, the public, the economy and the country.

A new poll shows the Duke and Duchess of Sussex are the least popular of all the royals bar Prince Andrew. Considering he has been embroiled in a paedophile sex scandal, that is a humiliating drop in public esteem.

Perhaps the narcissistic pair don’t care about regaining the high regard in which they were once held. But if they do, they should stop spouting bile at their family, the monarchy and this country – and embrace the quiet life they claim they desire.