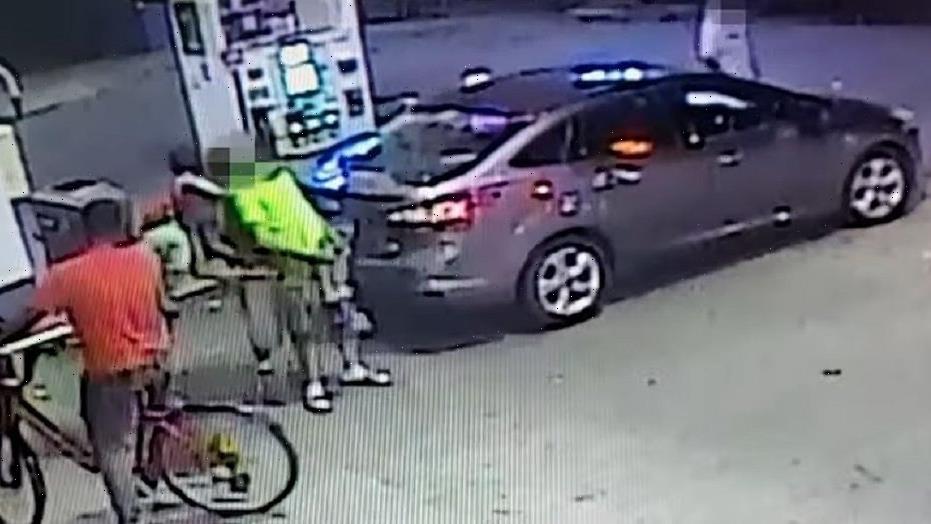 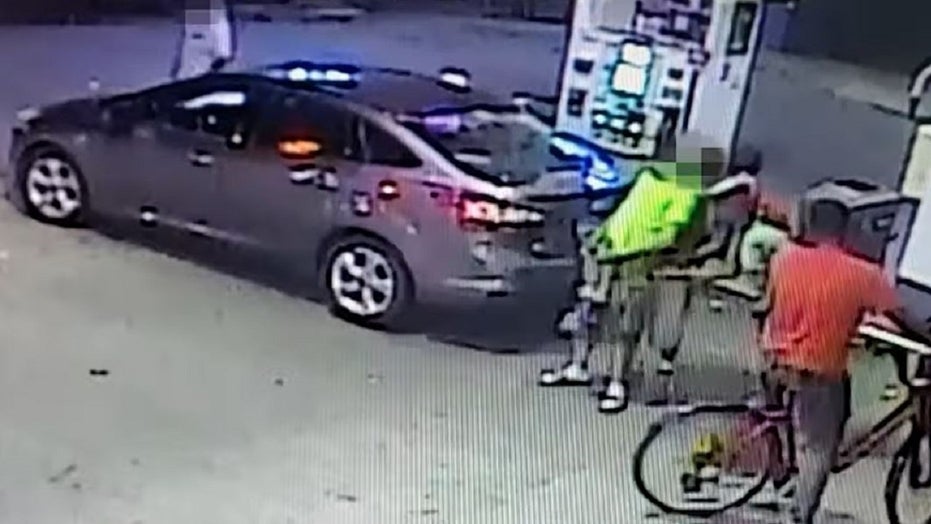 Five suspects in the robbery and beating of a victim at a Washington D.C., gas station are being sought after the attack was captured on video.

The Metropolitan Police Department released surveillance footage of the attack in hopes that the public will help identify the culprits.

The incident began just after 11:10 p.m. on July 24 at a gas station in the northeast quadrant of the city.

The footage appears to show three people surrounding a male near a car parked at the station. One of them is on a bicycle.

As the victim begins to walk away, one of the suspects grabs him from behind while another appears to reach into his pants pockets.

The victim is then shoved to the ground and kicked several times. At that point, another suspect comes and appears to help the other two standing over him as they appear to go through the victim’s pockets.

As the attack is happening, a person gets into the driver’s seat of the car where the confrontation initially took place and pulls away.

The suspect on the bicycle watches as yet a fifth person comes and appears to rob him as well. They all leave as the victim is on the ground.

One attacker kicks the victim once more before fleeing. As of Wednesday, robberies were up 3% in the city with 1,049 being reported compared to 1,013 in the same time frame last year, according to police figures.