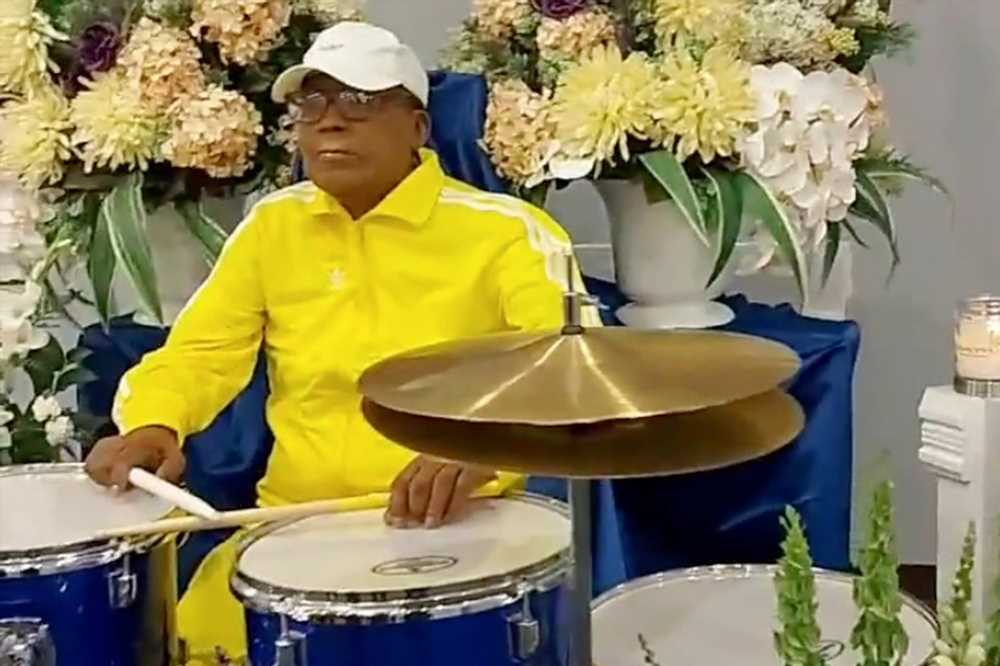 A well-known drummer went out with a bang in Canada — with his corpse seated behind a five-piece kit in a funeral home.

The body of Brentnol McPherson, known as Bonny Brent, was placed behind the percussion set at the Covenant Funeral Home in Toronto while clad in a yellow jumpsuit and white hat, the Toronto Sun reported.

“Bonny Brent 1952 – 2021” is written across the bass drum in memory of the son of famed Guyanese drummer and band leader Tom Charles.

Surrounded by flowers, the bespectacled drummer stares ahead while holding his drumsticks perched on a pair of toms.

Brent’s family decided on the offbeat tribute to give one last nod to their loved one’s musical talent before carrying him to his final resting place in a traditional coffin.

“Reunited with his dad the late greats Tom Charles, Pamela Maynard, Dennis Brown and the many artists gone before him,” Covenant Funeral Homes wrote on Facebook.

The unorthodox wake was shared on YouTube under the heading “Bonny Brent’s last performance,” according to the US Sun, which said the late drummer had been treated for cancer.

The video snared a variety of reactions on YouTube.

“The weird thing is, he kept playing rim shots during his eulogy,” one wrote.

“I’m deeply offended by this. Not as a person but as a drummer: those rack toms are completely unplayable at that angle,” another said.

A third quipped: “That drummer was not on his game, didn’t even give us a cymbal crash.”