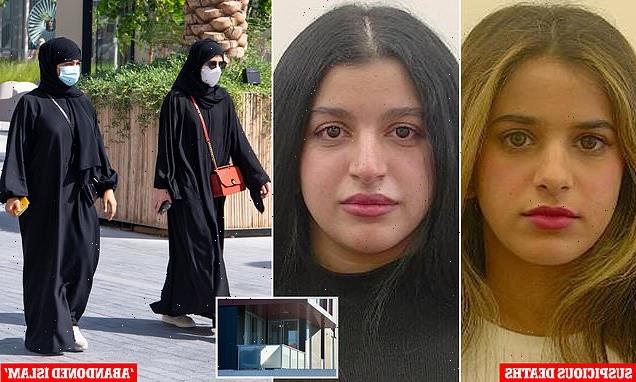 EXCLUSIVE: Startling new details in suspicious deaths of Saudi sisters as it emerges they escaped to Sydney during family holiday with $5000 in cash before changing their names and renouncing Islam

Two young sisters escaped Saudi Arabia with $5000 during a family holiday, flew to Australia via Hong Kong, changed their names and renounced Islam – five years before their decomposing bodies were found in a Sydney unit.

That’s according to new reports published in Middle Eastern newspapers overnight on Friday.

Detectives believe they died a month earlier in May, but have otherwise been left scratching their heads trying to work out what happened.

No cause of death has been determined – there were no clear signs of injury, and no signs of forced entry into the building.

However, news outlets based in Yemen have shed more light on the baffling situation – reporting the women fled their homeland with a wad of cash in 2017 due to a highly-tumultuous relationship with their parents. 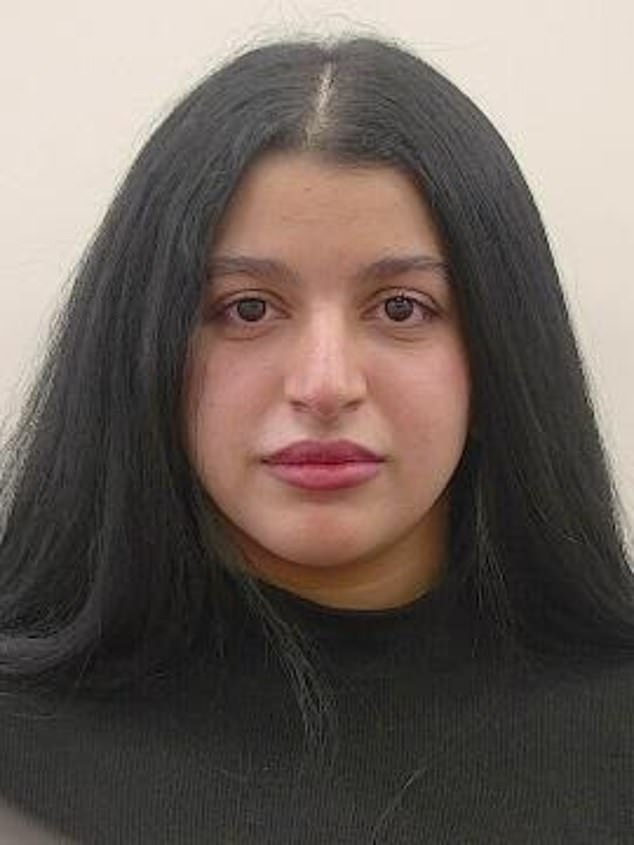 Pictured: Asra Abdullah Alsehli, 24. She and her sister were found dead in Sydney’s south-west 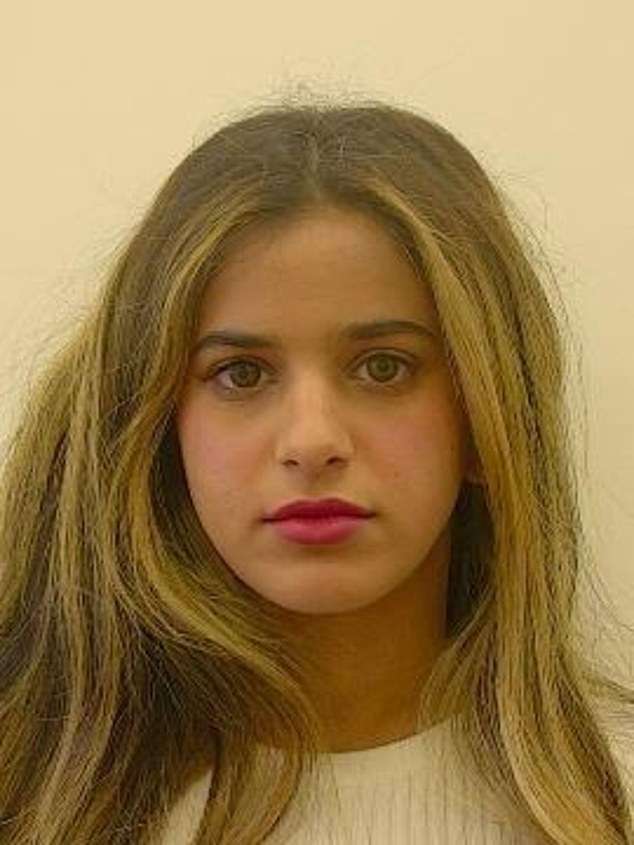 Pictured: Amaal Abdullah Alsehli, 23. Her body was found on June 7 in a Canterbury apartment

According to Ana Yemenyi and Tomorrow’s Yemem, the sisters were on a summer holiday with their family when they jumped on a plane to Sydney, via Hong Kong.

They changed their names from Reem and Rawan Abdullah Al-Sahli to Israa and Amal Abdullah Alsehli, renounced Islam and became atheists’, the outlets claim.

The sisters then connected with an Australian refugee organisation. It is understood they were on bridging visas until they died in June.

Local news outlets said their brother was expected to make a public appeal to encourage any potential killer to come forward, but the family have so far remained silent.

The mysterious deaths have made waves on social media, with many Middle Eastern locals asking why the sisters felt the need to escape the Saudi Kingdom.

One man said the women exposed themselves to danger when they left their homeland: ‘Do not leave Saudi Arabia in search of freedom. You will not find it.’ 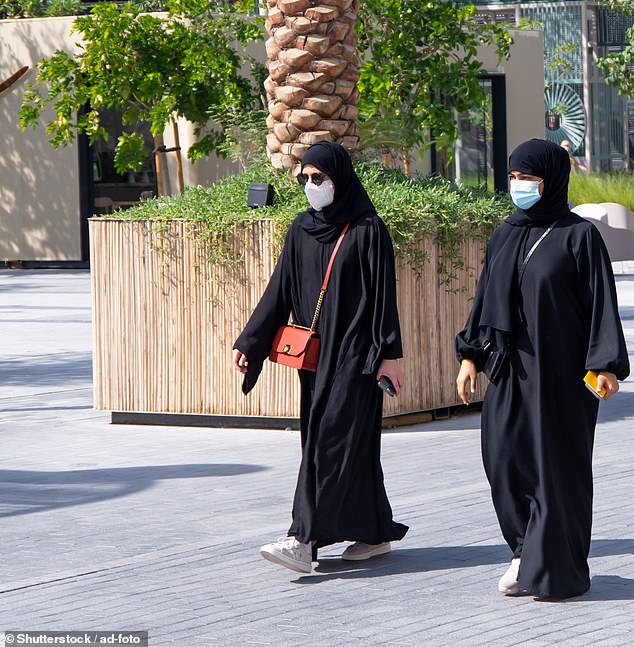 The sisters flew from Saudi Arabia to Sydney, via Hong Kong, with $5000 in their pocket (stock image of women in the Middle East) 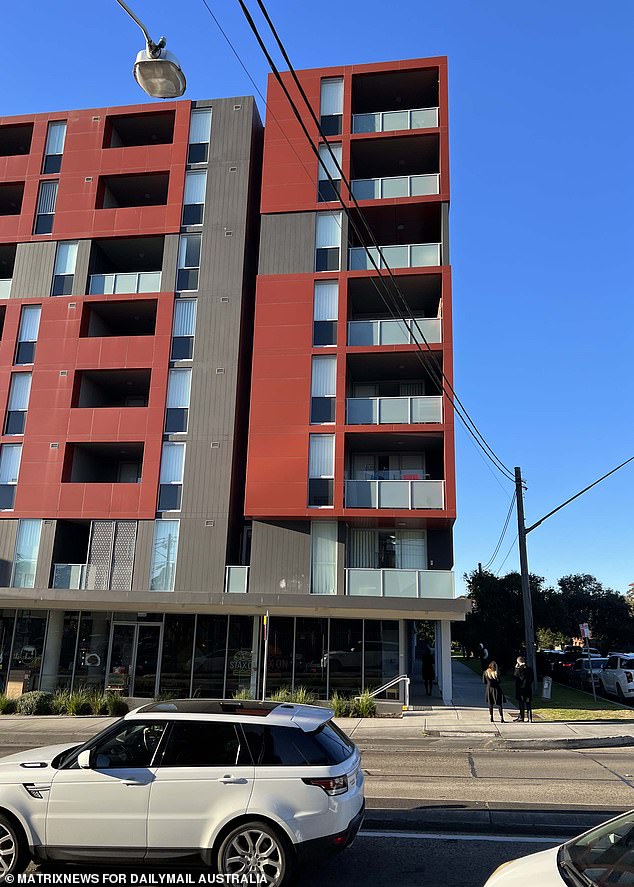 When they arrived in Sydney, they made contact with a refugee agency. Pictured: Their Canterbury apartment block, where they were found dead in June

The Consulate of Saudi Arabia in Sydney has offered its condolences to the family, who are believed to be ‘well connected’.

Despite local reports, NSW Police say the family are cooperating with investigators and have ‘no reason’ to believe the Alsehli sisters fled their homeland.

The Coroner has not released the bodies of the sisters to their family, although it is understood they could be buried in Sydney.

At a press conference on Wednesday, Detective Claudia Allcroft confirmed police know very little about the women and renewed an appeal for public information – anyone who saw the sisters in their final days has been urged to come forward.

While police told Daily Mail Australia in June that the toxicology tests had been fast-tracked, detectives said on Wednesday they were still waiting on the results.

Toxicology reports are normally processed within four to six weeks. 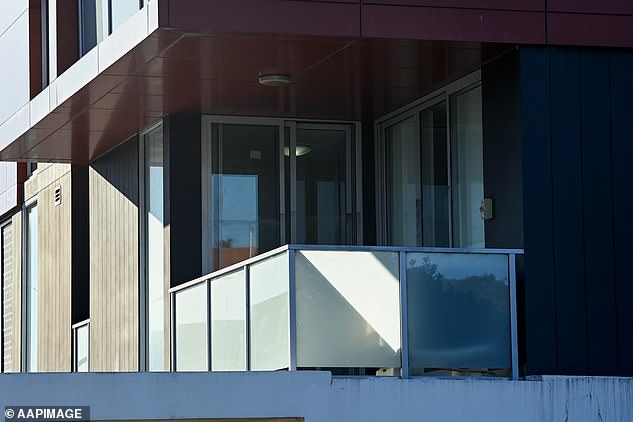 – Fled Saudi Arabia as teens with $5000, during a holiday with their parents.

– Had a troubling relationship with their parents. NSW Police say the family are cooperating.

– Both had Australian business names, but police can’t confirm what they did for work.

– Filed an AVO, and then withdrew it.

– Bodies found a month after they died.

– Cause of death unknown.

Eight weeks’ on from the grisly discovery, the case is still plagued with mysteries and inconsistencies.

Both women registered ABNs in 2018 for sole trading to a Wetherill Park address, in Sydney’s West, but police still can’t confirm what they did for work.

They also drove a black BMW coupe which normally costs upwards of $38,000, and lived in a modern, two-bedroom $490-per-week apartment.

In 2018, Asra filed an AVO against a 28-year-old man, but the matter was withdrawn in court the following year and the details of the application are unknown.

The sisters’ car was also keyed in late 2021, but is unknown whether it was a coincidence or whoever damaged their property had malicious intent.

The women regularly went to the local service station for coffee and energy drinks with workers describing them as ‘cheerful’ – but they noted the pair would only respond to questions,  never starting a conversation.

There were also three welfare checks carried out by police in the months before the girls were finally discovered in separate beds of their first-floor Canterbury unit as mail piled up outside their door.

Police believe the women died in May – around the time they stopped paying rent.

As detectives struggle to find out what the women were doing in Australia, police on Wednesday released their photos for the first time.

‘We hope that someone may be able to assist our investigators,’ Detective Allcroft said.

‘Either through sightings, or those who knew the sisters and may have some information on their movements prior to their death.’ 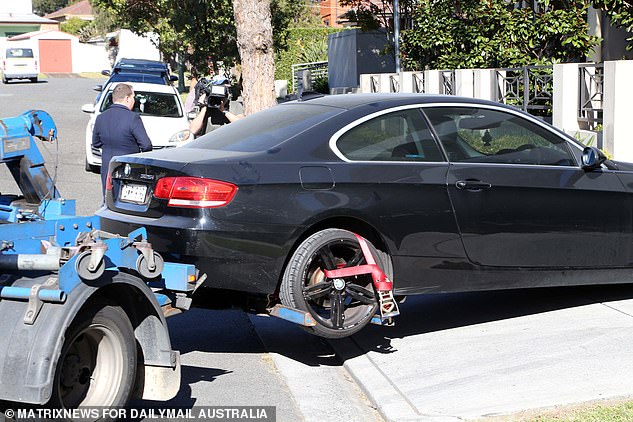 They flew to Sydney, via Hong Kong, and made contact with a refugee centre.

2019: Asra took an AVO out against a man, but it was later dismissed.

2020: They frequently visited a service station around their flat, with locals describing them as ‘friendly’.

In one of the checks, the pair were described as ‘timid’ and refused to let anyone enter the apartment.

They eventually allowed officers to enter, but stayed huddled together in the far corner of the unit.

May, 2022: The owner of their Canterbury unit filed a civil case against Asra on May 13.

That action was taken four weeks after sheriff’s officers went to the apartment to serve the women with an eviction notice.

June 7, 2022: Officers conducting a welfare check made the grisly discovery.

Police believe the sisters died in May, but have not been able to determine a cause of death.