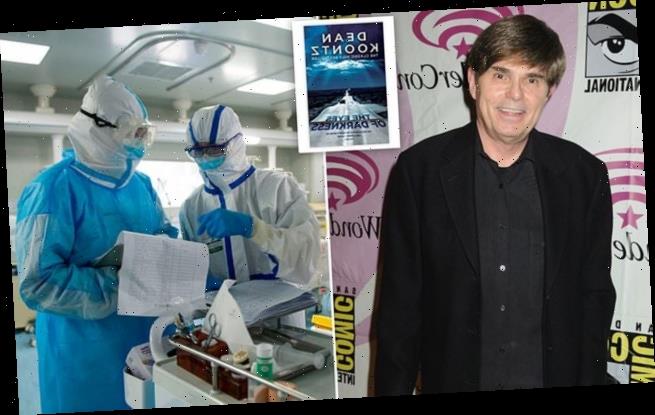 Panic-reading! Dean Koontz’s 1981 thriller about a deadly virus from Wuhan tops bestseller lists 39 years on as fans say it ‘predicted the coronavirus outbreak’

A Dean Koontz thriller novel about a killer virus that started in Wuhan has become a bestseller amid rising fears over the spread of the deadly coronavirus.

Fans of the author insisted that his 1981 work The Eyes of Darkness, which describes a virus named ‘Wuhan-400’ after the Chinese city it originated in, predicted the outbreak of COVID-19, which was first identified in the same city.

Now the Amazon Charts for the week of March 1, 2020 show Koontz’s nearly 40-year-old book as the number three most sold book of the week, behind Alex North’s The Whisper Man and Hilary Mantel’s The Mirror and the Light.

In The Eyes Of Darkness, Wuhan-400 is a bioweapon virus that has a fatality rate of 100 percent within 12 hours. The characters explain that the Chinese intended to use it ‘to wipe out a city or a country’ without the need for ‘expensive decontamination’.

One character in the novel says: ‘They call the stuff ”Wuhan-400” because it was developed at their RDNA labs outside the city of Wuhan.’

Twitter user Nick Hinton, who first posted a screenshot of the passage from the novel earlier this month, said: ‘A Dean Koontz novel written in 1981 predicted the outbreak of the coronavirus!’ 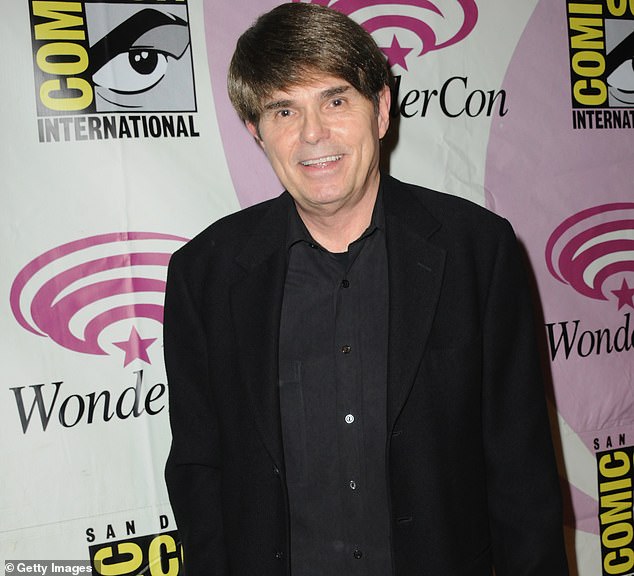 Dean Koontz wrote The Eyes Of Darkness in 1981, describing the ‘Wuhan-400’ virus 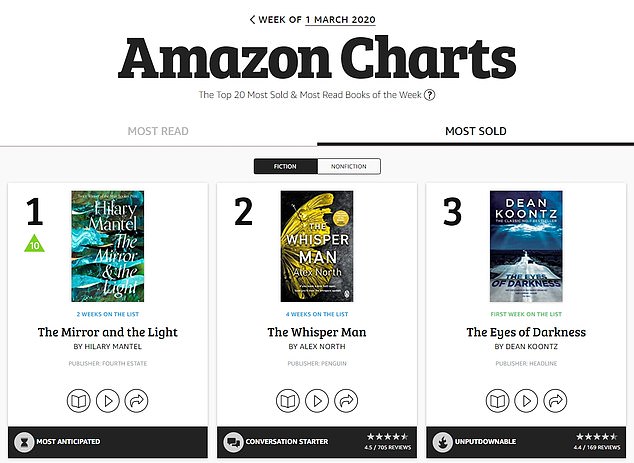 Now the Amazon Charts for the week of March 1, 2020 show Koontz’s nearly 40-year-old book as the number three most sold book of the week, behind Alex North’s The Whisper Man and Hilary Mantel’s The Mirror and the Light 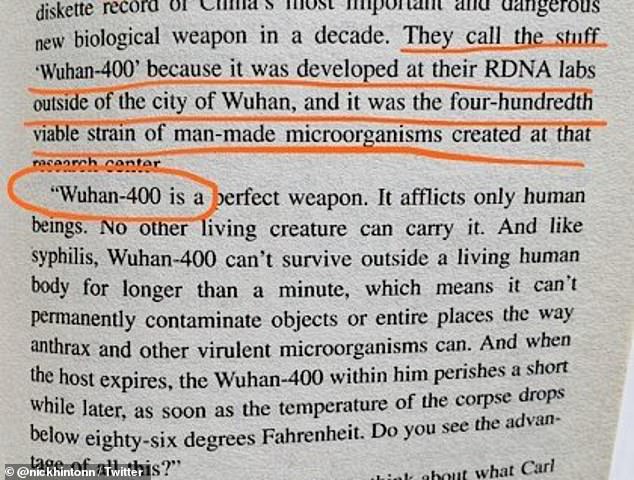 One reviewer on Amazon writes: ‘Following Coronavirus I found snippets from this book on Facebook.

‘Intrigued so I bought it. Wow! I had goosebumps for most of it, well written fiction but the fact that the Virus was mentioned in this 1981 publication had me gripped to the end.

Although coronavirus was first identified in Wuhan, there is not yet scientific consensus about how and where it jumped to humans.

Initial theories suggested that it jumped to humans from exotic animals in a Wuhan ‘wet market.’ Others have suggested, so far without proof, that the pathogen may have escaped from the Wuhan Virology Lab, China’s only biosafety-level four facility.

Other than the city of origin, however, there is little similarity between the fictional Wuhan-400 and the real coronavirus. 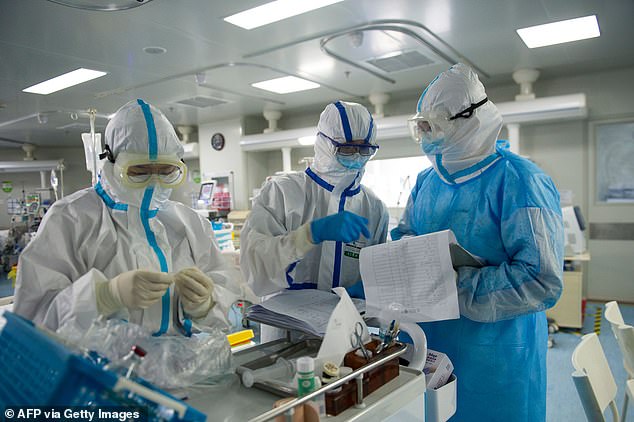 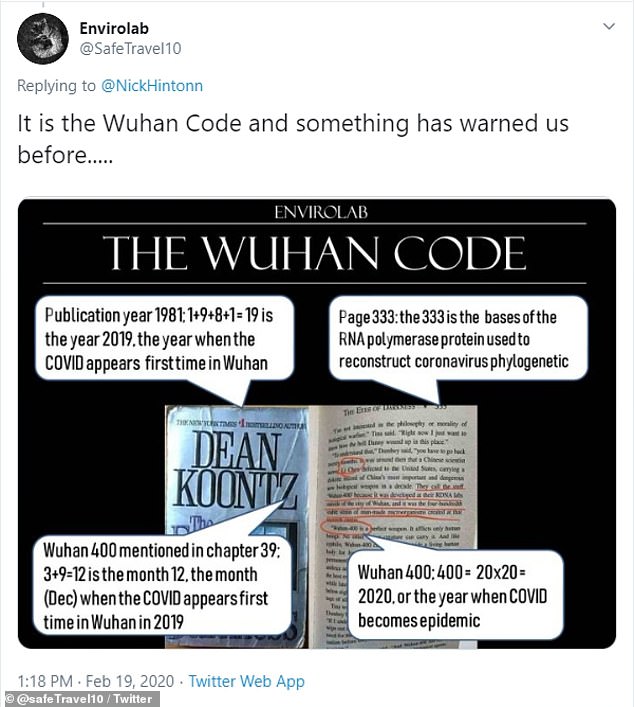 Differences between Wuhan-400 and coronavirus

Despite the surface similarity, there are big differences between Koontz’s fictional virus and the real coronavirus:

One character in Koontz’s book says: ‘Wuhan-400 is a perfect weapon. It afflicts only human beings. No other living creature can carry it. And like syphilis, Wuhan-400 can’t survive outside a living human body for longer than a minute, which means it can’t permanently contaminate objects or entire places the way anthrax and other virulent microorganisms can.’

Coronavirus however has an estimated mortality rate of just 2 to 3 percent. It can survive on surfaces for much longer than a minute, possibly hours or days, though scientists are working now to determine such properties with more precision. 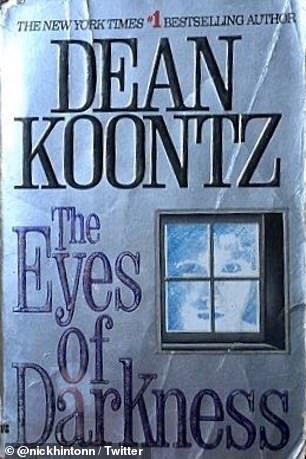 Says one character in the novel: ‘They call the stuff ‘Wuhan-400′ because it was developed at their RDNA labs outside the city of Wuhan’

In the Koontz novel, the Wuhan-400 attacks the brain.

As one character describes it: ‘The virus migrates to the brain stem, and there it begins secreting a toxin that literally eats away brain tissue like battery acid dissolving cheesecloth. It destroys the part of the brain that controls all of the body’s automatic functions.’

Coronavirus, on the other hand, primarily affects the respiratory system, in severe cases resulting in pneumonia. The primary symptoms are fever, coughing, and shortness of breath.

The book also describes a virus that has an incubation period of just four hours, whereas coronavirus incubates for several days to two weeks.

Finally, to the disappointment of conspiracy theorists, it turns out that in the first edition of The Eyes Of Darkness, the virus was originally called ‘Gorki-400’, after the Russian city where Koontz originally wrote the bioweapons lab.

After the Soviet Union fell in 1991, Koontz apparently changed later editions to make China the villain.