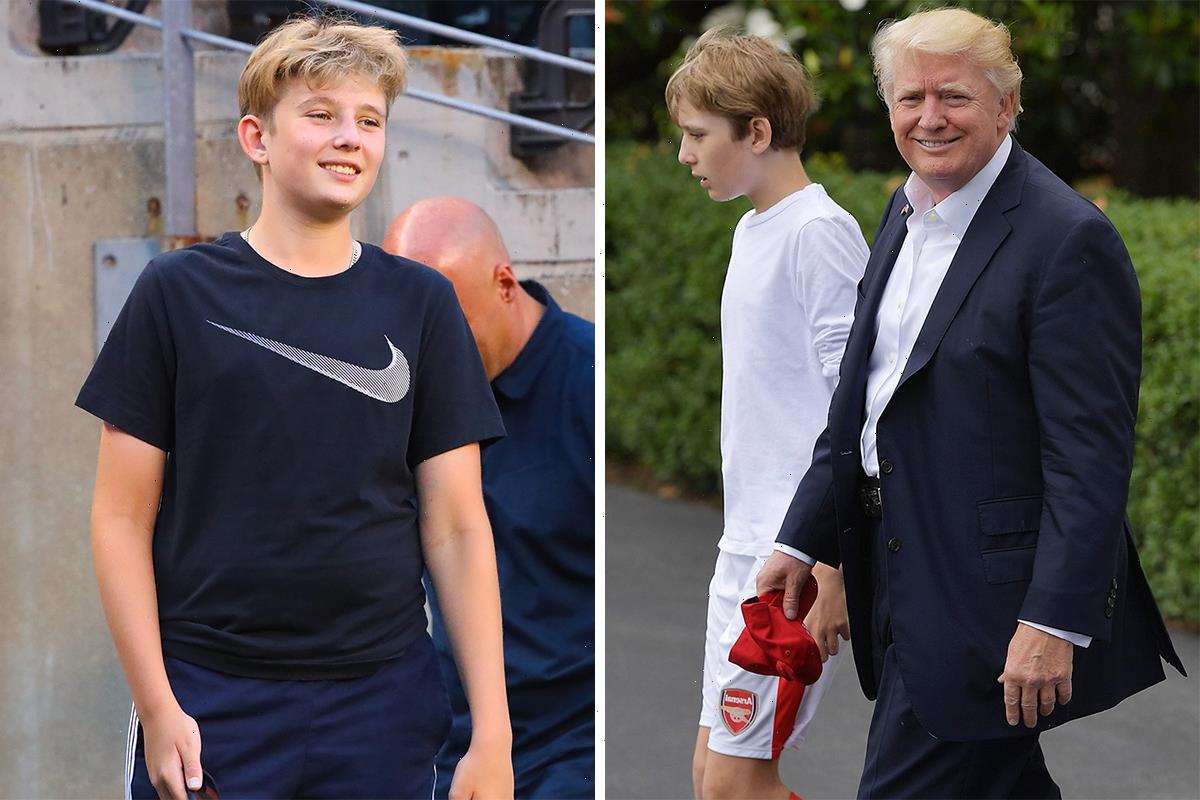 ARSENAL fan Barron Trump may have chosen his new school to increase his chances of becoming a soccer star. 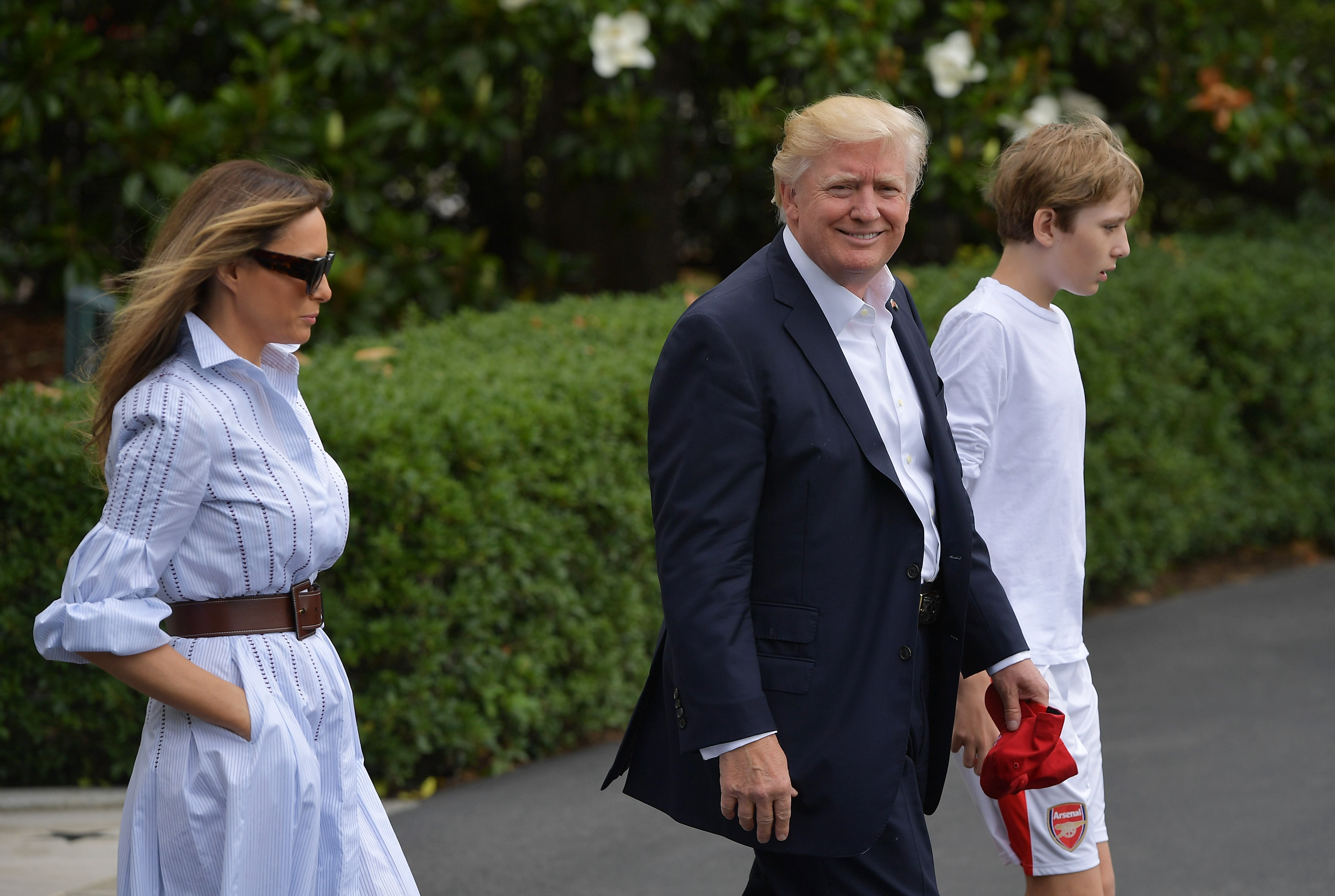 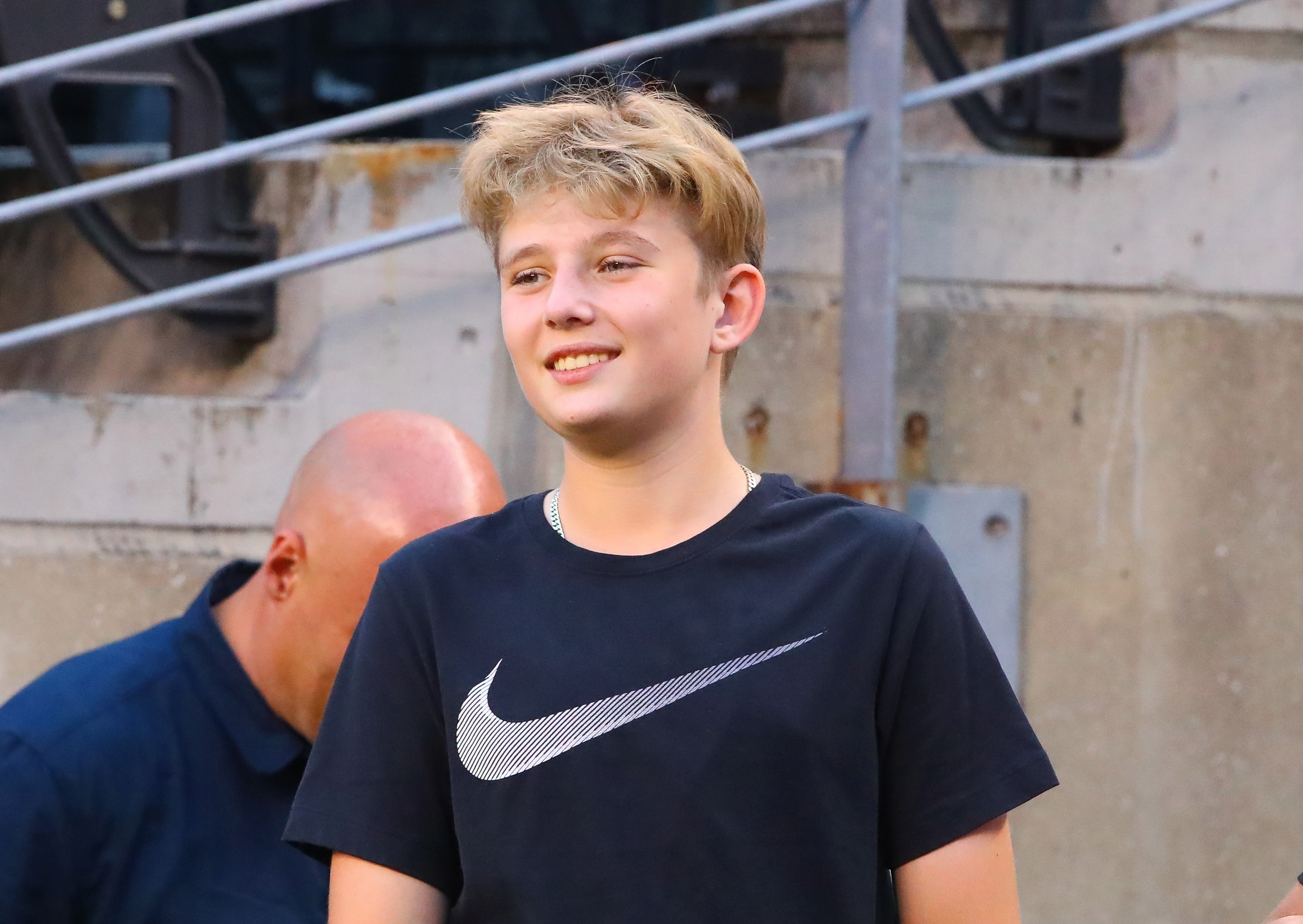 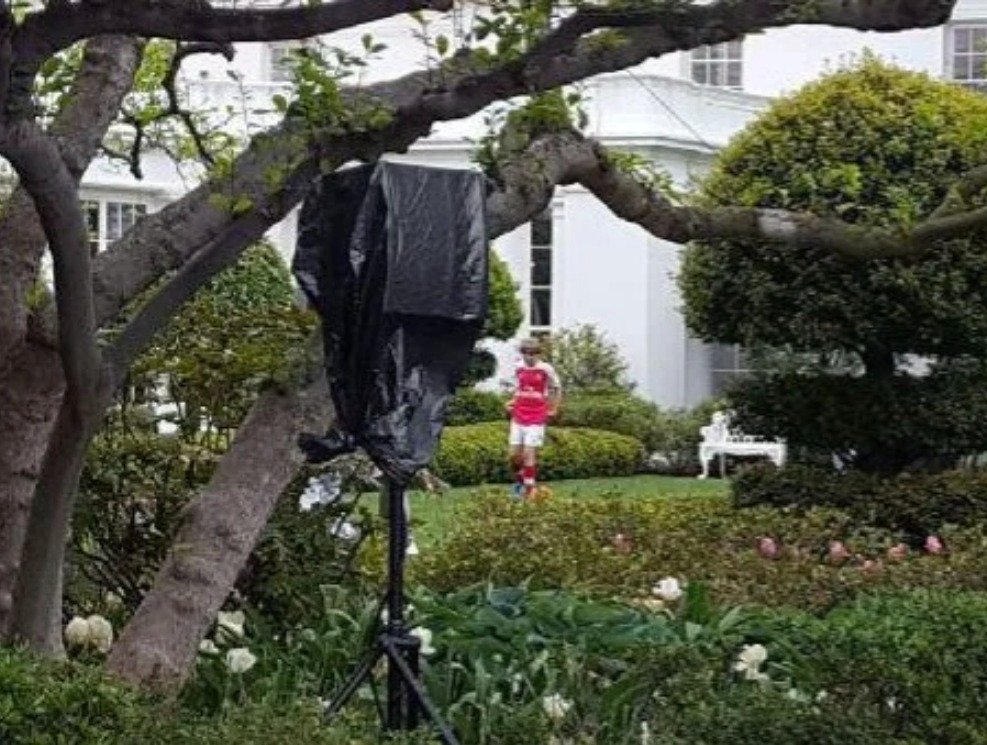 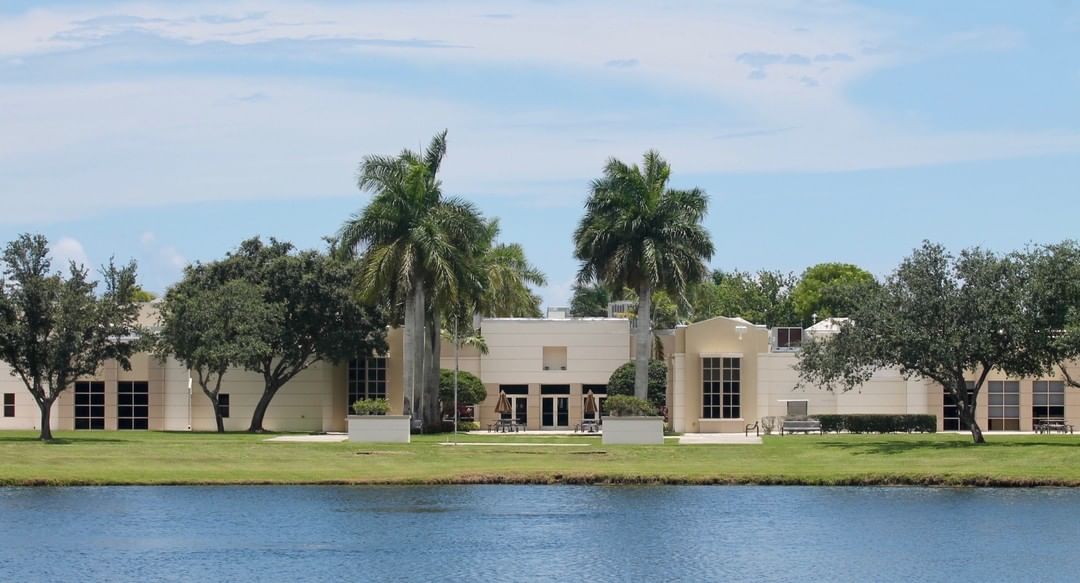 It could appear that Barron — who was said to be "all into sports" by his mom Melania Trump back in 2018 — chose the academy because of its soccer program.

Back in 2017, Barron was spotted wearing an Arsenal Football Club shirt on the White House front lawn.

He was also photographed alongside his parents boarding Marine One while wearing soccer cleats and high red socks.

Forward Patrick Mullins presented Barron with a signed ball and said:"He was very knowledgeable about soccer, knew about D.C. United and was interested to know more.

"Little kid to have a passion for the game and to be knowledgeable and have a conversation with us, it makes me feel good about kids growing up playing the game."

The former president's son has also played with Arlington Soccer Association’s under-14 and DC United under-12 teams, SCMP reports.

According to Oxbridge Academy's website, the school "offers a variety of sports teams" and a total of 22 varsity level teams.

"Our 54-acre campus features the 1,500-seat William H. Pitt Stadium complete with the same synthetic turf used in Ralph Wilson Stadium, home of the Buffalo Bills," the school explains of its athletic facilities.

"The stadium is used for soccer, lacrosse and flag football and features a full display video board as well as a scoreboard."

The school, which Barron is set to graduate with the class of 2024, offers athletics such as basketball, swimming, track, and golf, according to The List.

It also has clubs and activities students can participate in like the National Honor Society and the Rock Paper Scissors League.

"We look forward to welcoming him into our school and community," the school's Director of Advancement Scott Siegfried said last week of Barron, according to People.

The school told parents through an email of Barron’s attendance at the school and cautioned that the secret service will now have a presence on the 54-acre campus.

"They want to have little impact on our day-to-day operations,” the school said of the secret service. "They've done this for other former presidents' kids. They're fantastic."

Despite all that the school has to offer in sports, back in 2016, the Florida High School Athletic Association sent a letter to the private academy urging for reports about the school's athletic program to be investigated.

The letter said the program “may have violated FHSAA bylaws and policies," the Palm Beach Post reported.

FHSAA spokesman Kyle Niblett said the school was not consistent in how it made its decisions to distribute financial aid, the Palm Beach Post reported.

According to David Rosow, Oxbridge Academy Foundation President and CEO, the school conducted its own investigation which "uncovered numerous improprieties, or 'impermissible' activities," involving "inconsistent application of administrative procedures with regard to student financial aid."

The school agreed to forfeit its past two years of sports victories, and the FHSAA did not impose further sanctions.

And in 2018, the school's ThunderWolves football program was shut down.

Oxbridge athletic director Patrick Hollern revealed the news in a press release and said the change was "not an easy decision for us," according to the Palm Beach Post.

He explained: "For the past six years, we have been fully committed to a football program, built on the values of character development, athletic and academic excellence, and service to the community.

"Like many football programs around the country, we are experiencing a decline in participation rates.

“At this time, we no longer have an adequate number of football players to sustain a safe football program.

"We remain committed to our athletic department and teams, building upon what has become one of the most consistently successful athletic programs in South Florida. "

Oxbridge Academy, the swanky private school in West Palm Beach, Florida, was founded by William I. Koch, a member of the Koch family, and costs $34,800 to attend for the 2021-2022 school year.

Despite the price tag, the school is not immune to controversy: it was rocked by sexual harassment claims just a few years ago.

She alleged sexual harassment from the CEO at the time, Robert Parsons. Parsons did not respond to prior requests from the Palm Beach Post for comment regarding the complaint to the school.

However, it was dismissed as “not supported” in October of that year by a law firm Koch assigned to another investigation in 2016 into “firings, high turnover,” and “accusations of sexual harassment,” the outlet noted.

In 2017, Boshko filed a suit alleging she was terminated because of her claims of sexual harassment against Parsons, the Palm Beach Post reported. The status of that lawsuit is not clear.

Ultimately, the New York Times reported, that Koch fired the head of school and didn’t renew the contracts of the athletic director and the football coach after the second investigation revealed “accusations of kickbacks, grade-changing, excessive spending and violations of the rules governing high school sports.”

The outlet noted that Koch claimed in an interview that a “power elites group” in the school ran “the asylum.”

“We are finding alarming things of how money was misspent,” Koch said at the time. "If people think they’ve got a honey pot, there’s going to be a lot of bears around it, trying to get it." 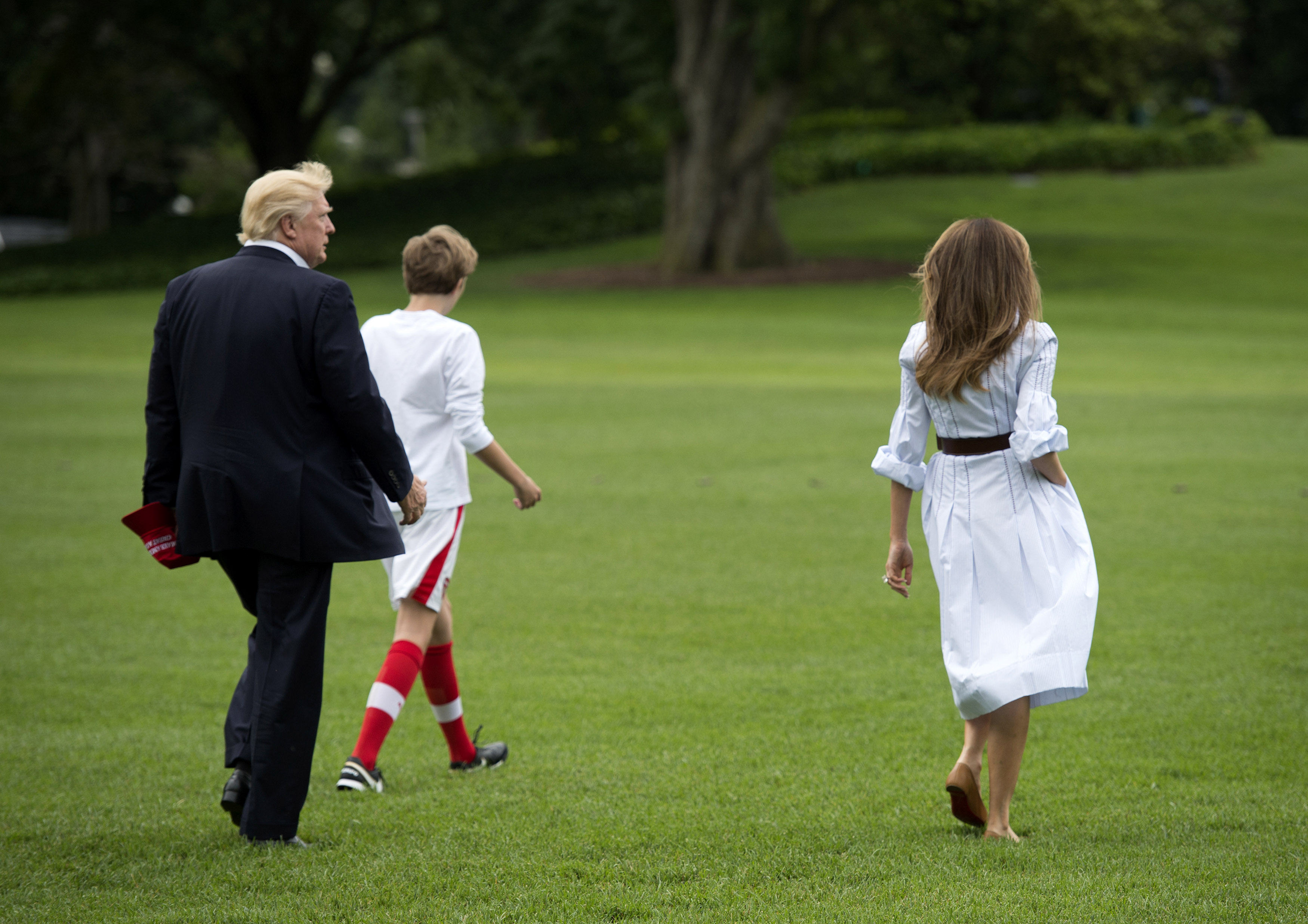