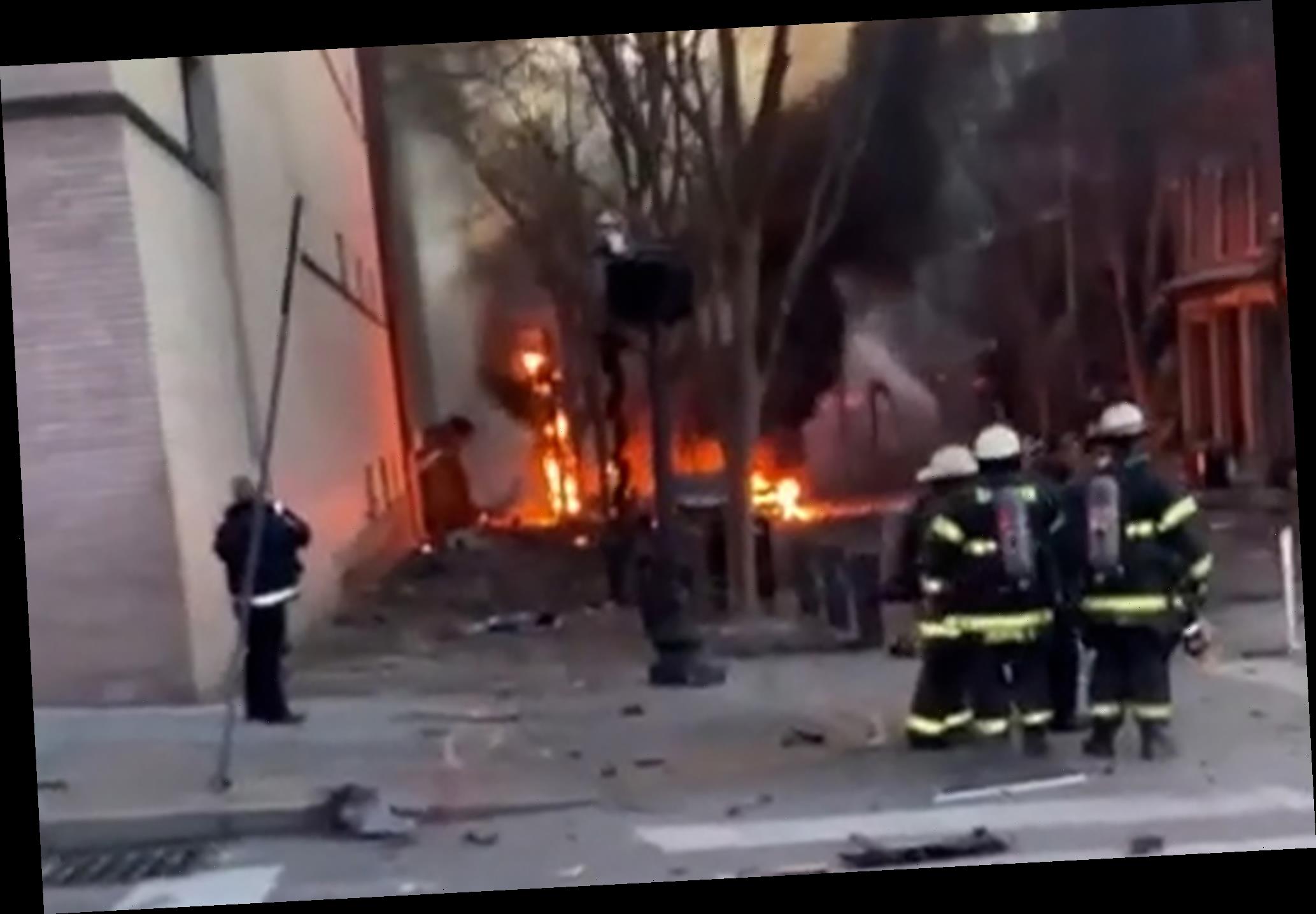 Tennessee nurse shot and killed while driving to work: cops

Distressing video shows the aftermath of Friday’s massive, Christmas morning explosion in Nashville — with victims wailing and screaming for help as fires rage in a rubble-strewn street downtown.

Country musician Buck McCoy posted a clip on Facebook of blown-out storefronts on a block lined with street lamps wrapped in holiday garlands.

Small groups of people can be seen huddling together as sirens wail and black smoke billows from several blazes.

In another clip posted on YouTube, bricks litter an intersection down the street from the blast scene, which is just blocks from Nashville’s historic Ryman Auditorium, former home of the Grand Ole Opry.

Large flames are visible down the block as firefighters watch helplessly from the corner.

“I’m on the corner of Church and Third Avenue,” Michael Gregory says while shooting the cellphone video.

“Nobody knows what’s up … a building’s down, though.”

Authorities have said the blast that rocked Music City around 6:30 a.m. was an “intentional act” involving an RV that was parked on Second Avenue North near Commerce Street.

Three people were hospitalized, but none of their injuries are believed to be life-threatening.

The area has been sealed off and the FBI, Bureau of Alcohol, Tobacco, Firearms and Explosives, and local cops are conducting an investigation that’s expected to last several days.