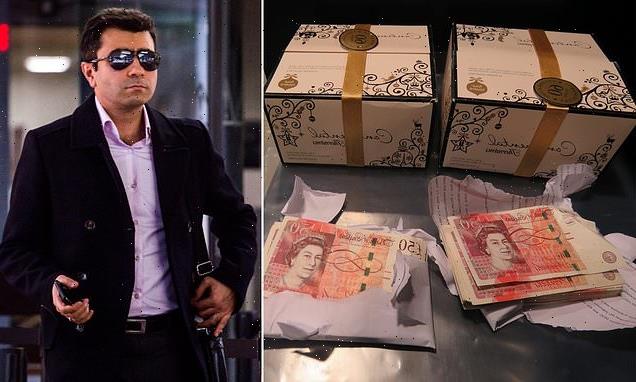 Cambridge don, 40, who pocketed £2.3m of taxpayers’ money in green-energy fraud and was caught with £100,000 in a chocolate box at Heathrow airport is ordered to pay back £1.3million 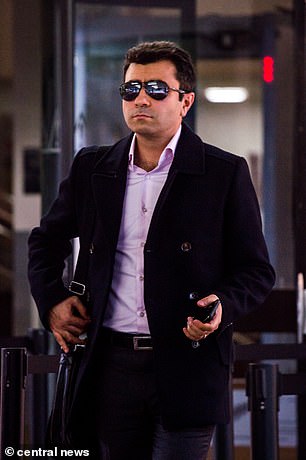 Ehsan Abdi-Jalebi, 40, was caught with £100,000 in cash in a Thornton’s Continental chocolate box

A Cambridge don who pocketed more than £2million in a green-energy swindle was today ordered to pay back £1.3million – or serve another eight and a half years in jail.

Ehsan Abdi-Jalebi, 40, was caught with £100,000 in cash in a Thornton’s Continental chocolate box as he boarded a flight to Tehran from Heathrow airport.

Abdi-Jalebi, who won international acclaim for his work on wind turbines and set up his technology firm in 2006, had been developing a property in Iran worth £900,000.

He dishonestly received project funding to the value of £2.5m in grant money from Innovate UK and The Department for Energy and Climate Change (DECC), as they would not have paid out the grant money had they known that invoices were being forged.

Wind Technologies Ltd was entitled to grants for part of the costs incurred but not for the total amount.

Abdi-Jalebi altered the invoices, increasing Wind Technologies costs to make up for the costs that were not covered by the partial grants. The company would therefore receive de facto 100 per cent grants instead of partial grants.

Abdi-Jalebi had admitted altering the invoices but claimed the money had been spent on a secret cutting-edge 1.5 Megawatt wind turbine in Iran. But after he failed to produce any evidence of the mysterious project which he claimed had since been destroyed, he was jailed for four years at Southwark Crown Court in 2018.

Judge Martin Beddoe dismissed Adbi-Jalebi’s claims that the money was used to build the machine in Iran as ‘simply fiction’ following a confiscation hearing today. 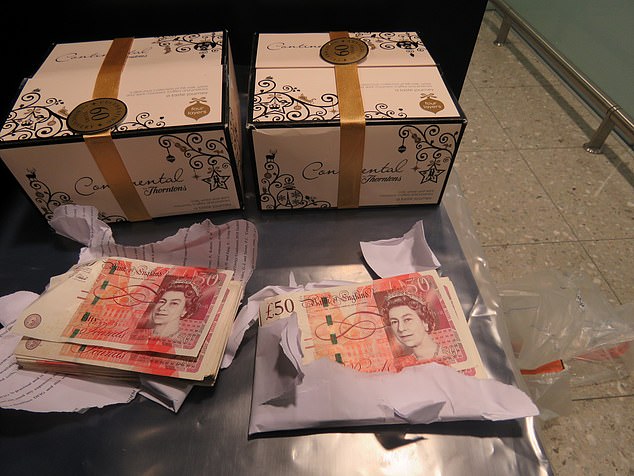 Abdi-Jalebi was caught with £100,000 in cash in a Thornton’s Continental chocolate box trying to fly to Tehran

‘The defendant denies he has any other resources and denies the prosecution’s assertion that if the monies sent to Dubai or taken to Iran were not spent by the defendant in the way he has claimed then he must have other assets, whether cash or other property, which he has deliberately chosen not to disclose.

‘That he has hidden assets I have no doubt. Whether it is still represented in cash, in particular that taken as such directly to Iran, or is now represented in property, whether real or personal, I have no way of knowing because the defendant has again told me a lot of lies,’ said judge Beddoe.

Judge Beddoe found that Abdi-Jalebi had profited by more than £2m and ordered him to pay back £1.334.929 or serve another eight and a half years in jail.

Abdi-Jalebi buried his head in his hands as the judge read out the amounts.

‘The Department of Energy and Climate Change and Innovate UK were submitted forged invoices which resulted in £2.5 million being handed over,’ he said.

Following his arrest, Abdi-Jalebi lost his fellowship at Churchill College in Cambridge as the National Crime Agency spent 18 months examining his financial history.

His company, Wind Technologies, received more than £1.3million in renewable energy grants from the Government and the European Union.

Abdi-Jalebi, of Trumpington, Cambridge, admitted 13 counts of forgery and was jailed for four years in December 2018.

He was ordered to pay £1,334,929.78 to the Department for Business, Energy and Industrial Strategy within three months or have another eight and a half years added to his sentence.