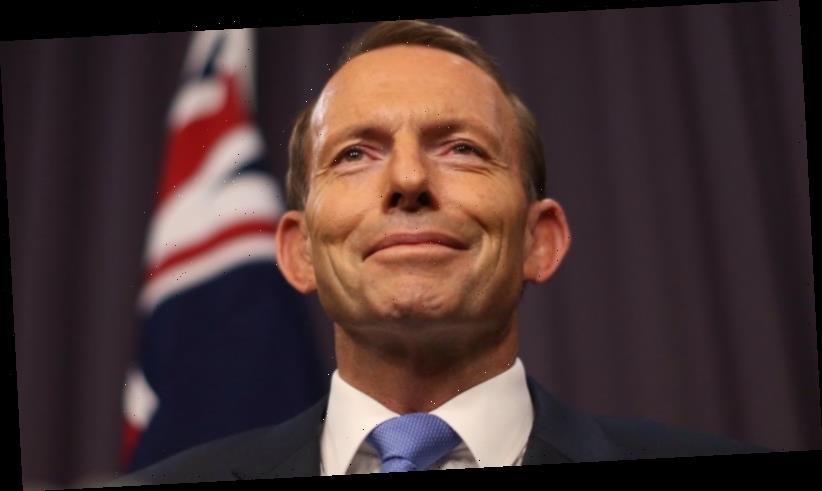 London: Tony Abbott has warned Britain against discussing climate change targets during free trade negotiations, and suggested a deal with Australia could be inked by Christmas if both sides agree to phase out tariffs rather than immediately eliminate them.

In a spirited defence of free trade before a panel of MPs, Abbott also defended his recent appointment as an adviser to the United Kingdom by insisting the unpaid position did not conflict with his loyalties as a former Australian prime minister. 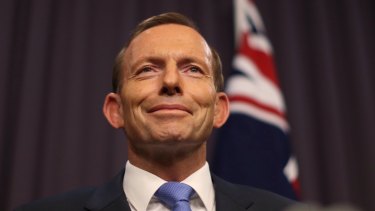 Abbott's selection as one of 12 members of the UK's new-look Board of Trade set off a major political dispute in Westminster in September after a string of MPs accused the former Liberal Party leader of sexism, homophobia and climate denialism – all of which Abbott and his supporters have denied.

The UK is negotiating a raft of free trade deals with Australia, Japan, Canada and the United States – as well as potential accession to the Trans-Pacific Partnership – following its departure from the European Union.

Abbott is advising the government on its approach to the deals but said he was not directly involved in the negotiations.

Asked about incorporating rules on climate change and labour rights in trade deals, Abbott said the environment was important and mankind could not ravage the planet, but "relatively theological points" should not be incorporated in economic deals.

"I might have a different approach to zero emissions by 2050 to some others but obviously we want to get emissions down as far and as fast as all of us can," he said.

"But I just think if you try to do everything in a trade deal you'll end up doing nothing. There are other forums to pursue climate initiatives.

"If Britain tries to insist that everything that's done in Britain has to be exactly replicated everywhere else, it wont do trade deals. Are we trying to do trade deals or are we trying to reach out from one country and try to dictate to another country exactly how it should do things?"

Climate change is not a sticking point in negotiations between Australia and the UK but there is a growing push for wealthy countries to include binding targets in future deals. The UK has committed to achieving net zero emissions by 2050 and is nudging other countries to do the same.

Abbott said he expected British Prime Minister Boris Johnson and Australian Prime Minister Scott Morrison would have detailed discussions about climate targets ahead of the landmark Glasgow summit next year.

Asked by Labour MP Lloyd Russell-Moyle whether he was yesterday's man, the British-born Abbott laughed and said: "Well I'm a lot younger than the guy [Joe Biden] who has just become the president across the water, so to speak."

The MP replied: "Minds can be in many decades apart from the body."

A free trade deal between Australia and Britain is taking longer than originally anticipated because the UK entered the negotiations seeking to retain some protections, particularly for agricultural products like beef and sheep meat.

He said a potential way forward could be a deal where tariffs are progressively eliminated to give farmers time to absorb the impacts.

"I'm happy enough to see the tariff go down slowly – as long as it's going down surely," he said.

"In the long-run, British sheep farmers will adjust and in all of these deals what you lose on the swings you gain on the roundabouts because free trade in the end is good for everyone.

"But over time, everyone will admit – including British farmers – that the fewer barriers the better, provided everyone is playing on a level field."

When questioned whether there could be a conflict between his role as a former Australian leader who is advising another country, Abbott said: "When it comes to the essentials, it's very hard to see any conflict."