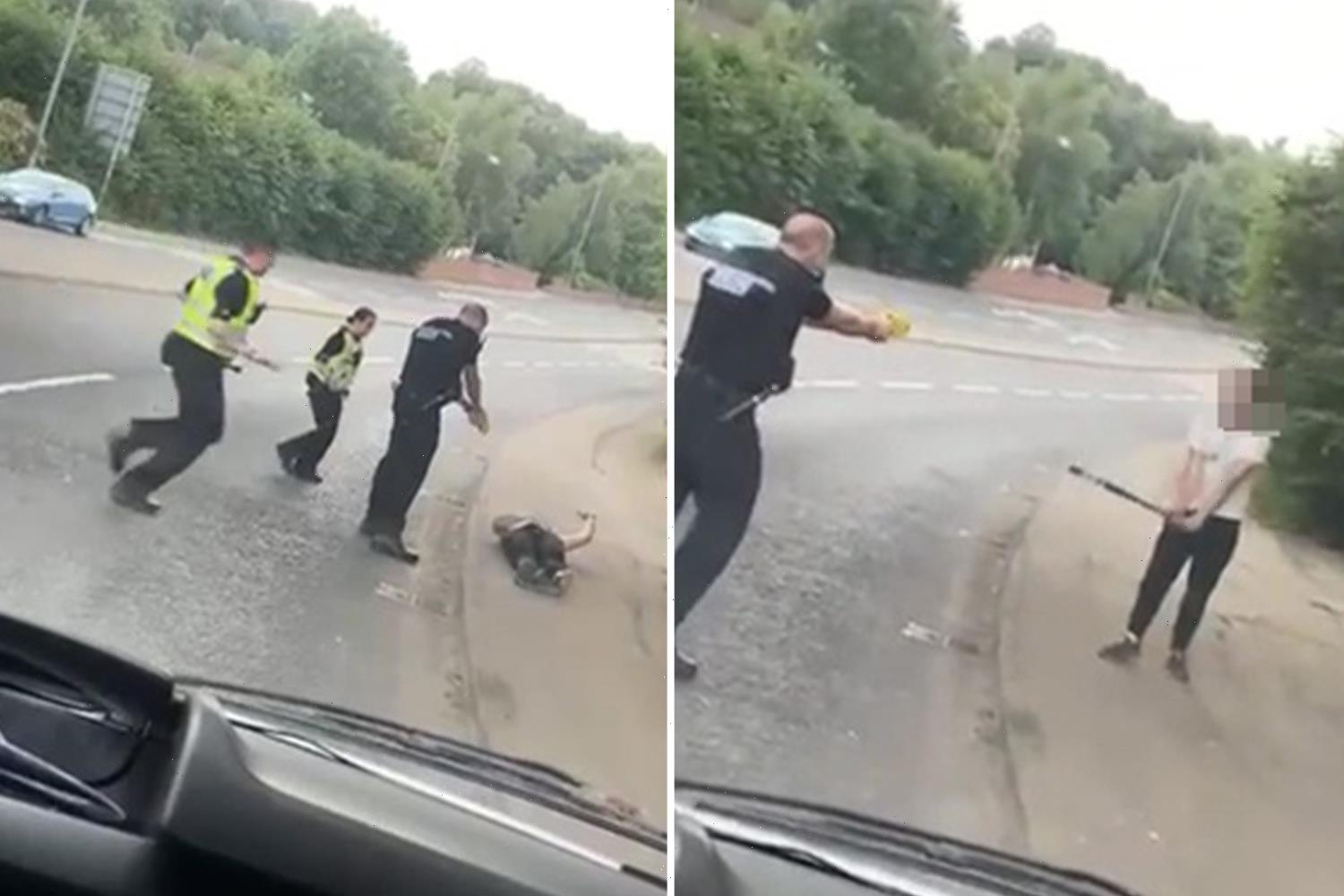 THIS is the dramatic moment a man wielding a baseball bat was tasered by police in the middle of a road.

Shocking footage shows the man on a terrifying rampage through Paisley, Scotland where he injured two cops. 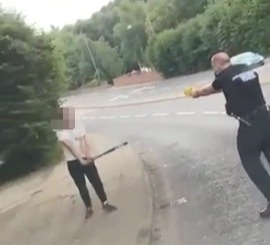 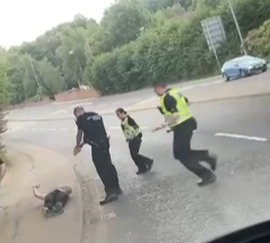 The video, taken by a couple driving in a van when they stumbled upon the scene, shows the man running around a busy roundabout while being chased by two officers.

One policeman is seen slumped down at the edge of the roundabout after allegedly being injured by the man.

He then picked up a baseball bat and appeared to threaten the remaining officer.

The man, who seemed to have blood running down his face, then began to walk away from the scene.

However, the brave police officer followed the man holding a yellow taser gun and managed to stun the man.

Several more officers were then seen running towards the man who dropped the bat as he fell.

A Police Scotland spokesperson said: "Around 3.30pm police were called to a report of a man in possession of a baseball bat, causing a disturbance in Murray Street, Paisley.

“Officers attended and the man made off with officers in pursuit. At Gallow Green Road, near the roundabout, the man confronted officers and assaulted them.

“Both officers were injured with one officer receiving a serious head injury.

“The 27-year-old man was arrested and taken to the QEUH for assessment.

“He sustained an injury to his head during the incident.

“No members of the public were injured. Enquiries are ongoing.

"A Taser was deployed during the response to this incident and, as is standard procedure, the circumstances will be referred to the Police Investigations & Review Commissioner (PIRC)." 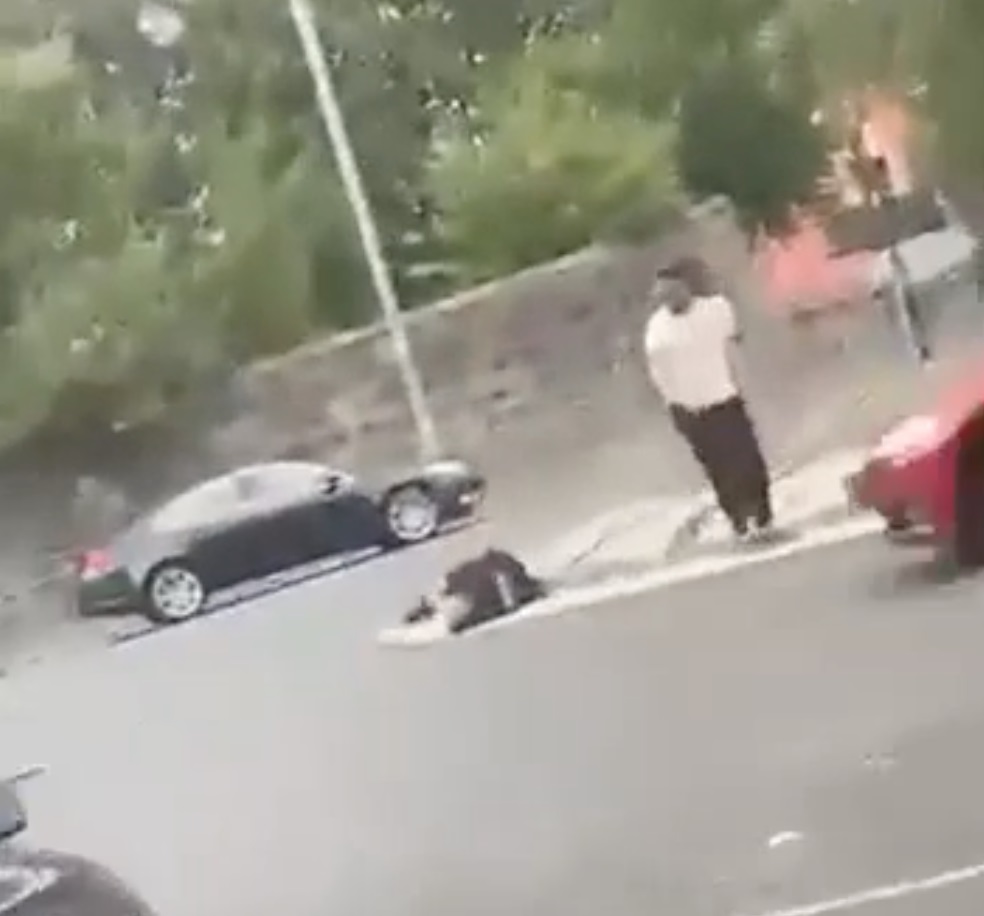 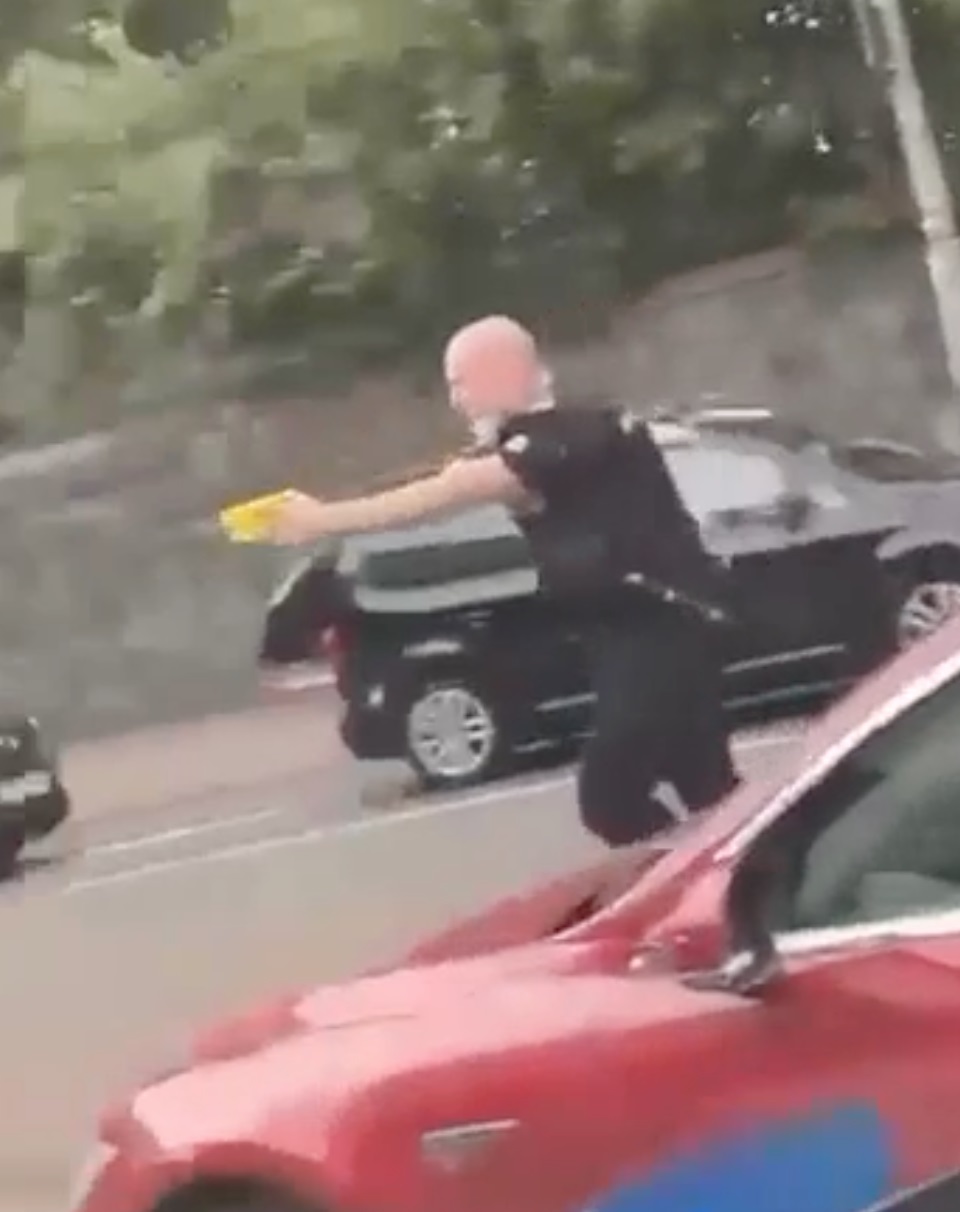