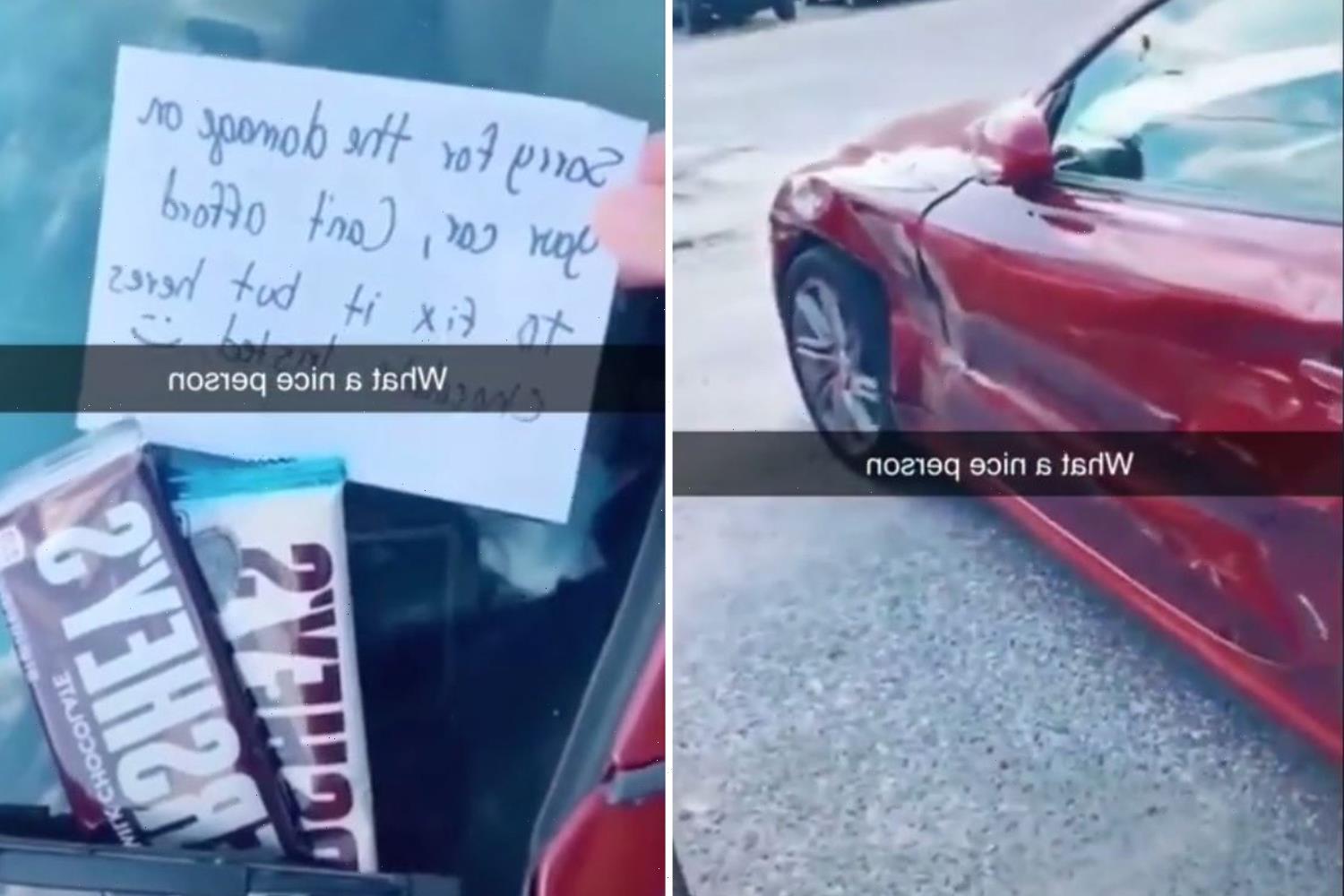 A DRIVER crashed into a parked car and left a note along with CHOCOLATE bars because they "couldn't afford to fix it."

In video posted on TikTok, the furious driver showed the huge bodywork damage running the entire length of the passenger door of the red vehicle. 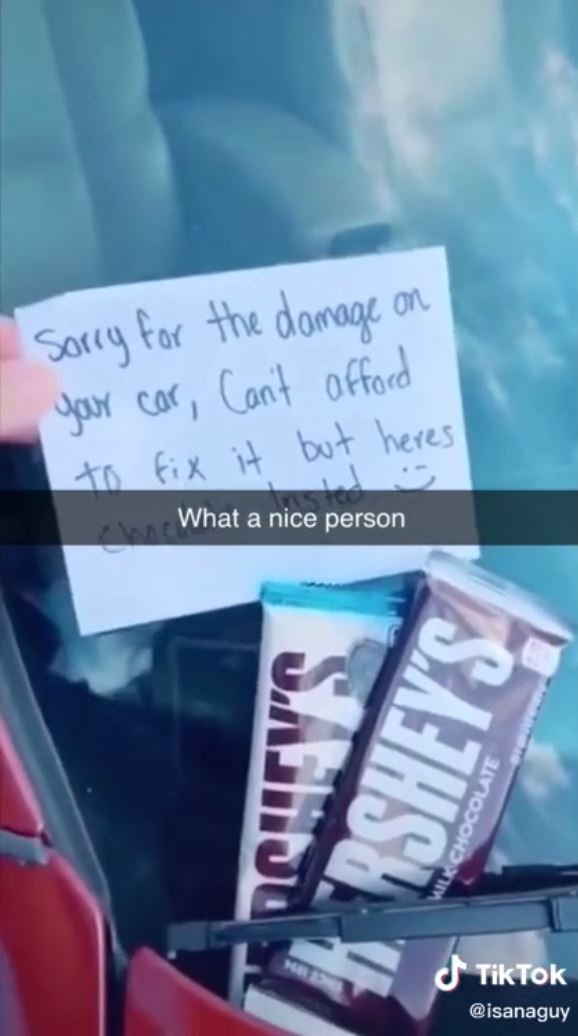 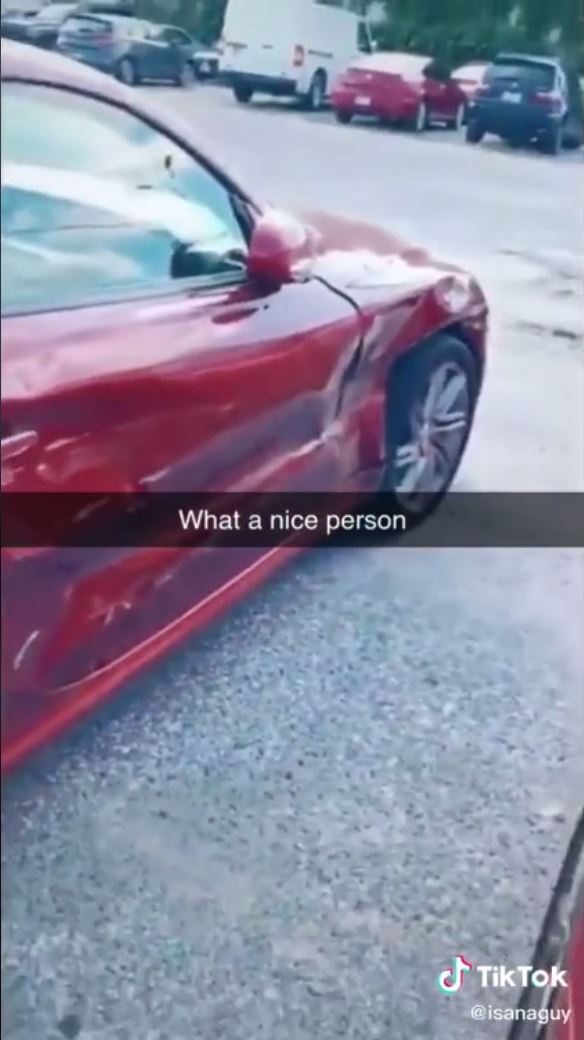 The woman from the US was left enraged after she nipped into a branch of Walmart and found her car completely wrecked.

And instead of leaving their details, the driver at fault left a note under the windscreen wiper of the damaged car.

The note read: "Sorry for the damage on your car, I can't afford to fix it but here's chocolate instead 🙂 "along with two Hershey's chocolate bars.

With nearly 5 million views on the app, many people were outraged with the way the woman had been treated by the driver.

One person wrote: "I THOUGHT IT WAS GONNA BE A DENT OR A SCRATCH."

Another said: "Leaving a note without information is more offensive than just running."

A third replied: "Thousands of dollars of damage and they left two chocolate bars."

Another person wrote: "Bro the chocolate probably melted by the time you got out there. That just adds insult to injury."

Someone else added: "That's like putting a bandaid on a bullet wound."