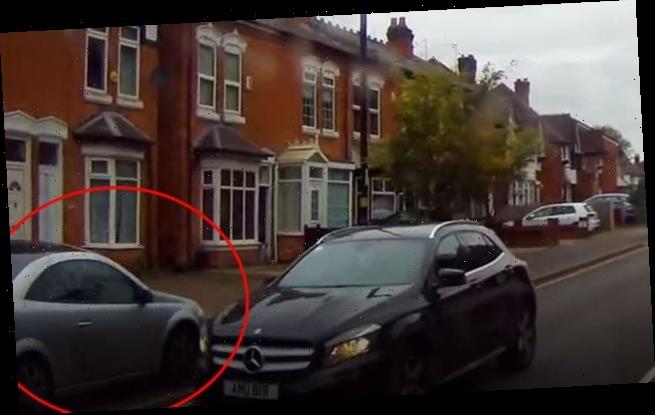 An impatient driver was caught on camera speeding along a pavement on the wrong side of the road in an attempt to beat traffic.

The car speeds along the walkway despite the flow of oncoming vehicles being just inches away.

In the clip, recorded by minibus driver Thomas Davies on October 8, slow-moving traffic can be seen heading along a residential street ahead of school finishing time.

But just seconds later the reckless Renault driver appears into view as they mount the kerb on the wrong side of the road.

The motorist, who appears to be in a rush, turns on their indicator on the right-hand side and cuts across the driveways of several houses.

Oncoming vehicles continue to drive towards the car – narrowly avoiding a head-on collision. 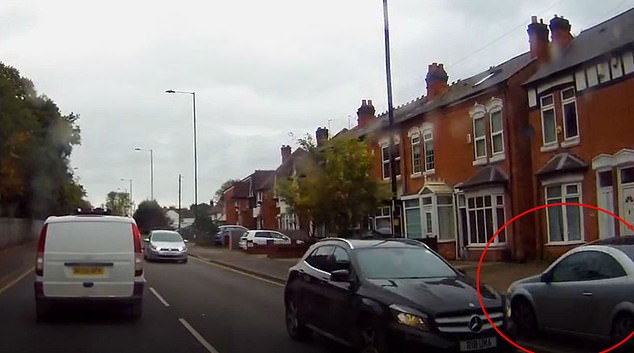 The driver eventually dismounts the pavement as they veer in front of traffic once again to cut back into the correct lane.

Shocked driver Thomas can be heard saying ‘Yo! Oh my god. Are you kidding me?’ as he witnesses the dangerous manoeuvre.

Speaking earlier today, Thomas said: ‘I was in slow moving traffic when I looked in my mirror to see a car swerve onto the footpath.

‘I thought it might have been a resident driving a little along the footpath to get to their drive but I was wrong. 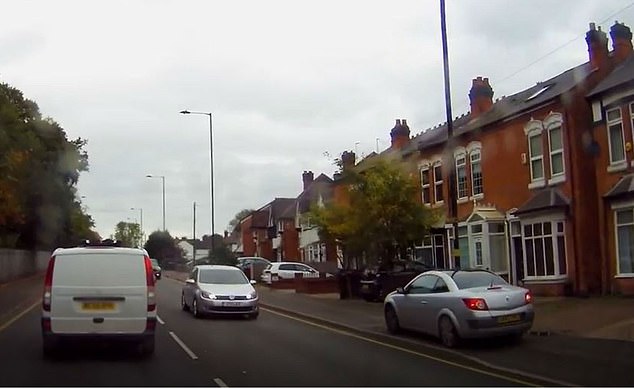 The driver, who appears to be in a rush, speeds along the walkway despite the flow of oncoming vehicles being just inches away 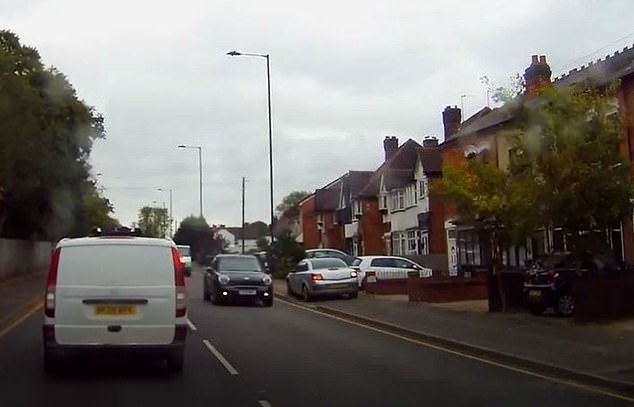 ‘Much to my disbelief, I continued moving slowly in traffic until it came into the camera’s view.

‘The driver continued along the pavement at speed then drove back onto the wrong side of the road, to then cut in front of an unsuspecting motorist closer to the traffic lights.

He added: ‘I have seen some awful driving but this truly shocked me.’

Thomas has since shared his clip on Facebook which prompted dozens of comments from viewers slamming the driver.

One said: ‘Total b***end. What if a kid stepped off one of the driveways?’

A third commented: ‘Wow didn’t see that coming, so lucky no one stepped out of a driveway.’

And another shocker viewer added: ‘Usually when I start watching these videos I can normally guess what’s about to happen, not this time.’

One man even urged Thomas to send the clip onto the police, writing: ‘That’s definitely one for the police, 100 per cent dangerous driving.