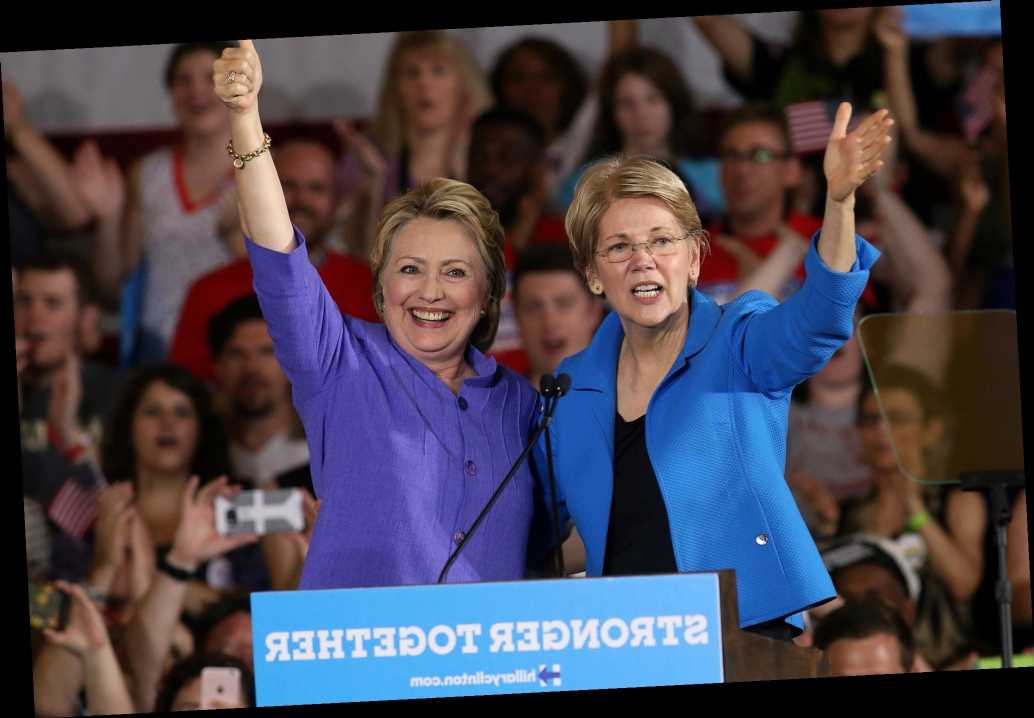 There’s a moment in the new Hillary Clinton hagio-documentary on Hulu when the former presidential candidate complains that it took her an hour every day to have her hair and makeup done during the 2016 campaign.

“I calculated it, and I spent 25 days doing hair and makeup, and I knew that the men I was running against don’t have to do any of that. Get up, take a shower, shake their head, they were ready to go.”

But no one forced her to endure high-maintenance grooming. She could have jumped out of the shower and been good to go, too. She just chose not to.

This is the problem with too many liberal women. They campaign as trailblazers, but at the first sign of trouble, they cry victim.

So when Sen. Elizabeth Warren dropped out of the presidential race, having failed to inspire Democrat voters, Clinton blamed “unconscious bias and . . . gendered language.”

House Speaker Nancy Pelosi also tried to explain away Warren’s failure: “I do think there’s a certain element of misogyny that is there.”

Rather than lament that by throwing in the towel, she was breaking a promise she made to girls, Warren should have said she had no regrets. Instead, she emulated Hillary by claiming victimhood.

Blaming sexism is pathetic, not to mention illogical, as pollster Frank Luntz pointed out on “Fox News Sunday”: “About 55 to 57 percent of the Democratic primary and caucus electorate are women, so if women aren’t voting for her, by definition, how can it be sexist?”

On Super Tuesday, in her home state of Massachusetts, Warren lost women to Joe Biden by 10 percentage points. Even Sen. Bernie Sanders beat her among Bay State women, 26 percent to 24 percent.

Clinton similarly failed to win over her sisters. In 2016, Donald Trump won 53 percent of white women, causing Clinton to attack them as the victims of domineering husbands.

Both Clinton and Warren share a stunning lack of humility. It doesn’t occur to them, in their self-congratulatory, liberal feminist self-image, that voters, male or female, just don’t want what they are selling.

Warren’s fatal mistake was to embrace identity politics, claiming victim status by being a member of various oppressed groups — when in reality, she was a privileged white professor. In the end, the woke parasite devours its own.

She started with baggage from her claim of being partly Native American. She allowed President Trump to bully her into taking a DNA test, which proved she had very little Native-American ancestry, and spent the rest of the campaign trying to apologize.

Then she tried to earn victim points by claiming she once had been fired for being pregnant.

Finally, she revealed herself as cravenly unserious when she declared she would recruit a “young trans person” to vet her potential Cabinet appointees.

It was a stunt so out of touch with the real lives of American families, it might well have been a comedian’s parody.

She accused fellow socialist Sanders of sexism in one debate; and when Michael Bloomberg entered the race, she did the same to him.

She won plaudits from “Go Girl” media types, but out in the real world, where decent men suddenly are being held to new, amorphous standards, she just looked unreasonable. She morphed into the schoolteacher who empowers little girls in the classroom at the expense of little boys. It’s not just men she antagonized, but the mothers of sons.

On “Saturday Night Live,” Warren boasted about besting Bloomberg on the debate stage. “Not only did I not accept money from billionaires, I got to give one a swirly on live TV!” Invoking an image of dunking Bloomberg’s head in a toilet bowl as it is flushed is beyond mean. What did Bloomberg do to deserve such hatred, apart from lavishing money on candidates on her side of the spectrum?

Warren’s supporters complained last week that Sanders should have stepped down after his heart attack to give her a chance. “Poor me, do me a favor” is not a winner’s motto. But it is a classic MO of liberal women. They stomp all over the so-called patriarchy, and then the minute the going gets tough, they demand chivalry. Life doesn’t work like that.

Warren took the wrong lesson from Clinton’s 2016 defeat. There is no honor in playing the victim.

The most revelatory part of the Clinton film comes toward the end, when Hillary reveals that she was cheered on election night by the despair of Democrat voters: “People crying on the sidewalks, holding their children up. [It was] like a death.”

“What I loved was the reaction to the loss and the Resistance that grew up because of it.”

“It began to sprout almost immediately. There was a very big silver lining which made me feel somewhat better.”

This is not the reaction of a person who should be president. It’s sociopathic.

The destructive political polarization in America since the 2016 election owes a great deal to Clinton’s gracelessness. She embarrassed women by being such a sore loser, and she poisons any Democratic candidate who emulates her.

Pregnancy is NOT a ‘tragedy’

It’s a sad indictment of our culture’s attitude to motherhood that a talented young musician would describe her pregnancy as “a sort of tragedy.”

Claire Boucher, aka Grimes, 31, who is pregnant by her boyfriend, Tesla founder Elon Musk, told Rolling Stone: “Even though it’s this great thing, for a girl, it’s sacrificing your body and your freedom. It’s a pretty crazy sacrifice, and only half of the population has to do it. . . . I have sacrificed my power in this moment. I have, like, capitulated. . . . I have never capitulated to anything.”

When her baby is born, let’s hope she realizes what an immense privilege it is to be a woman, uniquely gifted to nurture a life for nine months and become a mother.

There’s no future for a society that tells women pregnancy is an impediment to their empowerment and a burden on the planet.

The Twittersphere was delighted by news that an attendee with the coronavirus had attended CPAC, the conservative conference in Maryland, where Donald Trump and Mike Pence spoke a week ago. “Karma is a b*tch” was the refrain from people hoping the infection would engulf the White House and take out the “Orange Man.” Trump detractors claim to want to restore civility and decency to our discourse yet leap on any chance to wish harm on the president.