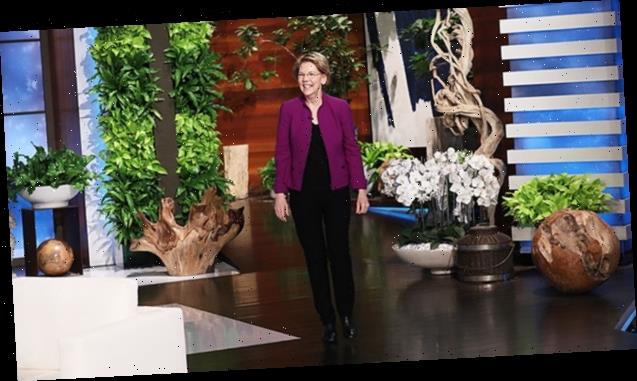 Amid working her butt off on the 2020 campaign trail trying to become our next president, Senator Elizabeth Warren visited ‘Ellen’ and named her celeb crush for the host — without a moment of hesitation.

It’s Super Tuesday, so it’s time to discuss the important things about the 2020 Democratic candidates. Like, obviously, which celebrity Elizabeth Warren is currently crushing on. Duh. The Massachusetts senator, 70, sat down with Ellen DeGeneres on March 3 for a round of “Candidly Candidates” and spilled the tea about some personal facts. Yes, Senator Warren’s happily married to husband Bruce H. Mann, and has been for 40 years. But when she’s on the campaign trail, she’s thinking about one guy: Dwayne “The Rock” Johnson. Warren didn’t even hesitate a single second when Ellen asked her to name her celebrity crush.

So basically, she’s the most relatable candidate in the 2020 presidential race. Ellen has a way of getting politicians to open up like no other talk show host can. She recently grilled South Bend, Indiana Mayor Pete Buttigieg, who recently ended his presidential campaign, about Rush Limbaugh‘s homophobic comments about his marriage. Pete, 39, who is married to teacher Chasten Buttigieg, started off serious while speaking about Limbaugh and President Donald Trump being bullies. “The strongest people I know are not the loudest people; they’re the ones who have the deepest sense of who they are and what they value and what they care about,” Buttigieg said.

He nailed the landing with a joke: “and one of those people, by the way, one of the strongest people I know is my husband, Brad Pitt,” he said, gaining an eye roll from his actual husband. So we don’t know who Senator Bernie Sanders is vibing with right now, but it’s really only a matter of time before Ellen pressures him into spilling the beans.

Warren also got candid about which candidate she’d want to be stuck with on a deserted island: Andrew Yang, because “he’s interesting.” The most fun she’s had while campaigning? Walking in Las Vegas pride and wearing that rainbow feather boa, of course.

Want to vote for Elizabeth Warren in the 2020 election? Make sure you’re registered to vote so you can cast your ballot at the polls. If you still need to register, you can do so below: