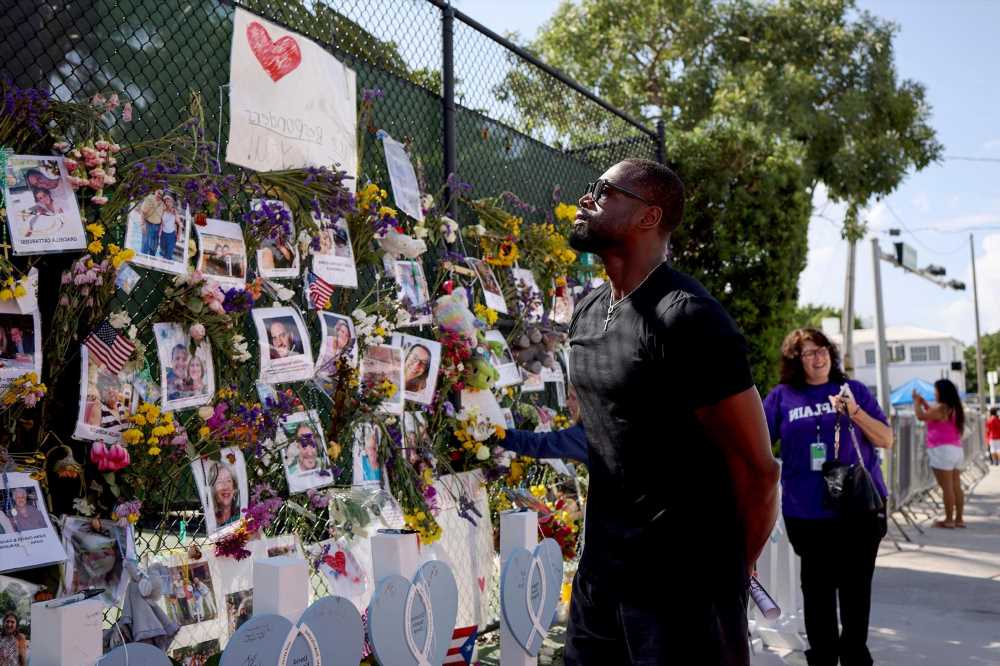 The 39-year-old hoopster, who spent the bulk of his 16-year All-Star career with the Heat, also spent time reviewing the “Wall of Hope” memorial that has sprouted at the site, according to WPLG-TV.

Wade was part of a group that reportedly left a note at the memorial for the first victim of the Champlain Towers South collapse — former Staten Island resident Stacie Fang, 54.

“Dwyane Wade addressed a team today in Surfside from South Florida Urban Search and Rescue before they began their shift,” Winderman said in the post.

Other images show Wade quietly eyeing photos of the missing along the fence at the memorial.

Wade is the latest Miami sports figure to visit the tragic site of the June 24 collapse, where 60 people have been confirmed dead and about 80 remain missing.

Wade, who rejoined the Heat before retiring in 2019, was drafted by the team in 2003 and was so beloved that fans renamed Miami-Dade County as Miami-“Wade” County for a week.