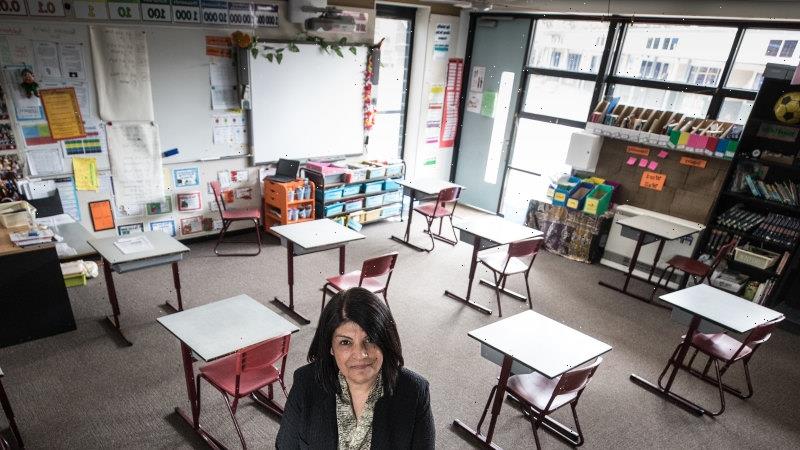 Victorian schools are yet to receive government guidelines on minimising COVID infections and related closures just weeks from the start of term one, as concerns grow over potential staff shortages and a lack of rapid antigen tests to identify positive cases.

But dozens of health experts including epidemiologist Catherine Bennett and mental health advocate Patrick McGorry say any delay to on-site learning would jeopardise children’s mental wellbeing and have signed a letter urging state and federal leaders to keep schools open throughout 2022. 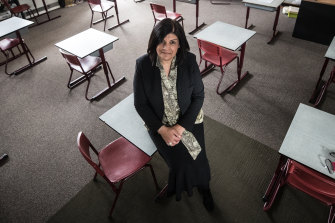 The Australian Principals Federation warned on Tuesday this year’s return to school was “not looking like the start we wanted it to be”.

“I think it’s hinged on high vaccination rates for five- to 11-year-olds and that’s based on people being able to access the vaccine and [being] willing to have their children vaccinated,” said federation president Tina King.

“We’ve got to look after people this term because the wounds and the scars of the last two years, and particularly last term, are still raw and open.”

Premier Daniel Andrews said on Tuesday the government would do everything possible to avoid remote learning.

“We want to be there as close to normal as possible [on] day one, term one,” he said. “There might be some testing involved, there might be all sorts of different things that we have to do to keep our students and our staff safe and keep … each class in attendance and keep the schools open.”

In a letter to state and federal governments before Thursday’s national cabinet meeting, the health experts said there was no medical case for face-to-face learning to be suspended amid the vaccination of five- to 11-year-old children.

“Australian data confirms COVID-19 is a mild disease in children, that the few hospitalisations are short-lived and that the overwhelming majority of children recover from this virus without adverse effect,” they said.

The letter called children the “lost voices” of the pandemic.

“A delay in returning to in-person learning puts children’s mental health at risk, with additional increases in the risk of child abuse, obesity and delayed social and emotional development. The lifelong impact of this is not known,” it said.

“At this stage of the pandemic we must acknowledge and follow the principle set by both the World Health Organisation and the United Nations Children’s Fund, that in a pandemic schools must be the last to close and the first to open.”

“We saw how difficult it was through last year with the number of staff that we had absent because they had to care for their kids at home or they needed to isolate and wait for tests,” he said.

“We will have to consider whether it’s possible for those teachers – if they’re well enough to do so – to deliver from home temporarily.”

Mr Pearce said he had been approached about buying rapid antigen tests for his school but would hold off until he received Education Department advice.

Chad Ambrose, assistant principal of Glen Waverley Secondary College in Melbourne’s east, said schools had become adept at adapting to COVID-19 rules and were focused on getting children back into a routine as quickly as possible.

“What the government has said to us is they’ve got a strong focus on kids’ wellbeing and getting them connected back to schools, and that’s what teachers are trained to do,” he said.

He said schools spent a large amount of time talking with families – particularly those for whom English is not their first language – about face-to-face learning and remote learning during the pandemic.

As Australia starts to vaccinate primary school-aged children, the Andrews government announced on Tuesday it would pay pharmacists and GPs to vaccinate children aged five to 11 on school grounds.

Thirty primary schools will offer the paediatric vaccine on site as part of the state government’s push for every child to have access to a jab before state schools reopen on January 31.

Victoria recorded almost 38,000 COVID-19 cases on Tuesday, as a government spokeswoman said the state would follow the Australian Technical Advisory Group on Immunisation’s advice on whether to shorten the gap between paediatric doses from eight weeks to as little as three.

Education Minister James Merlino said he hoped primary school-aged children would get vaccinated at similar rates to the broader Victorian population, which was on track to be about 95 per cent double jabbed.

All government and low-fee non-government schools are scheduled to have air purifiers by the start of term one. 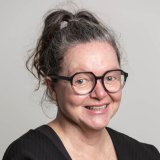 Professor Fiona Russell of the University of Melbourne.

A government spokesperson said on Tuesday the state had spent more than $190 million to prevent further learning disruption this year. Schools typically use teacher agencies, graduates and retirees during staff shortages, or cancel programs if necessary.

“In the event of staff shortages, the department can draw on a wide range of teaching staff including casual relief teachers.”

“Omicron is everywhere, so to say that schools have to be closed when we’ve got the tennis and the cricket and bars open, we have to really question, what are our priorities here?” she said.

“It is going to be bumpy. There will be COVID-19 infections [at schools], there’s no doubt about that. Schools will contribute to community transmission, but so does every place as well that has infections.”