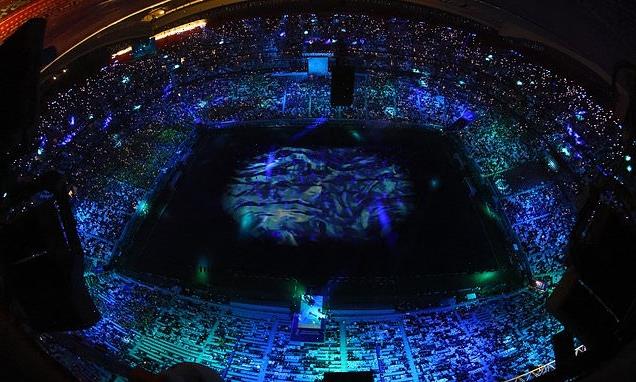 ‘Why are there no British channels showing it?’ Fans’ fury as BBC and ITV fail to show World Cup opening ceremony on TV with viewers forced to watch it online instead

Football fans eager to watch the opening ceremony of the World Cup in Qatar were left wondering why the BBC chose not to broadcast the first 20 minutes of the show.

The world’s largest footballing tournament opened with a glitzy ceremony at the Al Bayt stadium in Doha in which actor Morgan Freeman delivered a rousing monologue and Jung Kook of South Korean boy band BTS took to the stage for a live performance.

But viewers in Britain missed out on much of the spectacle because BBC were late to broadcast the show by 20 minutes. 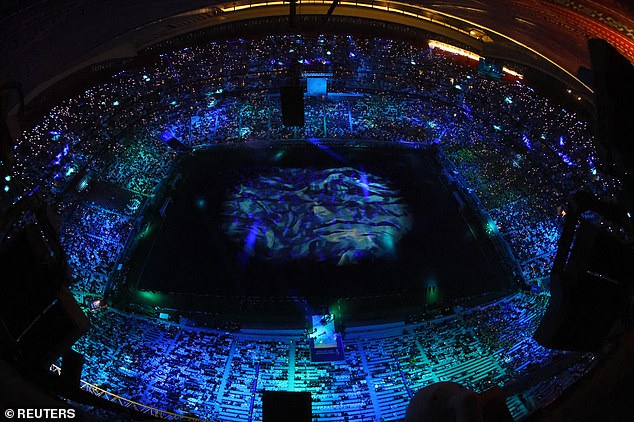 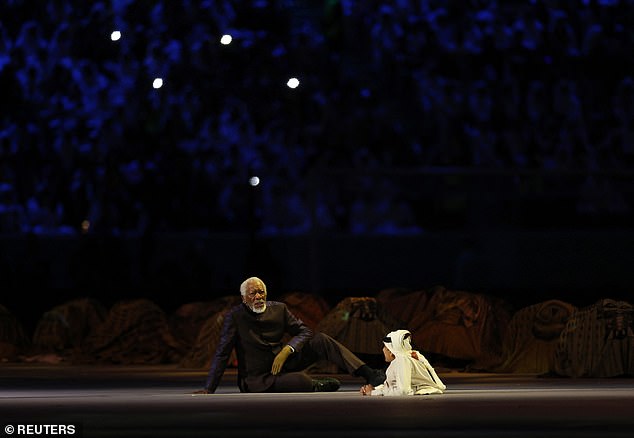 Morgan Freeman and Ghanim al Muftah during the opening ceremony. Supporters have now arrived at the Al Bayt stadium for this afternoon’s opening match under a glaring sun in temperatures in excess of 30 degrees celsius 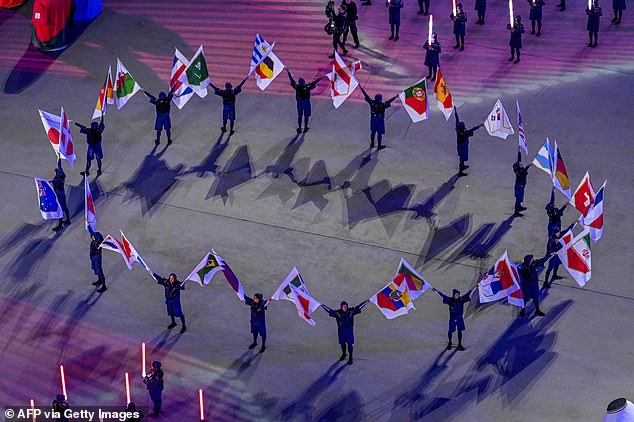 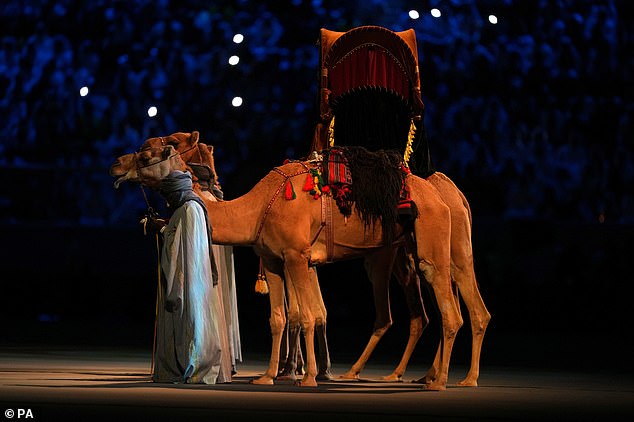 Three Camels, together with their handlers during the opening ceremony of the FIFA World Cup 2022 at the Al Bayt Stadium, Al Khor. Picture date: Sunday November 20, 2022