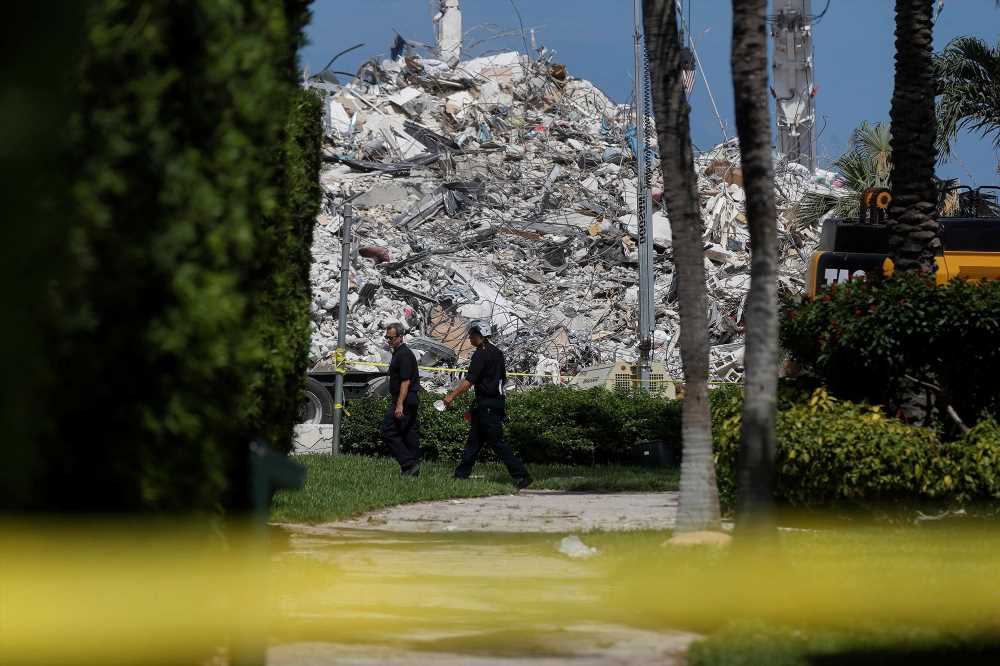 The death toll from the collapse of a Florida condo building is up to 64, as work continues around the clock at the site of the incident.

Officials said 76 are still missing in the ruins of Champlain Tower South in Surfside.

“Reporting these numbers has not gotten any easier,” Miami-Dade Mayor Daniella Levine Cava said at a briefing. “Please join me in keeping these families in your prayers.”

The new toll comes on the first day of a shift in work on the rubble from a search and rescue hunt for survivors to a recovery mission seeking to remove the bodies of victims from the pile.

Hundreds of first responders have now toiled on the rubble for more than two weeks, since the building collapsed early on June 24.

Relatives of the missing, who had long held out hope that their loved ones could still be found alive, were given the grim news on Wednesday.

At 1:20 a.m. Thursday, workers on the pile stopped for a moment of silence to honor the dead and missing.

On Thursday, Miami sports icon Dwyane Wade, who spent the bulk of his 16-year NBA career with the Miami Heat, visited the site and gave weary first responders a pep talk.