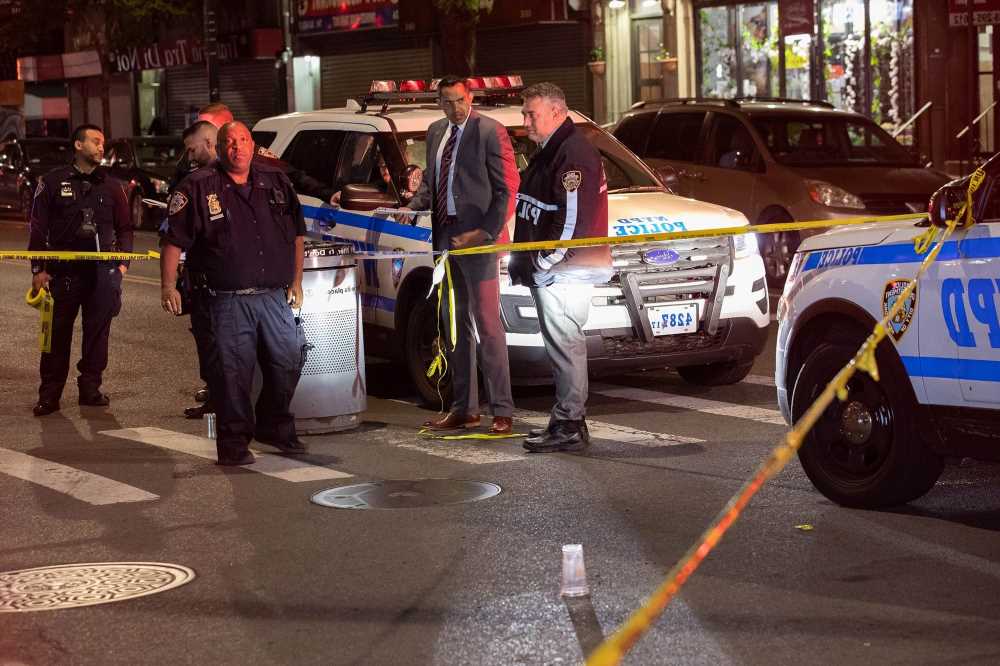 Four people were shot overnight — including one fatally — as gun violence continued in Brooklyn and the Bronx, cops said.

The most recent shooting came at 1:25 a.m. Monday, when a 16-year-old boy was struck in the left arm in the Belmont section of the Bronx, cops said.

The teen was walking on Belmont Avenue near East 188th Street when a gray sedan pulled up next to him and someone started firing in his direction, according to police sources.

He tried to get away, but the motorist caught up to him and opened fire again, the sources said.

The victim was taken to St. Barnabas Hospital in stable condition.

Around 12:35 a.m., a 31-year-old man showed up at the Kings County Hospital Center emergency room in Brooklyn with a gunshot wound to the chest, cops said.

He later succumbed to his injuries at the hospital, police said.

It was not immediately clear where he was shot, and the circumstances surrounding the incident were also unknown.

About 15 minutes earlier, a 30-year-old man was shot in both legs and one shoulder when someone let off rounds during a dispute outside a house party on Remsen Avenue near Avenue A in East Flatbush, according to cops and police sources.

Three shell casings were recovered at the scene, the sources said.

A 31-year-old man was blasted in the torso and one of his legs during an attempted robbery on Selwyn Avenue near East 172nd Street in the Claremont section of the Bronx around 10:30 p.m. Sunday, cops said.

Two armed suspects approached the victim, and another man, 38, demanding their belongings, according to police sources.

The older man told authorities he handed over his fanny pack — with $2,500 inside — to one of the suspects, while the other shot the victim while attempting to rob him too, the sources said.

The victim was taken to Bronx Lebanon Hospital by private means and was in stable condition, police said.

The suspects fled in a black Lexus, and three shell casings and one fired bullet were recovered, according to the sources.