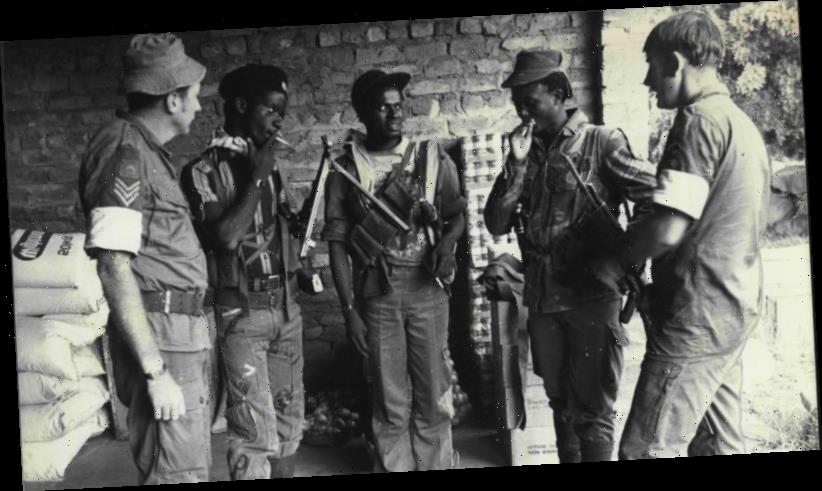 SALISBURY, December 25. — Australia’s role in the Rhodesian ceasefire was announced yesterday as the war raged on despite the signing of the agreement.

Australian troops will start entering the field tomorrow and take up positions in some of the country’s most sensitive areas. 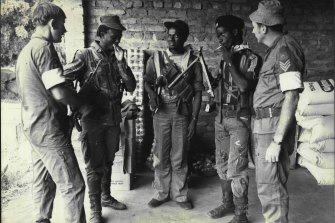 Two members of the Australian contingent from the Commonwealth Monitoring Force in Rhodesia.

The ceasefire comes into effect at midnight on Friday

At least 26 people have been killed since the ceasefire agreement was signed in London last Friday.

Australian soldiers will oversee five of the 16 places at which Patriotic Front guerilla will assemble in the ceasefire monitoring operation.

About 90 Australian troops will be deployed to observe the Patriotic Front soldiers while 40 men will watch the Rhodesian security forces.

The main body of Australian troops arrived today in a VIP Boeing 707 and a Hercules. 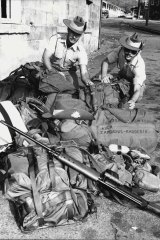 Australian soldiers assemble at Richmond RAAF Base prior to deployment to Rhodesia.Credit:Antonin Cermak

The first Australian soldiers are due to go out into their positions on Thursday after an intensive day-long briefing session tomorrow.

All Commonwealth troops are to be in their places by late on Friday in time for the formal midnight ceasefire.

A small Australian advance party led by the contingent commander, Colonel Kevin Cole, arrived on Sunday and had a full day of briefing yesterday.

The rest of the 131 Australians, originally due yesterday, were delayed by a cyclone over Mauritius. New Zealand and Fiji troops arrived with them.

Colonel Cole said today that there was a degree of risk for his troops.

But the British had obviously put a tremendous amount of time and effort into ensuring that the risk was reduced to “the lowest possible level”.

He said the troops would face four dangers: disease, wild animals, land mines, and the chance of a deliberate or accidental breakdown in the ceasefire.

Colonel Cole said he believed that diseases such as malaria and intestinal illness posed the greatest risk.

As for mines, “there was no way these could all be cleared before the ceasefire.”

Troops taking part in the operation will be using vehicles specially equipped for protection against mines.

There was also a risk if something goes wrong with the ceasefire — either by a deliberate act or an accident,” Colonel Cole said.

Teams manning Patriotic Front assembly areas will each have a military officer with them.

The five assembly points the Australians will watch are at Elim, Magadze, Marymount and Dendera, in the north-east, and Kari-Yangwe, in the north-west.

They are inland from the Mozambique border and the Australians will be dealing with forces from the Patriotic Front’s Zanu wing army, Zanla.

Australians monitoring the Rhodesian forces will be at Mount Darwin, Bindura, Mtoko and Sinoia in the north-east. Other troops will be with these forces at company bases in the area, but their exact locations have not yet been given.

The Australians will get to their posts by air and road.

Under the ceasefire agreement, Rhodesians and PF forces are allowed to engage in defensive military action where necessary until Friday midnight. All hostilities are supposed to end then.

Deaths since the ceasefire signing include three black members of the Rhodesian forces, 12 guerillas, six collaborators, four black civilians caught in crossfire and a bus driver whose bus detonated a mine.

In other incidents, a guerilla gang attacked a farm homestead in the south-east on Saturday and abducted several laborers.