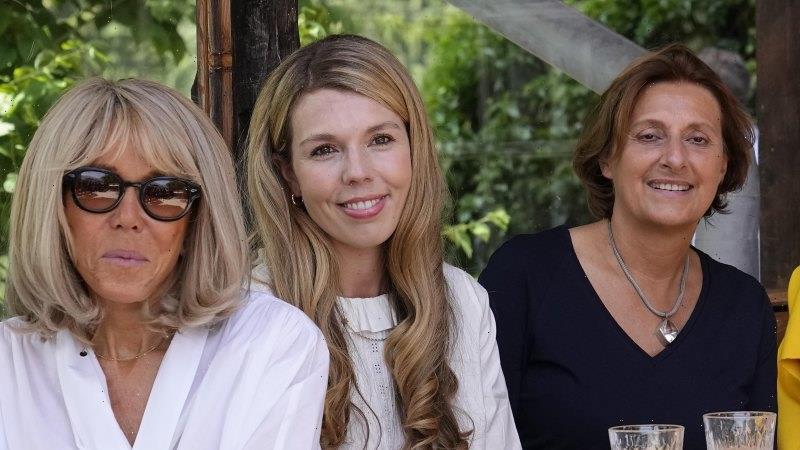 Berlin: Top secret German government documents were found strewn outside the Chancellor’s private apartment after his bin bags were torn apart by foxes.

Olaf Scholz has been criticised for disposing of confidential information in the bin after neighbours in Potsdam, on the outskirts of Berlin, found several papers marked “confidential” scattered across the street outside their home. 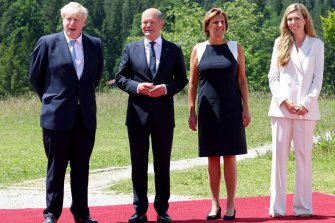 The documents mainly relate to Scholz’s wife, Britta Ernst, who is education minister in the state of Brandenburg, of which Potsdam is the capital.

The neighbours told German media it was clear at first glance that the documents, which had not been shredded, were government briefings strictly not for public consumption.

The rubbish included a briefing note produced by the German Foreign Office with information about the upcoming G7 Summit, including specifics about each of the partners of the G7 leaders.

The note included specific talking points about Carrie Johnson, the wife of British Prime Minister Boris Johnson, including that she had studied art and has a history of environmental activism. 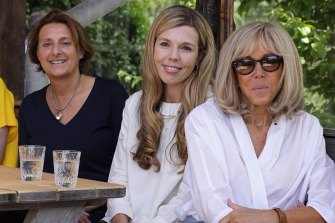 The papers, apparently for Britta Ernst, included notes on Carrie Johnson, and Brigitte Macron ahead of June’s G7 summit.Credit:AP

The briefing note about Maria Serenella Cappello, wife of Italy’s Prime Minister Mario Draghi, described her as an English literature graduate who “avoids the public”.

The briefing notes on US First Lady Jill Biden and the French President Emmanuel Macron’s wife Brigette include information about their occupations as teachers, while the entry of Yuko Kishida, wife of the Japanese Prime Minister Fumio Kishida, reads “secretary at (Japanese automotive company) Mazda”.

In addition to the G7 notes, the rubbish shows a detailed plan of what Ernst was to wear at several official events, such as when casting a ballot in last September’s federal elections (jeans, blue shirt, thin blazer) and at the election afterparty (black Hugo Boss suit, grey shirt, chain with stone, black trainers, black Anke Runge bag).

The rubbish also included a draft speech she was to give to the parliament in Brandenburg, a detailed schedule of where she would be and who she would be meeting, and evidence of her signing up for courses to improve her English.

Several of the documents were classified “VS Confidential”, the highest standard for government documents. According to the classification system, the documents must remain on the premises of official government buildings, or be taken for official trips.

The couple came under fire in the German media, with several outlets questioning the decision to dispose of the documents in such a manner, given that they both have several decades of experience in politics and the public service.

Germany’s Spiegel magazine said the Chancellor and his wife “apparently have a relaxed relationship with confidential documents”, while tabloid Bild also hit out at couple’s recycling habits, writing: “In the Scholz house, they don’t take it very seriously when it comes to waste separation – and certainly not when it comes to keeping secrets.”

Scholz, who took office in December 2021, has faced domestic and international criticism in recent months amid steep hikes in the cost of living along with an apparent failure to properly provide heavy weapons to Ukrainian troops despite promises of support.

His government is also under increasing pressure ahead of likely gas shortages this coming winter as a result of Germany’s heavy reliance on Russian gas for energy.