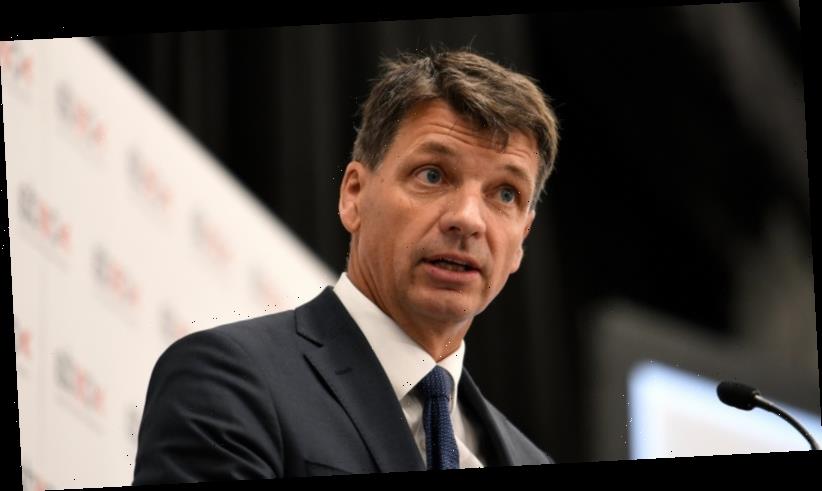 Washington: The collapse in global oil prices will benefit Australian taxpayers by reducing the money the Morrison government needs to spend to tap into the United States' emergency fuel reserves, according to Energy Minister Angus Taylor.

Taylor on Monday (Tuesday AEDT) signed a deal in Washington with the Trump administration to purchase oil from the US government's vast Strategic Petroleum Reserve. 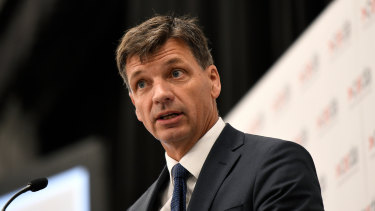 Energy Minister Angus Taylor has visited Washington to sign an agreement to buy fuel from the Trump administration.Credit:AAP

Taylor’s US visit coincided with the outbreak of a price war between Saudi Arabia and Russia that has caused oil prices to hit their lowest levels since 1991.

"Lower fuel prices will mean lower costs for us," Taylor told The Sydney Morning Herald and The Age.

"It will make it less expensive for us to increase our supply and met our international commitments."

The deal with the US will help Australia meet its international obligations and minimise the risk of economic damage if there is a sudden reduction in global oil supplies.

The need to bulk up oil supplies has grown increasingly acute recently because of the volatility in key shipping routes such as the Strait of Hormuz off Iran, and the South China Sea.

The International Energy Agency (IEA) requires countries to have enough fuel to last 90 days, but Australia has fallen well below that benchmark in recent times.

"Our country has a gap to fill and this is going to help us do that," Taylor said.

He said Australia's purchases would start modestly start with and scale up as required. He said the government did not yet know how much money it would spend purchasing the US oil.

The US Strategic Petroleum Reserve was set up by president Gerald Ford in 1975 to keep the country running in a crisis, and involved storing fuel underground in massive caverns in Texas and Louisiana.

Taylor said the deal reflected the strength of the Australia-US alliance, as well as the successful American efforts to become more energy independent.

Taylor met with US Energy Secretary Dan Brouillette in the US capital and will travel to the oil and gas state of Texas to meet with top industry executives there.

He said falling oil prices would deliver a boon to Australian motorists.

"A reduction in fuel prices is a good thing for the Australian consumer and it is important that it be passed on.

"We will be monitoring very closely to ensure that lower global oil prices mean lower prices at the bowser."

The decline in oil prices played a huge role in the US sharemarket's massive losses on Monday (Tuesday AEDT), which represented the biggest one-day drop since the 2008 global financial crisis.

The price of West Texas Intermediate crude crashed by 25 per cent on Sunday (Monday AEDT), before rising by four per cent the following day.

The impact of the coronavirus has reduced the global demand for oil, especially in China.