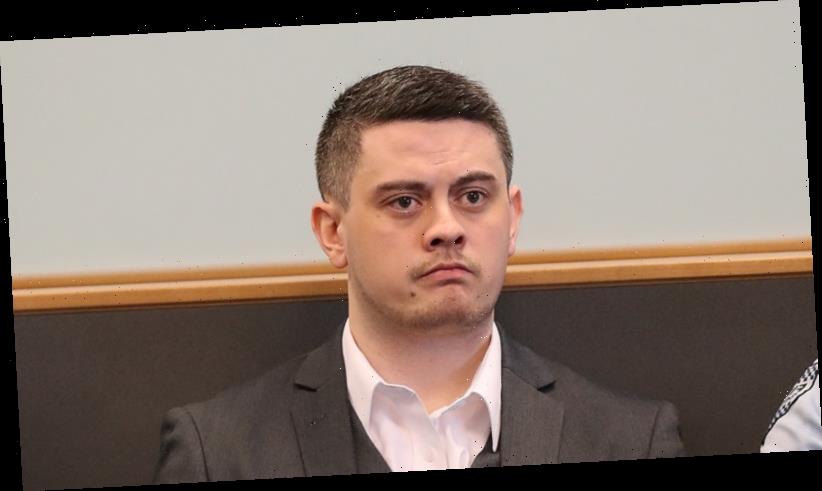 The man who murdered British backpacker Grace Millane in New Zealand can now be named as Jesse Shane Kempson after a court order suppressing his identity finally lapsed.

It can now also be revealed that since being jailed for Millane’s murder, he has been convicted of two other crimes: raping a woman in a motel room just months before he met Millane; and seriously assaulting and sexually violating a former girlfriend in 20xx.

Kempson, now 28, was allowed to keep his name secret through all three court proceedings as his defence counsel argued naming him would prevent him getting a fair trial. 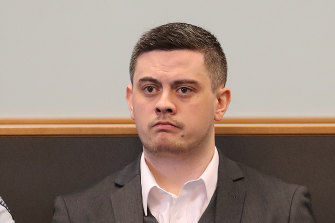 Jesse Shane Kempson appears in the dock on February 21, 2020 in Auckland, New Zealand, when he was sentenced to 17 years in prison for the murder of Grace Millane. Credit:Getty

While Kempson's identity has previously been revealed by British media, his name was released on Tuesday after a last-minute bid to keep it suppressed was rejected by the Supreme Court.

On Tuesday, the Millane family said in a statement to the BBC, which also named the murderer: "As a family we do not think about him or speak his name”.

The family said the suppression of Kempson's name had allowed people to remember Millane – “a young, vibrant girl who set out to see the world, instead of the man who took her life. To use his name shows we care and gives him the notoriety he seeks. We instead choose to speak Grace's name". 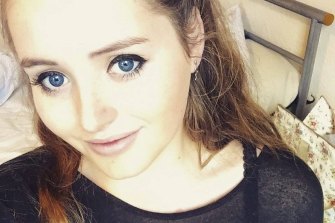 Grace Millane’s family say they never speak of her murderer but instead of their “young, vibrant girl”. Credit:Stuff.co.nz

Kempson was convicted in 2019 of murdering Millane, 21, in Auckland in December 2018. He was jailed for life, with a minimum non-parole period of 17 years.

In the Court of Appeal’s judgment issued on Friday, Justice Stephen Kos said Justice Moore was correct in finding Millane was particularly vulnerable at the time of her death.

Justice Kos also said Kempson's behaviour after the murder afterwards showed the murder was committed with a high degree of callousness.

Kempson’s abuse of women began long before he met Millane.

Two separate trials heard evidence of a man who met victims through Tinder, lied about his background and could turn violent very quickly.

To one woman, Kempson claimed his family owned a string of Sydney restaurants, that he had a law degree and was the heir to a fortune.

Instead, the court heard that Kempson was brought up in Wellington before moving to Australia with his mother as a teenager but, by 2011, he was back in New Zealand and living at a boarding house in Wellington.

In October this year, he was found guilty of serious violent and sexual charges against a former girlfriend.

During the trial, the woman told police Kempson tried to kill her on January 19, 2017, chasing her around the house with a knife and choking her, before forcing her to perform sex acts on him.

“I accepted my fate and became numb to the abuse and turned a blind eye,” she said.

In December 2018, 20 months after the woman left Kempson and was granted a protection order, she recognised her ex-boyfriend in a a blurred image in media reports of Millane’s disappearance, and contacted police.

“I didn’t want to bring up my past again but I also wanted the truth to be out about how he is and the pattern of behaviour and this whole thing could have been avoided,” the woman said.

Justice Timothy Brewer found Kempson guilty of serious assault and sexual violation and sentenced him to seven years and six months in prison.

In November this year, Kempson was convicted of raping a young British woman in April 2018 – just months before he killed Millane.

During the trial, the woman told the court she'd recently arrived in New Zealand and met Kempson on Tinder.

At a motel where Kempson was living, she says he became enraged when she told him to stop attempting to touch her.

She said: “I’ve never been shouted at like that before by anyone.”

Crown prosecutor Claire Paterson said Kempson used emotional blackmail to get the woman to stay at the motel, before raping her.

The victim said she discovered Kempson was the man charged with killing Millane after her work colleagues found overseas media coverage naming him.

She instantly recognised photos that matched his Tinder account and notified police.