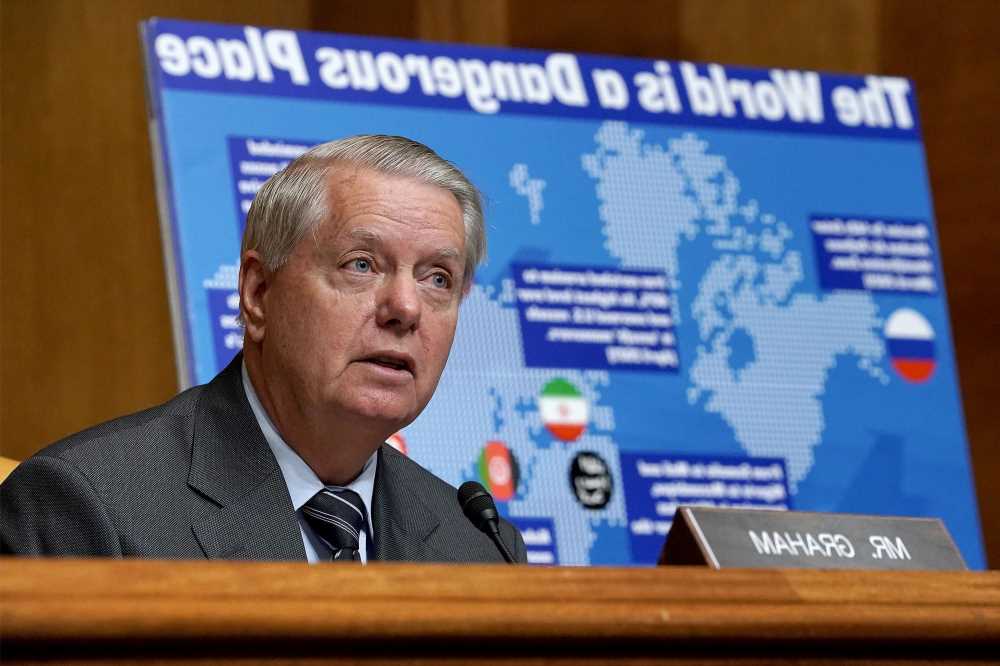 Earlier in the day, the two world leaders unveiled an updated version of the 1941 Atlantic Charter inked by Franklin D. Roosevelt and Winston Churchill during World War II. While the original version committed the US and the UK to be leaders of the post-war world, the updated document identified urgent 21st century issues including, in Biden’s words “cybersecurity,” “emerging technologies,” “global health,” and “climate change”.

“We’ve had two cyberattacks on our economy coming from Russian territory, by Russian organizations I think are given a pass by the Russian government. They’re probably working together, to be honest with you,” Graham told “The Ingraham Angle”. “And you have growing evidence that the coronavirus came out of a lab in China, not nature. And is Biden asking the Europeans to do anything to push back against Russian cyber-terrorism? Is he even talking about what we should do to rein China in? No.

“This is just all fluff and happy talk,” added Graham, who added, “I miss Trump.”

The three-day G7 summit at the Carbis Bay resort in Cornwall in southwestern England will host the leaders of Canada, France, Germany, Japan and officials from the European Union as well as Biden and Johnson.

“Let’s just be honest,” Graham said. “The bad guys were afraid of Trump. Who’s afraid of Biden? The Europeans are talking about doing a trade deal with China as China dismantles Hong Kong’s democracy and is engaging in genocide against the Uighurs. So, this just blows my mind.

“They’re talking about going back into the Iranian nuclear deal even though Iran hasn’t changed its behavior at all. I can tell you one thing, the Israelis miss a stronger American president.”

The summit is the first major event of Biden’s first overseas trip, which will last a week and include summits with NATO allies and the EU, as well as meetings with Queen Elizabeth II, Turkish President Recep Tayyip Erdogan, and Russian President Vladimir Putin.