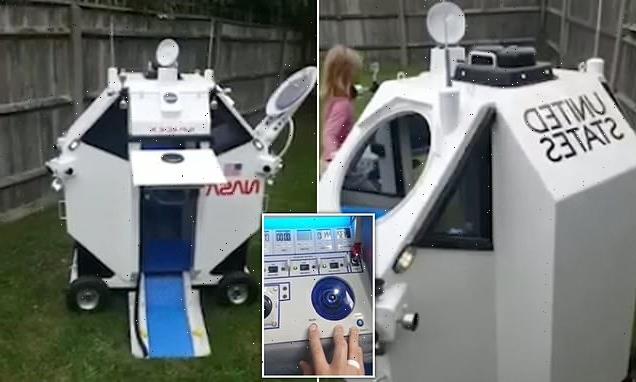 Raising the grandpa game! Doting grandfather builds mini Space X module complete with working doors, buttons and lights for grandson who wants to be an astronaut

A grandfather in Southampton has received heaps of praise after building an incredible replica of a Space X module for his grandson – who dreams of being an astronaut when he grows up.

In a video shared online at the start of this month, the white ‘NASA’ shuttle can be seen emitting steam when its ‘thrusters’ are activated, while a mini radar dish atop the shuttle rotates.

An American flag and ‘United States’ can be seen emblazoned on the outside, while inside, a sophisticated panel of buttons operates everything from the radar, thrusters and steam to the main engine and blue lights. 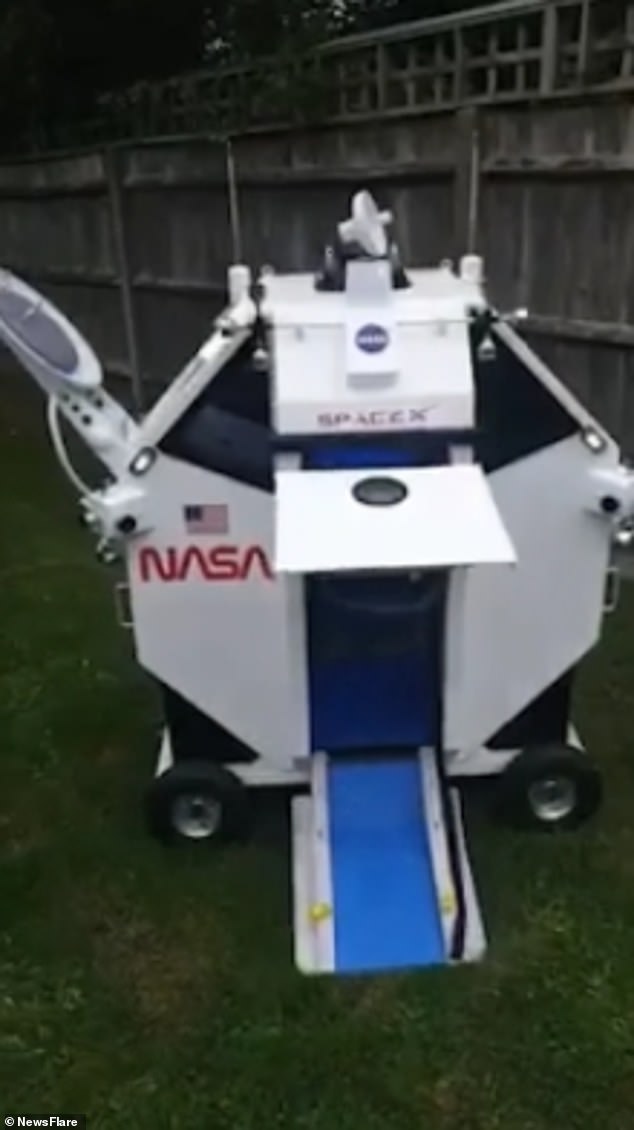 The shuttle replica was made by a grandfather in Southampton who wanted to surprise his grandson, who dreams of becoming an astronaut 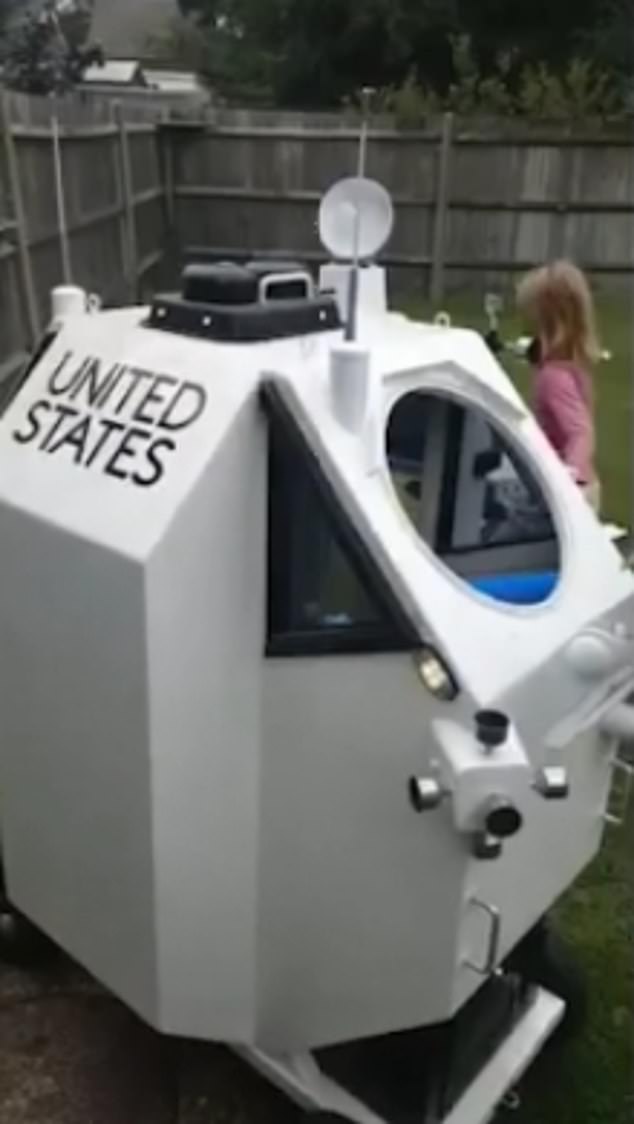 In a video shared online, the white ‘NASA’ module can be seen with a rotating radar, escape hatch, steam emitting pipes and access doors 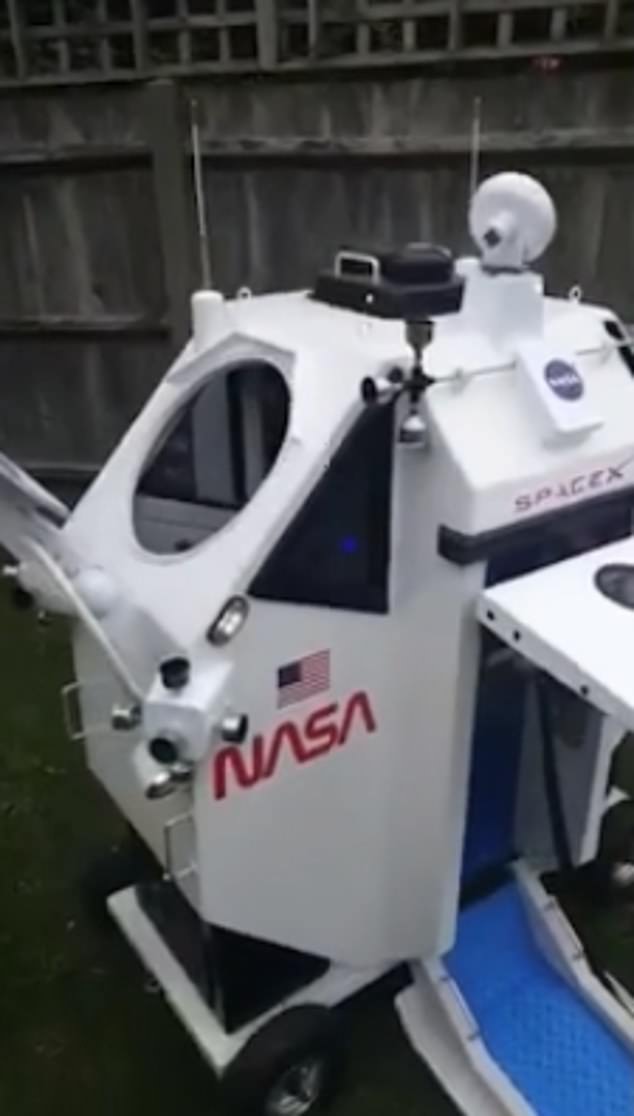 The shuttle was created by ‘Grandpa Patrick’ in his garage, according to the social media user who posted it 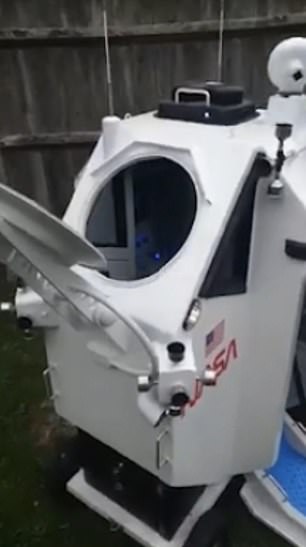 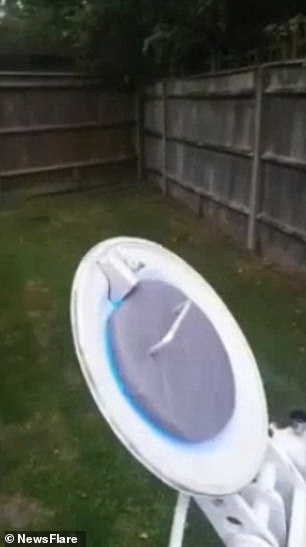 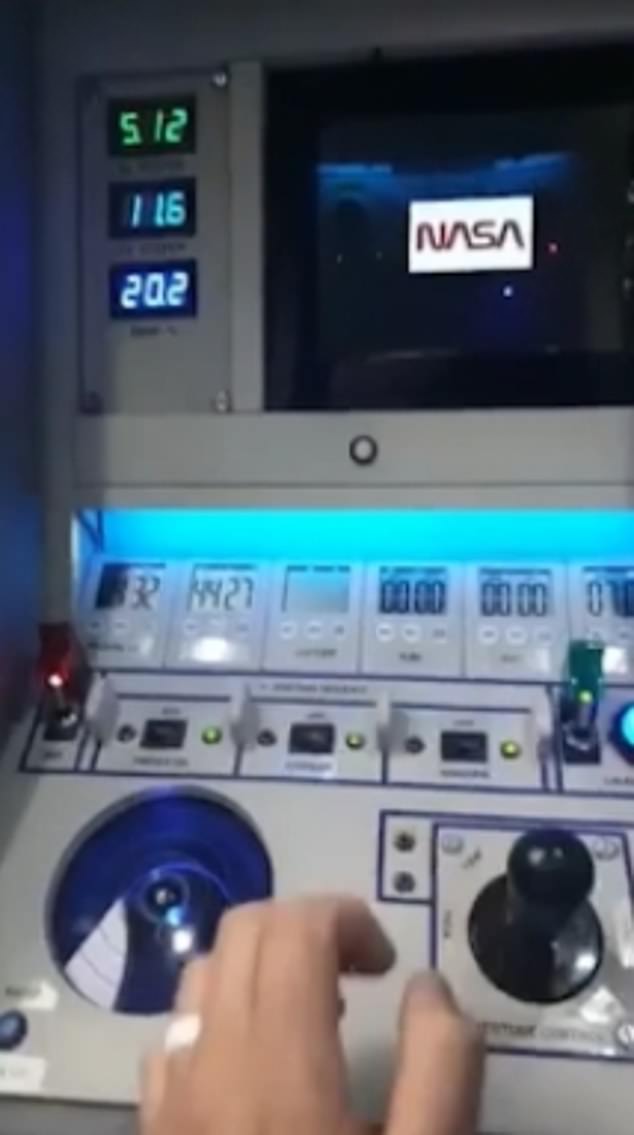 Inside the module, a sophisticated panel of buttons operates everything from the radar, thrusters and steam to the main engine and blue lights 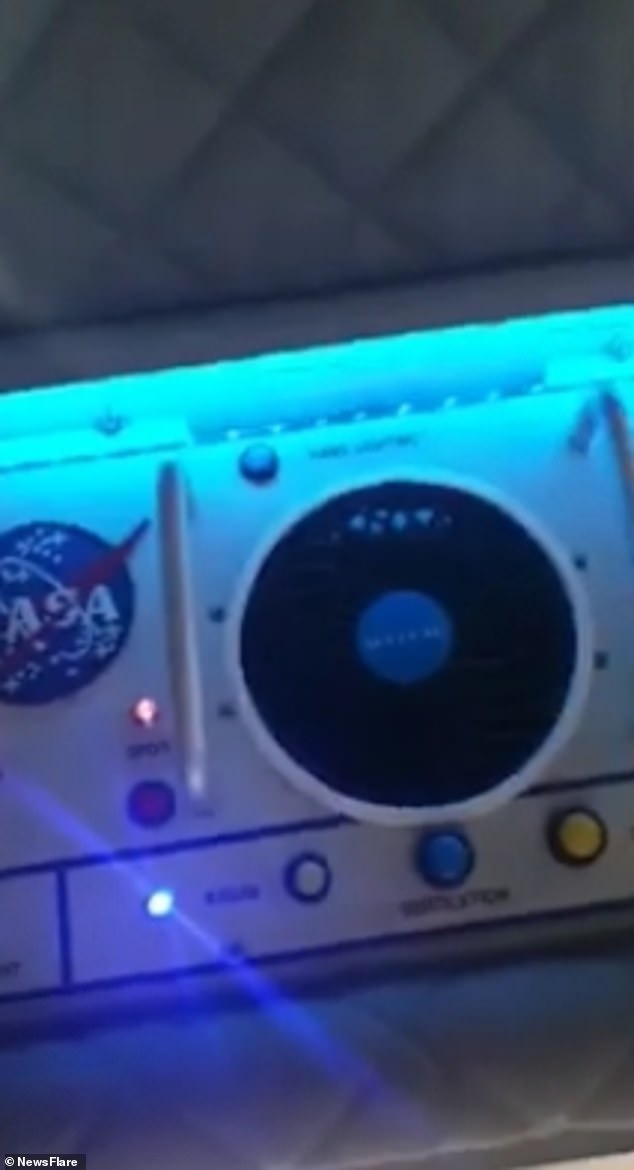 A panel of buttons on the ceiling also operate the radar, thrusters and a fan

The poster who shared the video said: ‘My nephew’s grandfather knew that my nephew loved space and wants to be an astronaut.

‘He built this in his shed as a one off project and none of us knew about it until it “landed”.

‘Grandpa Patrick is a retired Esso technician. It really is a garage build, I’ve seen pictures of it under construction next to half built cars and other things.

‘It was a labour of love project for his grandkids – he even made them flight suits and helmets.’

They added: ‘Many features are not on the video such as speakers that play NASA flight recordings with various button presses, the door operates and it can even be put up on special “lander legs”.’

The creation has been praised online as ‘childhood defining’. 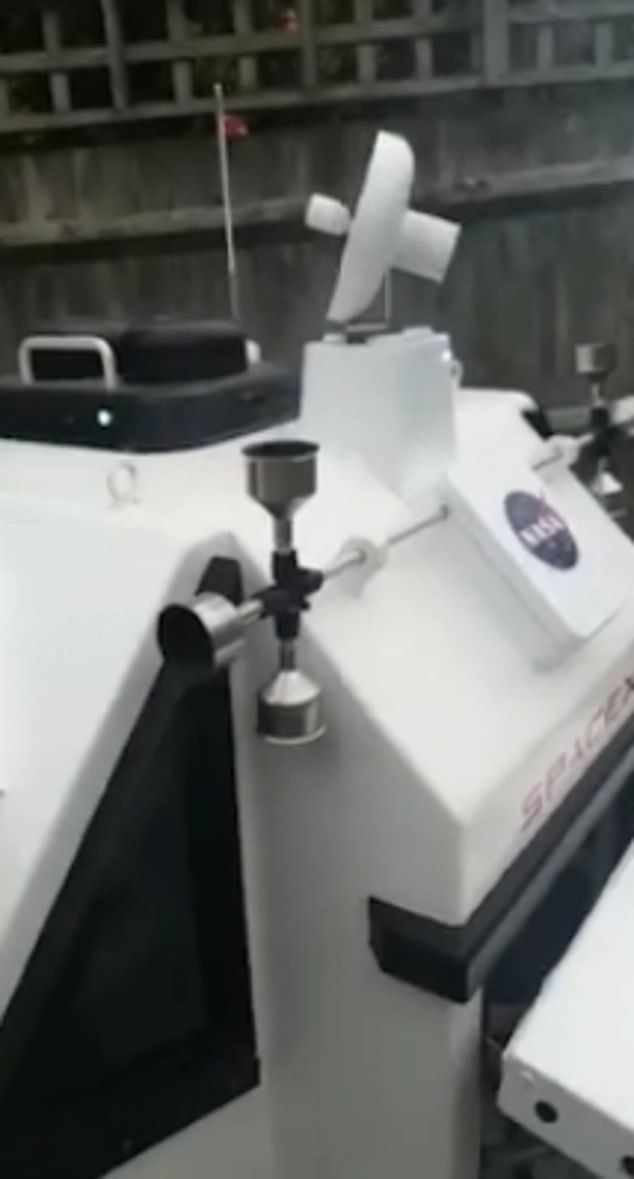 One Reddit user said: ‘Grandfather of the Year award right there.

‘A lot of love and dedication went into that project.’

Another said: ‘That is absolutely incredible that he built this. I can’t imagine the time and effort that went into this.

‘Those kids are incredibly lucky to have such an awesome grandpa.’

One craftsperson simply could not believe the level of detail in the device, which bears a resemblance to Space X’s dragon module.

They wrote: ‘Seriously, I build and prototype things for a living and the complexity and craftsmanship of this play-module awes and terrifies me.

‘I keep rewatching it…The hinge on that hatch, the running lights everywhere, the handles, switches, and LED panels, the vinyl seat cushions!’

Reddit users were in awe of the machine, with one saying it could easily fetch $100,000 if made to order

Another professional creator said they would ‘easily charge $100,000’ to build something similar.

They said: ‘I’ve worked on some professional projects that involved custom fabrication for things like this.

‘If a client hired us to design and build this kind of thing, we’d easily charge $100K to get it done.

‘Not just cutting up all the boards and running the wires, but just thinking up all the details, researching real components on a NASA module and all the fine detail and finish. That’s a lot of hours and a lot of different kinds of expertise.’

Another agreed, adding: ‘I was a fabricator and mechanic in a past life and this is incredible.

‘The amount of detail and custom work that grandpa put into this would cost easily tens of thousands of dollars at a pro shop.’