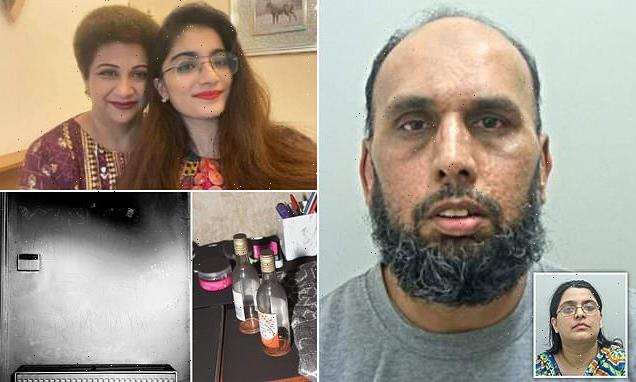 Handyman, 51, who poisoned doctor, 49, and her daughter, 14, with drug-laced smoothies then tried to frame it as a murder-suicide by writing ‘mum is evil’ on walls is jailed for life – as wife, 45, gets 30 months for giving fake alibi

A handyman who killed a doctor and her daughter after giving them drug-laced smoothies before attempting to frame them for a murder-suicide has been jailed for life.

He had attempted to blame a ghost named Robert for the appalling crimes, which has seen his wife Rabia Shahbaz, 45, jailed for 30 months for giving him an alibi.

The bodies of Saman and Vian were found on the morning of October 1, 2020, after police were called to their home address over concerns for their welfare.

Khan, of Burnley, had tried to frame his crimes as a murder suicide and even wrote fake angry messages on the wall trying to hint the mother had killed her daughter.

Sentencing Khan and Shahbaz, Mr Justice Goss told him: ‘These were premeditated, callous and merciless murders of a devoted mother and her young and loving teenage daughter.

‘The murders were planned and motivated by financial gain.’ 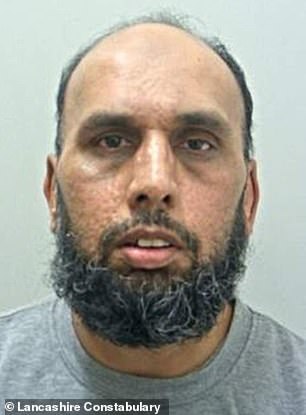 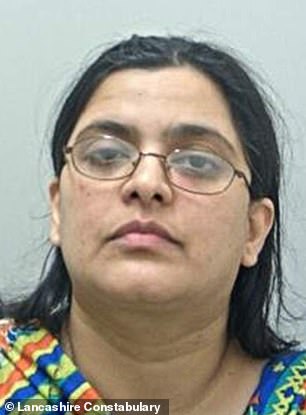 Shahbaz Khan, 52, and his wife Rabia Shahbaz, 45, have both been jailed over the murders 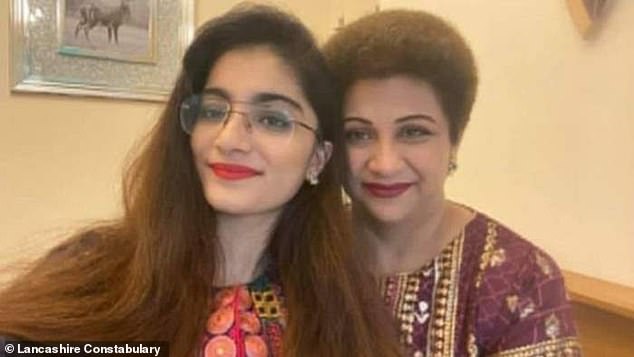 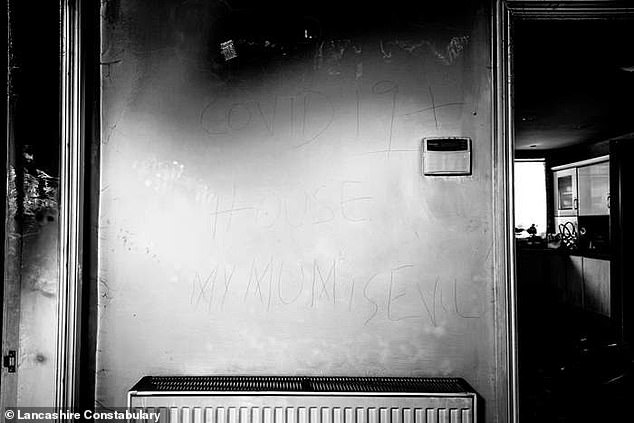 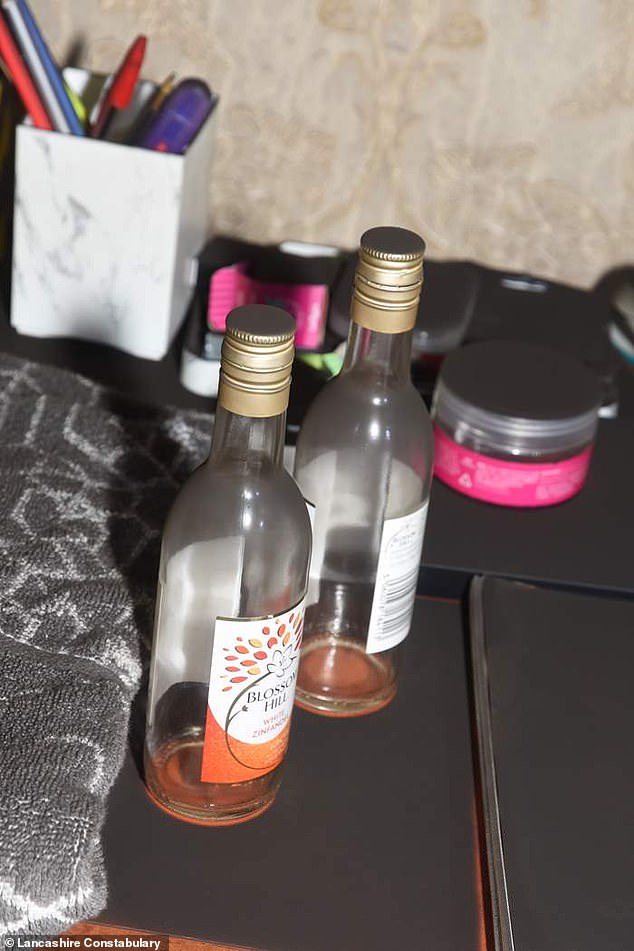 A post-mortem examination concluded Saman died from pressure to the neck, the home office pathologist concluding that it is likely that she had been strangled with a ligature.

Vian’s body was so badly fire-damaged that the pathologist could only say she died of asphyxiation ‘on the balance of probabilities’ based on bruising to the inside of her throat and the fact that she had a woollen item wrapped around her neck and in her mouth.

Both women had Diazepam – sometimes known under the brand name Valium – in their systems, suggesting they had been drugged prior to being killed.

Following the discovery of the bodies a major investigation was launched and officers pieced together CCTV, telephone records, witness and other evidence to establish Mr Khan had carried out the killings. 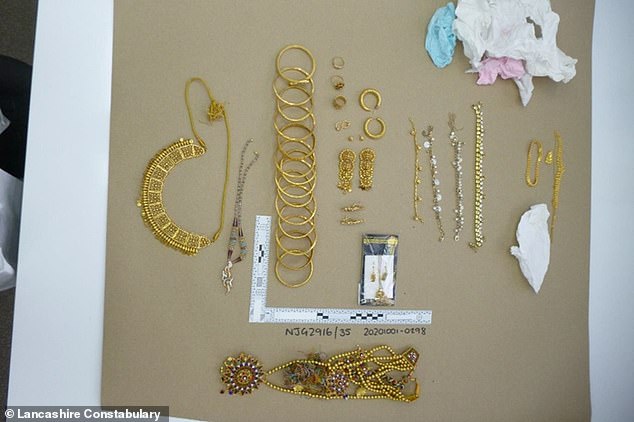 Jewellery belonging to Saman, worth £27,000, was later found in Khan and Shabaz’s loft

This evidence included CCTV footage which showed a figure approaching the house at around 11.50am on the day of the murders, and not leaving until around 10pm.

Khan later admitted he was the figure seen entering and leaving the address on September 30, but until the end of the trial denied murdering the mother and daughter, saying they were still alive when he left the house.

The prosecution argued that he had, in fact, drugged Saman by mixing Diazepam, Rose wine, fruit and a spice into a smoothie. Once she was drugged, and unable to fight back, he had killed her.

Vian had returned home from school at around 3.25pm that day, at which point she was also drugged and killed.

Prior to leaving the address it is believed Khan made attempts to cover his tracks by setting both bodies and a kettle in the kitchen alight to suggest the deaths had been caused by an electrical fire.

He had also scrawled graffiti on the walls which said ‘my mum is evil’ and ‘this is a Covid house’, which the prosecution said was done in case the fires didn’t take hold to suggest a falling-out between the two victims which had resulted in Saman taking her own and her daughter’s life.

A quantity of jewellery belonging to Saman, worth an estimated £27,000, was later found in Khan and Shahbaz’s loft by police.