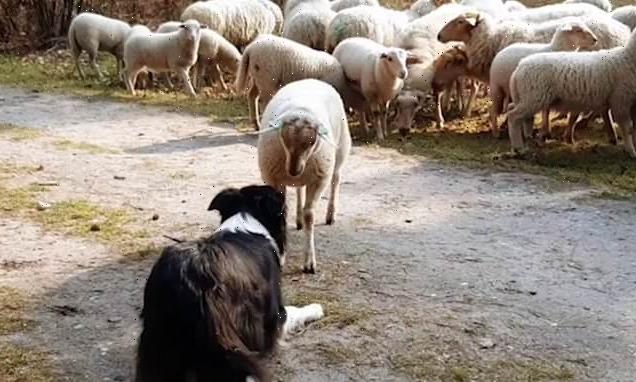 NOW who looks sheepish? Headstrong lamb refuses to back down in confrontation with sheepdog

Border collies are best-known for effortlessly being able to herd massive sheep flocks into tight groups on a farm.

But one headstrong lamb appeared to buck the rules as it decided to instead face-off with a working sheepdog that attempted to herd it in the Netherlands.

Footage shows the brave ram lamb standing away from its flock and refusing to move, despite the border collie’s best efforts to scare it away.

In the video, which was taken on April 21 in Roermond, the sheepdog barks and pounces towards the deviant livestock, but seems baffled when the lamb instead stares it down. 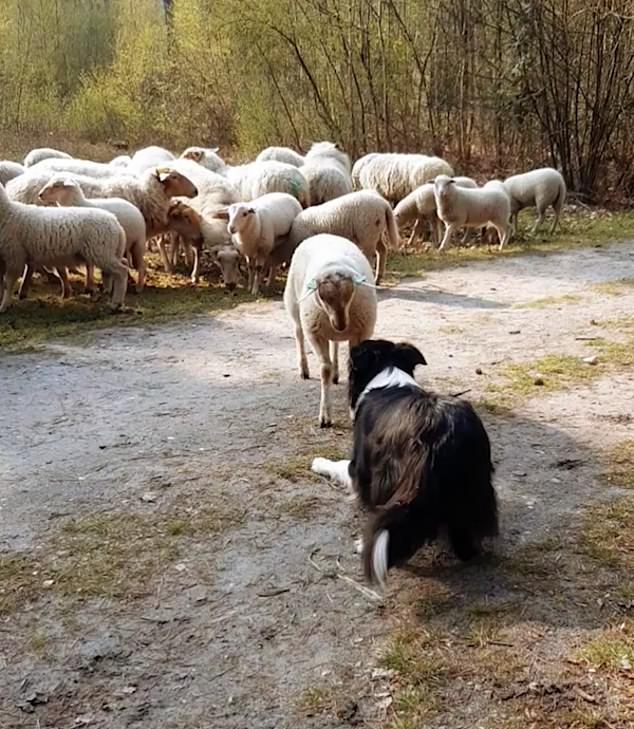 One headstrong lamb decided to buck the rules as it faced-off with a working sheepdog that attempted to herd it in the Netherlands, video footage shows

Despite the dog’s best efforts, the lamb seemed completely unfazed by the hound’s advances, which saw it jump towards the herd and bow down in a bid to push them backwards.

During the confrontation, another brave lamb decides to join in the battle and stand alongside its companion, but is quickly frightened off when the border collie barks.

The working hound eventually manages to get the lamb to shuffle backwards towards the herd by repeatedly jumping towards it and seems satisfied with its work.

But as the sheepdog begins to walk away, the stubborn lamb can be seen trotting away from the rest of the herd as it attempts to slyly get away.

Commenting on the footage, the farmer said: ‘At season start there is always that one ram lamb challenging the dogs.’

Viewers were left in stitches after watching the unusual clip, which has racked up almost 90,000 views on YouTube, and were quick to comment on the sheep’s sassy attitude. 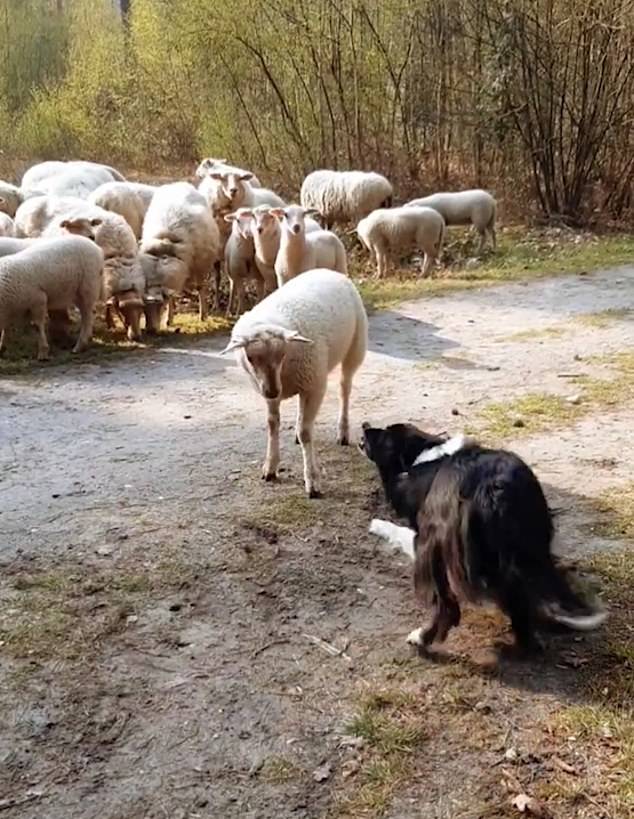 In the video, which was taken on April 21 in Roermond, the sheepdog barks and pounces towards the deviant livestock, but seems baffled when the lamb refuses to move

One person wrote: ‘No more will the lambs be silenced by a dictator.’

Another quipped: ‘There is always a leader, a brave one in every groups’

And a third commented: ‘Sheep was ready to risk it all. He knew he had an army with him’

A fourth penned: ‘Laughing my butt off. He’s like really dude. You want me to move. Make me.’

And another said: ‘The dog seemed puzzled… every trick didn’t work, he must be thinking; what the hell?!’