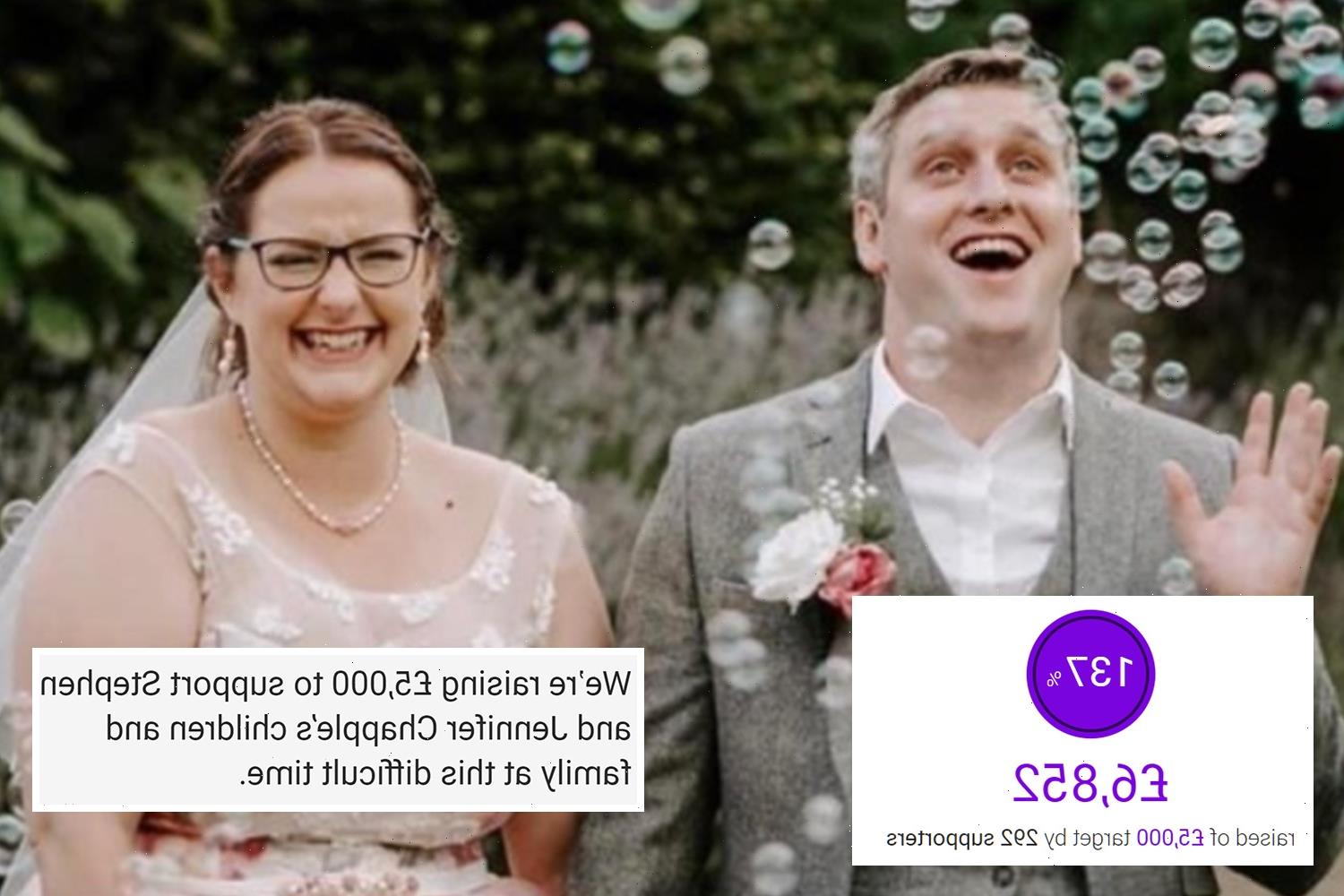 HEARTBROKEN friends and family are raising money for two young children who were asleep upstairs when their parents were allegedly murdered.

Police have confirmed the little ones, who are aged five and six, were in their Somerset house when Stephen and Jennifer Chapple were stabbed to death on Sunday night. 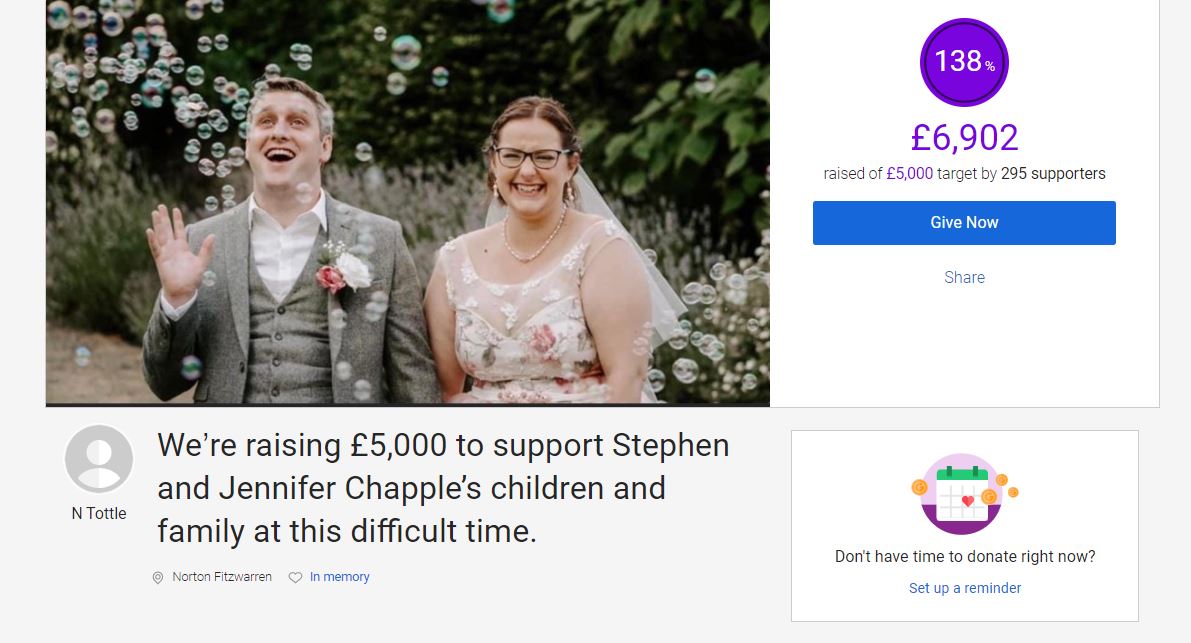 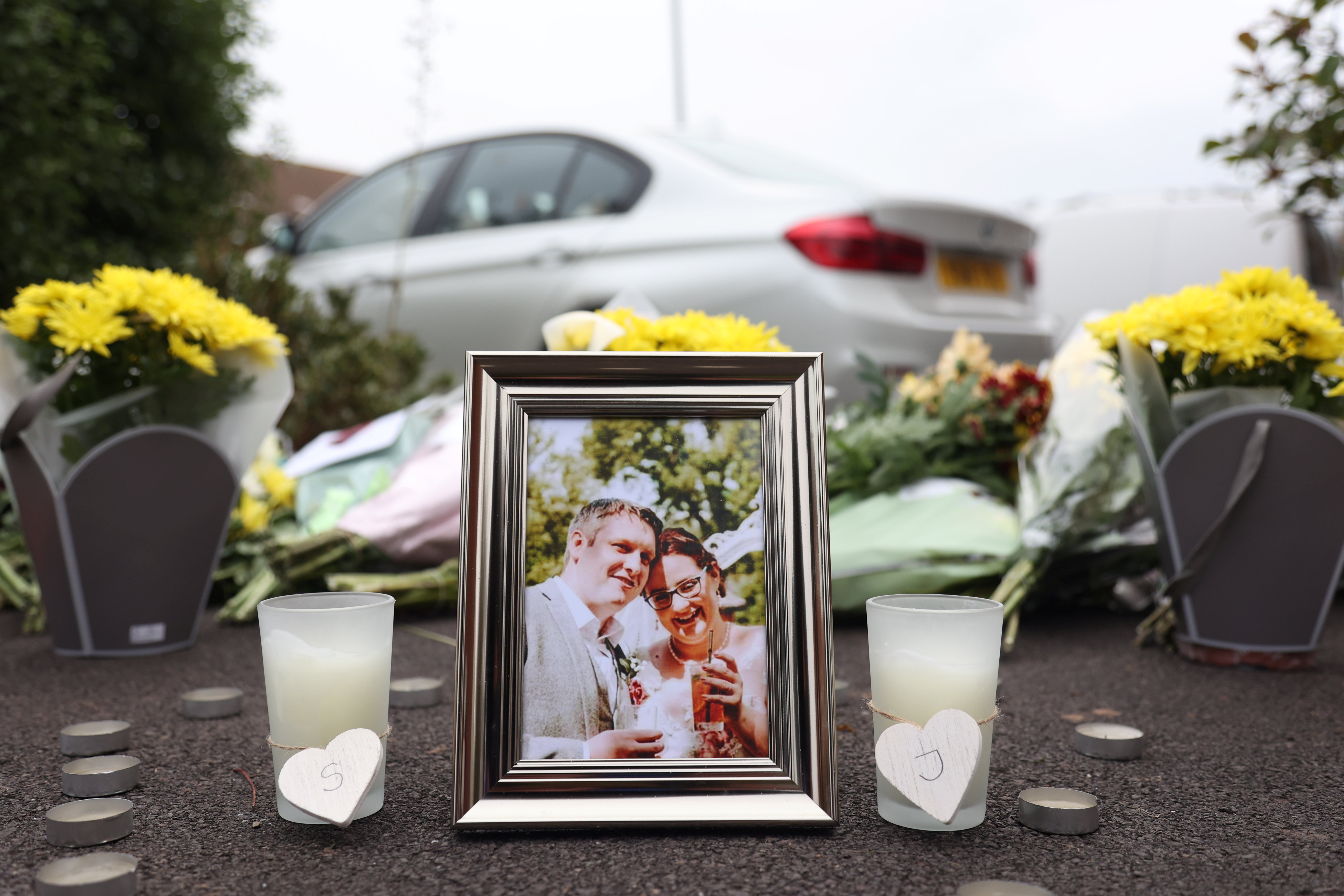 The boys are being cared for by a family member nearby.

Hundreds of people who knew the couple have now contributed to a fundraiser to support the youngsters as they grow up without their parents.

One pal has set up a Justgiving page, which aimed to raise £5,000 to support the Chapples' children and family.

"Stephen and Jennifer Chapple were devoted, loving parents that were loved by many," the friend said.

"Sadly they were taken away from this world far too early, leaving behind two beautiful children."

The little boys were unharmed during the incident at 9.45pm, cops said.

Detective Inspector Neil Meade, of the Major Crime Investigation Team, said: "Two young children were inside the property at the time of the incident.

"While thankfully they weren't hurt, they are understandably distressed at what has happened.

"They are being looked after and specially trained officers have been deployed to support the victim's families in what is undoubtedly the most difficult of times."

Ex Commando Collin Reeves – who, like the Chapples, lived in Dragon Rise, Norton Fitzwarren – was last night charged with killing the couple.

The 34-year-old is due to appear in the dock today.

It's understood there had been a previous dispute over parking in the little street before the tragedy.

Bouquets have been left in Dragon Rise by devastated loved ones.

Many have also written notes in tribute to Mrs Chapple, a garden centre worker and her husband, a computer teacher at a secondary school.

One pal said: "Make time for your friends. Make that visit to see family.

"You just never know what could happen tomorrow."

Another wrote: "Absolutely unbelievable. Cherish your friends and family you really don't know when it will be too late."

A third message read: "Jennifer, you lit up the street with your smile.

"You and Steve have been such wonderful friends since you arrived in our lives.

"Such a kind and welcoming couple.

"You have left a void that will be felt across all those who knew you.

"Words cannot express how much we'll miss you both." 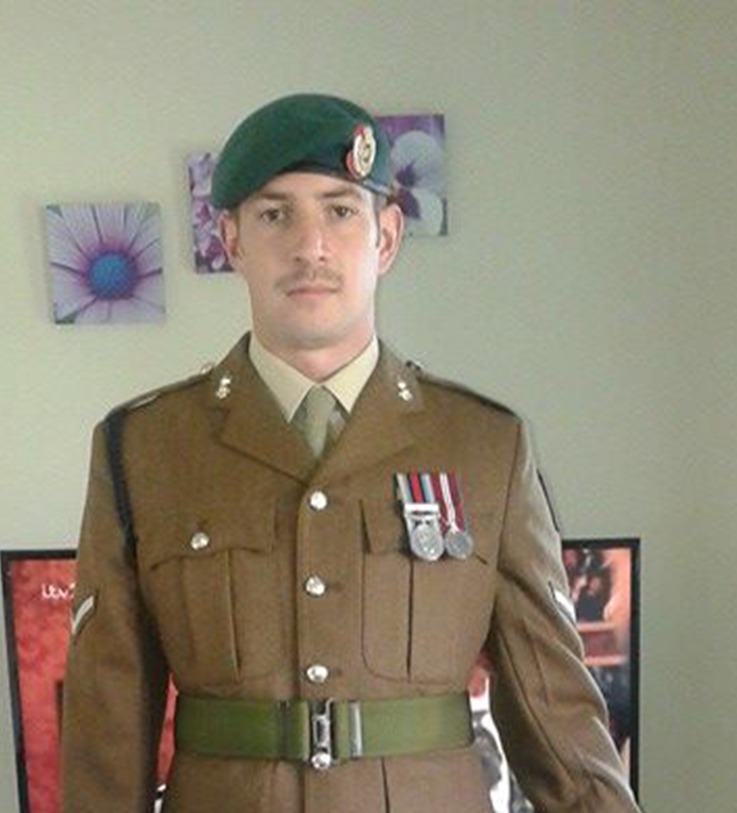 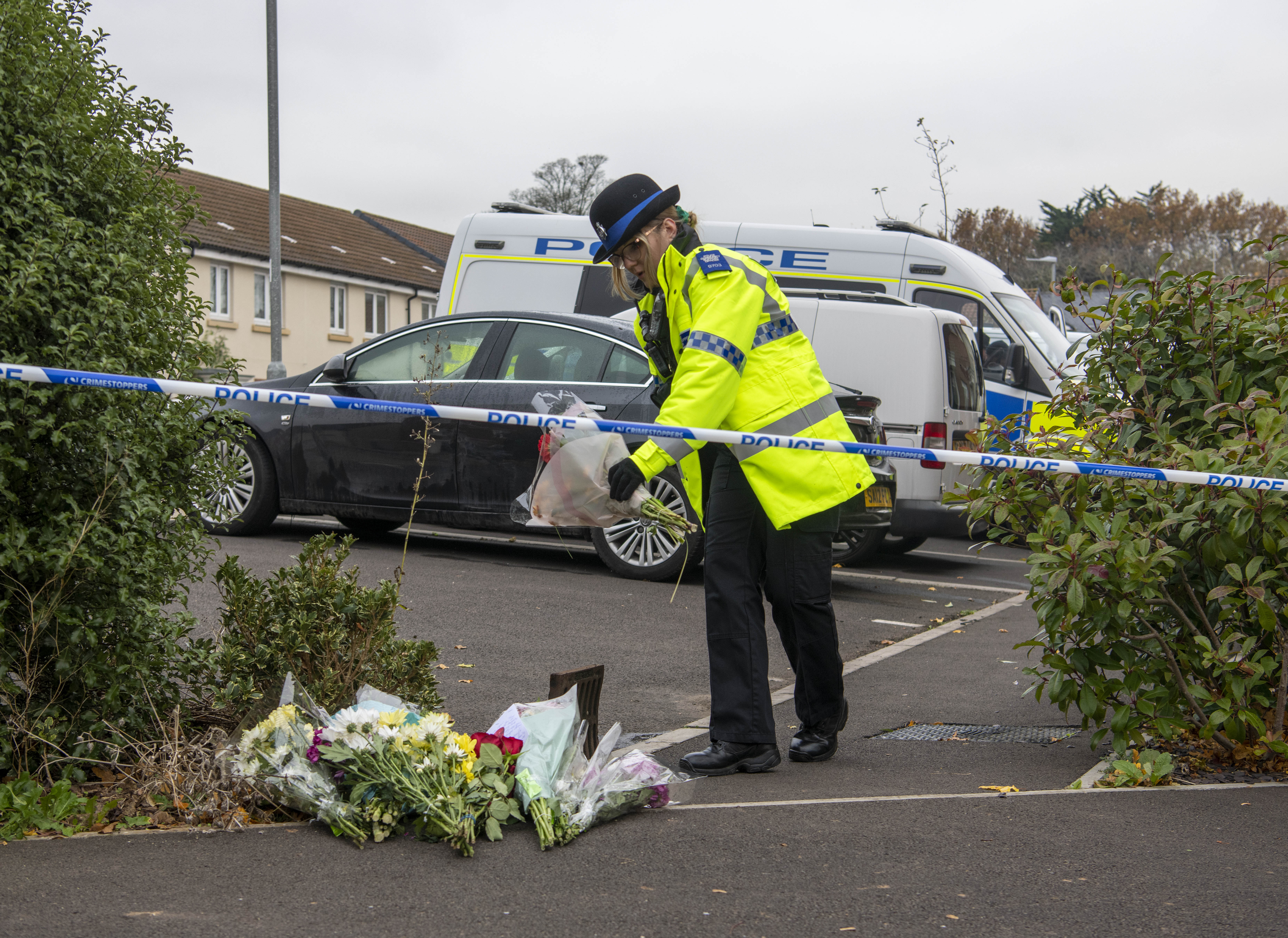 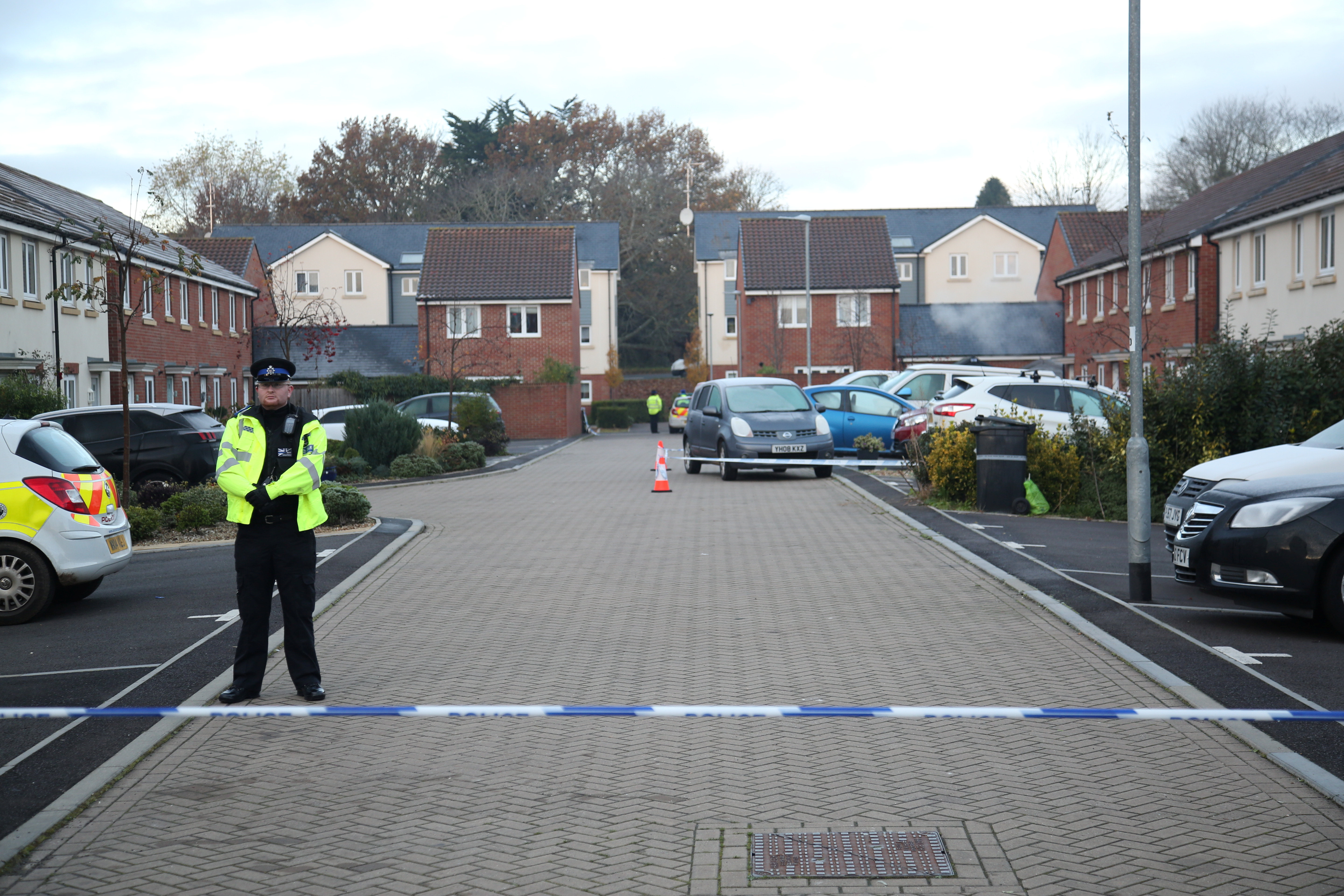