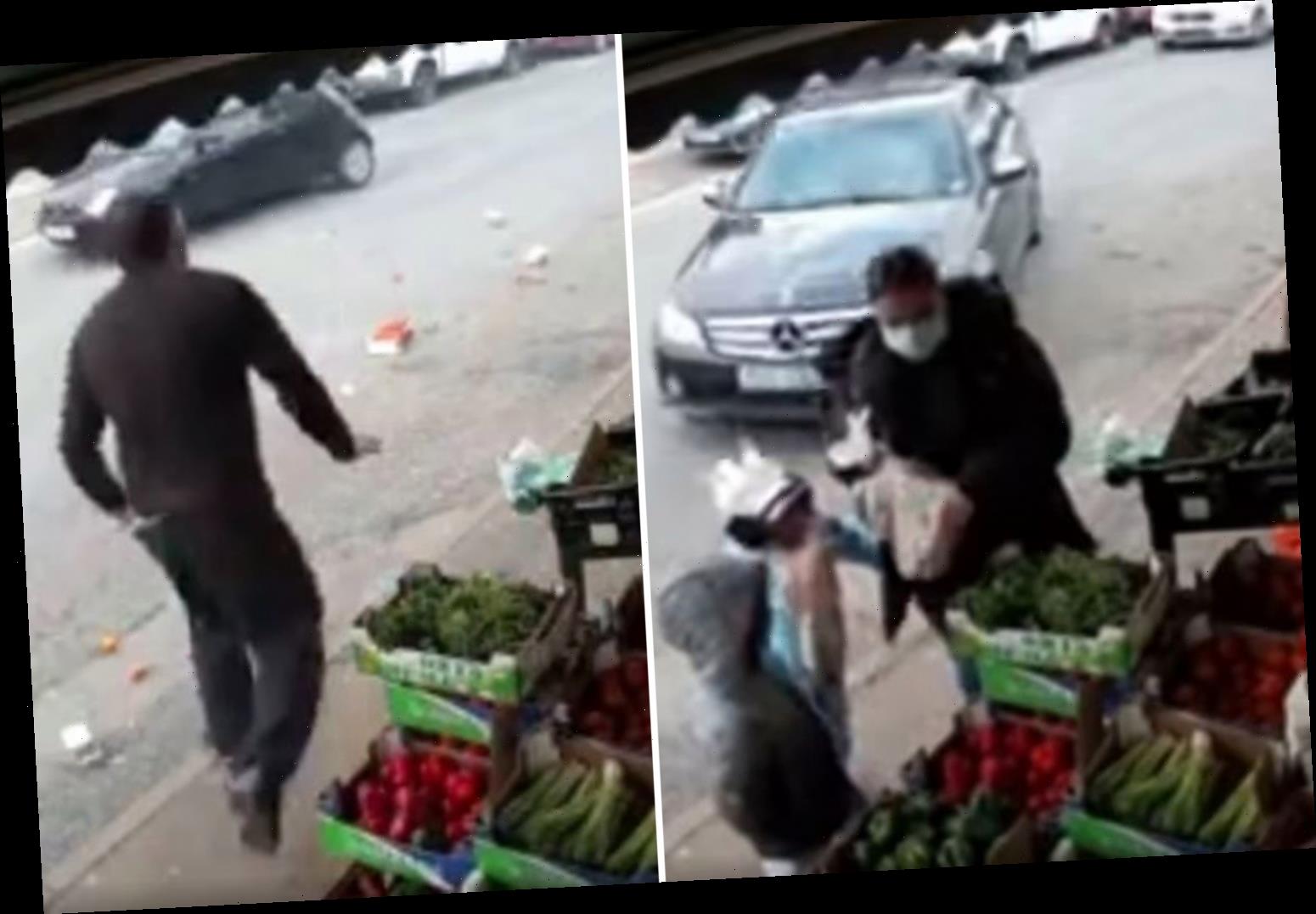 THIS is the heart stopping moment an out of control Mercedes hit a young girl and narrowly missed her brother before crashing into four other cars.

CCTV footage from Aziz Supermarket in Birmingham shows the driver of a black Mercedes plough directly into the fruit and veg stands, as the two young children are shopping with their mother.

The car then swiftly reversed and veered into four other cars, including a parked car, the shopkeeper has said.

Both the young boy, and his sister were looking ad fruit and veg, when the saloon car swerved towards them and knocked the young girl onto the floor.

In the video the mother swiftly picks up her daughter, and looks around before a cloud of black smoke comes from the car and it reverses back into the road.

The crash happened at around 3.30pm on Friday (February 12) and paramedics treated both the driver, and both children.

Both children were said to not have been left with serious injuries, but were taken to hospital for further checks as a precaution

The driver refused hospital treatment after being assessed by medics.

West Midlands Police said the driver of the car was believed to have had a “medical episode” and that no arrests had been made. 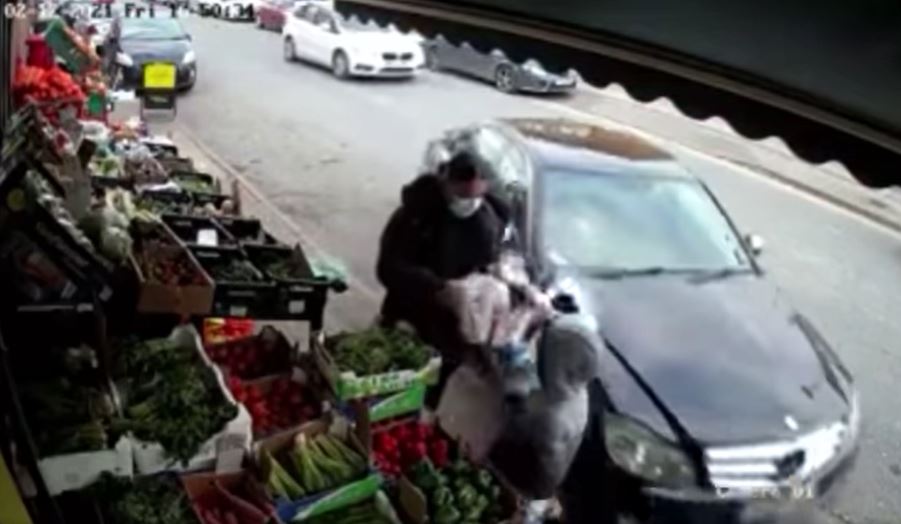 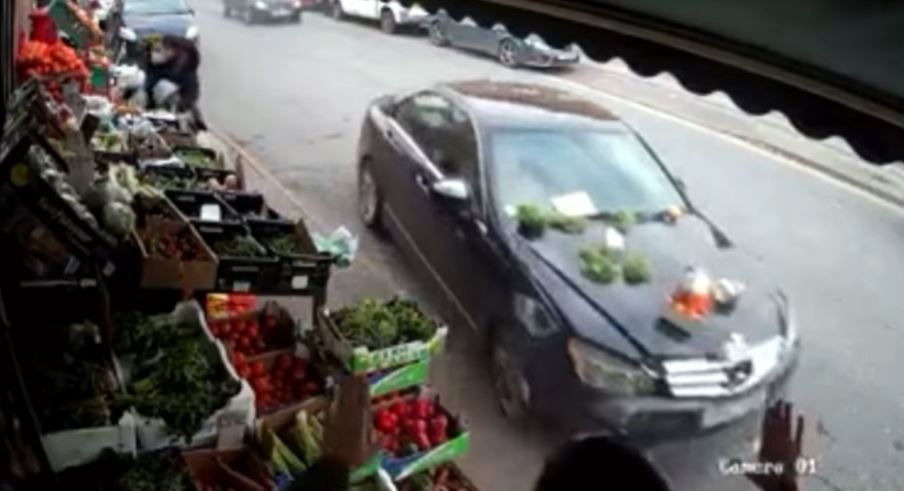 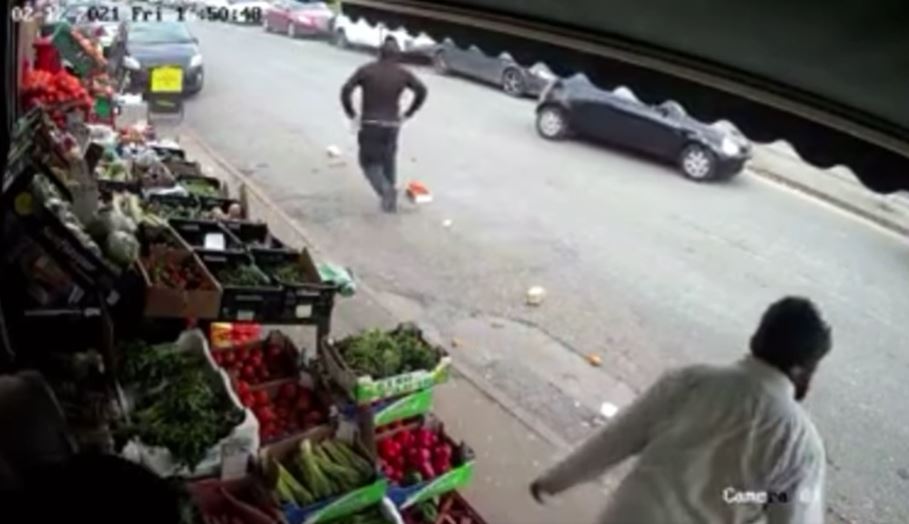 Mohammad Jawald, 42, who owns the shop told the Sun that the mother of the children is “distraught” and that the children are still in shock.

He said: “They are both customers, both the man and the children and their mum.

“It’s a very sad situation, but thank god everyone was okay.

“It wasn’t anything malicious, I don’t think he meant to do it, he was in his 80s.

“But I think people of that age they do need to do a driving test, because we’re hearing this happens quite a lot.

“I was just glad the kids were okay, nothing like this has ever happened here, its just one of those unfortunate incidents.

“It’s a miracle they are still alive if I’m honest.”

"The kids are in a lot of shock, they are okay and at home, but its just dripping slowly into them, they didn’t know what was going on, but the mum is obviously very distraught too.”

Speaking about the moment the car ploughed into his shop he said the cashier, ran to the rescue.

He added: “The cashier heard it and he went straight into the side of a vehicle out of picture, and knocked one of the fruit stands, I don’t know if he was just confused, but he just went backwards.

“He didn’t know anything, but he went out and recognised the man, and ran down the road, and tried to turn the engine off, the gentleman in the car was just in total shock.

“He went to go and see if the kids were okay, and went to see if they were okay.”