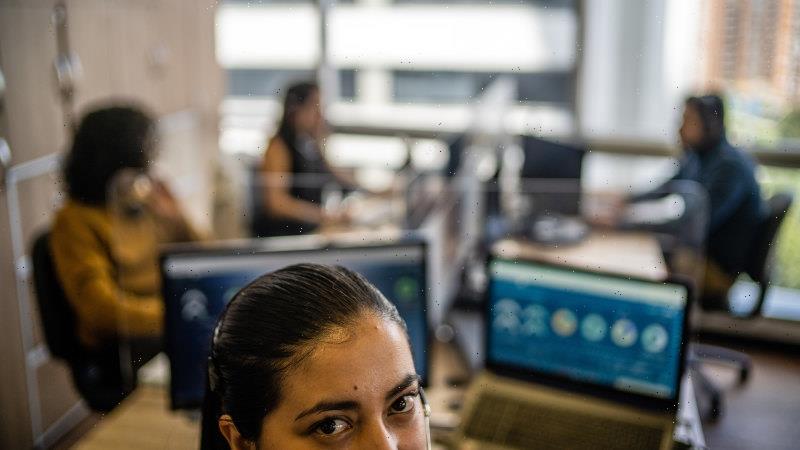 Bogota: The calls are often urgent and pleading.

I’ve hit my wife. I’ve lost my temper. I’m jealous and don’t know what to do.

Callers are young and old, wealthy and poor. But they all have one thing in common: They are men. 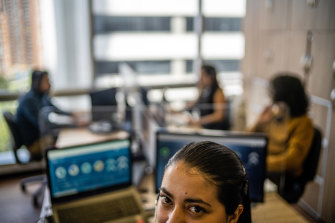 The new hotline they are calling is aimed at fighting violence against women. But instead of focusing on women, it puts men at the centre of the conversation, in an effort to teach them to understand their emotions and control their actions.

The shift is simple but profound. The idea of the Calm Line, as it is called, is not just to prevent violence, but to address what many experts say is one of its root causes: machismo, the often ingrained belief that men must be dominant.

By pushing men to focus on how that often unexamined attitude is hurting their lives and the lives of those around them, the program seeks to inspire a profound cultural change, said Nicolás Montero, who leads Bogotá’s culture office, which introduced the Calm Line in early September after a pilot that began last year.

“Imagine a headline in this society in 20 years,” Montero said. “‘Machismo has been eradicated from the national geography.‘”

The creation of the line comes as women in Latin America increasingly demand that society cast off norms that have limited them at home or in the workplace, even as they make strides in higher education, business and politics.

In recent years, women from Mexico to Argentina have poured into the streets in mass protests to push for the legalisation of abortion and call for an end to the violence they have suffered, and have become vocal participants in the #MeToo movement.

A feminist anthem, A Rapist in Your Path, written by a Chilean feminist collective, placed the responsibility for violence squarely on the shoulders of men, touching a nerve with women who performed it together in public spaces across the region and then the world. 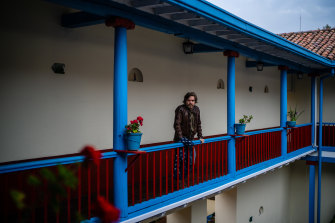 “The fault was not mine, or where I was, or how I dressed,” tens of thousands of women chanted in plazas and public streets beginning in 2019. “The rapist is you.”

It is in that context that a growing number of organisations, activists and policymakers in Latin America are pressing for programs that make men a central part of the conversation, even amid scepticism that men will participate.

In Colombia, where a woman is sexually assaulted every 34 minutes, according to government data, male and female university students have begun hosting workshops on “micromachismos,” or machista microaggressions, while nonprofits in Mexico, Costa Rica and Brazil offer therapy or courses focused on healthy masculinity. Some governments, beyond supporting education for abusers, now endorse fatherhood classes.

And across the region, dozens of men’s collectives with names like “Men at Work” now gather regularly to discuss their role in the patriarchy and diverse ways to be a man.

Mauro A. Vargas Urías, the founder and director of Gendes, a Mexican organisation that examines masculinity, said that machismo was an “oppressive” and “hegemonic” system but that it could be changed.

“Because it’s a system that we learned, we can unlearn it to relearn,” he said.

The Calm Line was started by the government of Claudia López, who last year became the first woman and the first openly gay mayor of Bogotá, a relatively liberal capital in a largely conservative Catholic nation. López has made confronting machismo part of her government’s plan, and the hotline, which costs the city of 8 million people about $US300,000 ($399,000) a year, is only one piece of that.

This month, Bogotá will begin a school for men, known as “Men in Care,” meant to teach husbands and fathers to tend to their home, their children and their partners.

The question for the creators of those programs has been whether men will show up. Many Colombian men say they recognise the existence of machismo, but far fewer see it in themselves.

Pedro Torres, 58, a taxi driver, described the line as a “good idea” but said he doubted men would call “out of embarrassment”. Besides, he added, he was not sure the service was necessary.

“Machismo is on its way out today,” he said, “due to women’s liberation.”

Men are calling in to the Calm Line, though, at a rate of a dozen a day.

The line’s dozen or so psychologists sit side by side at computers in a small office overlooking the city, headsets framing their faces. Some are just out of school; all of them are fluent in a kind of therapy that incorporates and challenges long-held assumptions about gender and power.

“I believed, and others believed, that men who commit violence would not call us to ask for help,” said Daniel Galeano, 26, one of the psychologists. “But something is happening, and maybe it’s that those old masculine models don’t work anymore.”

Essential to the psychologists’ work is the idea that machismo hurts not only women but also men, too, by confining them to a narrow set of emotions and roles — men must be strong, men cannot fail, men cannot cry — that leaves them prone to isolation, violence and social conflict.

Punishing abusers through the penal system when they commit crimes does not address the cause of the problem like prevention and education do, the line’s proponents argue.

The Calm Line is being advertised on television, radio and social media and through an associated TV miniseries, Calm, which features a cast of four male friends who support one another as they struggle with anger and control issues.

“Listen, Carlos, housework is normal work, like any work,” one character in Episode 2 says to a man whose wife has asked him to pitch in more at home.

Carlos, standing at the sink in an apron and looking as if he is on the edge of a nervous breakdown, stares at his friend.

“Of course I would!” the friend replies.

Calm Line callers are mostly cisgender but sometimes transgender, and they frequently phone in because they are struggling with jealousy. Sometimes they have custody problems or share that they are near the point of suicide. Fear, shame and confusion pervade many of the conversations.

“I think the line healed me a lot,” said Alex Rodríguez, 31, a transgender man who used it this year.

Calm Line psychologists also invite callers to sign up for free one-on-one workshops to help them work through bigger issues.

On a recent morning, Diana Tiria, 26, one of the Calm Line psychologists, started a workshop with a young man struggling with heartbreak.

“So, insecurity, which is associated with and which appears when you make a commitment,” she told him at one point, mirroring what he had just said. “Do you think that has to do with the concept of power?”

Then, toward the end of the session, she smiled at the computer and waved her palm at the camera. “High-five!” she said. “We’ve gotten to the point.

“That’s already an enormous change,” she went on. “You’ve recognised her consent and her voice.”