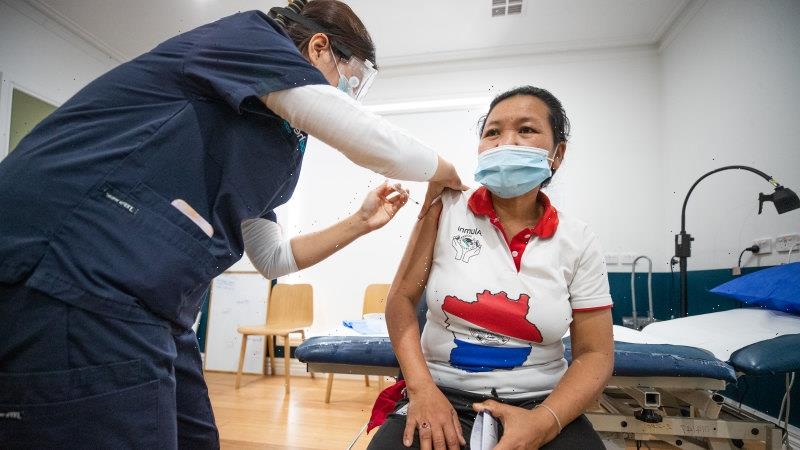 Victoria has recorded 392 new coronavirus cases on Sunday, after emergency department waiting rooms at Dandenong Hospital and a chemist at a major shopping centre in Melbourne’s north-west were deemed tier-1 exposure sites.

Just 107 of the locally acquired cases have been linked to current outbreaks, according to a post from the Health Department on Twitter.

There were 36,534 vaccination doses delivered across Victoria on Saturday, with more than 48,000 test results returned.

The number of active cases in the state now sits at 3112.

Both the clinic waiting room and main waiting room at the emergency department were listed as exposure sites after a case attended on the evening of September 8.

Chemist Warehouse in the major Taylor Lakes shopping centre, 20 kilometres north west of the Melbourne CBD, has been listed as an exposure site after an infected person attended the store on September 4 and again on September 6.

Anyone who has visited a tier-1 exposure site is required to isolate for 14 days and get tested as soon as possible. The number of exposure sites across the state has risen to 1085.

It has been just over five weeks since Melbourne’s sixth lockdown began, and it is not clear how the outbreak which spurred the restrictions began. One possibility is that the infections were a consequence of a new introduction of the Delta strain with NSW origins, which took root within just a few weeks, The Age can reveal.

Dr Norelle Sherry, a genomics expert with the Doherty Institute, said analysis of samples indicated there was “most likely” another introduction of the virus, separate to older outbreaks including a cluster seeded by NSW removalists that prompted the state’s fifth lockdown.